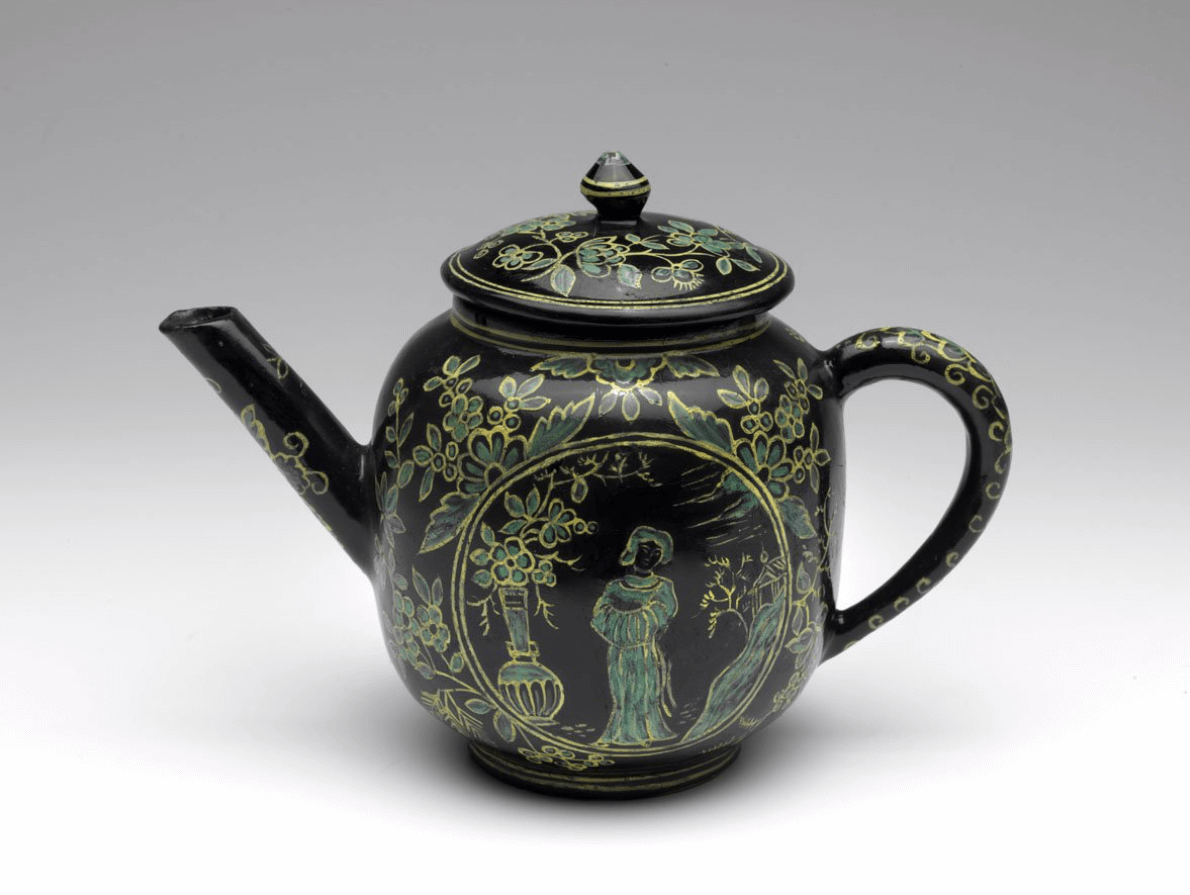 There were three major collectors of Delftware in the nineteenth century. The two well-known figures are John F. Loudon (1821-1895) and A.H.H. van der Burgh (1845-1904), however there was a third lesser known nobleman baron Willem Frederik Karel van Verschuer (1845-1922). Despite his relative obscurity in history, his collection outnumbered Loudon and van der Burgh, comprising approximately 800 objects. Van Verschuer’s vast collection also forms the basis of a museum collection; he bequeathed the collection to the Dutch State with the proviso that it had to be placed in the Arnhem municipal museum.1

Van Verschuer belonged to a noble and wealthy Guelders family. Their wealth, however, did not inhibit the professional and social activities of the family. Males in the family held administrative, judicial and military positions, and were active in the field of social welfare. Baron Van Verschuer was involved in all kinds of social, charitable, cultural and historical organizations.2 With broad interests and considerable means, Van Verschuer built a large collection of ceramics and thus positioned himself at the center of Arnhem’s cultural life.3

Van Verschuer probably started his collection of Delftware around 1890, and continued to acquire objects until his death in 1922.4 Around 1900, he also collected Chinese porcelain. In approximately thirty years, he gathered a collection of around 800 objects. This surpassed the contemporary collections of Loudon totaling nearly 500 objects, and Van der Burgh with approximately 530 objects. The Delftware market in the second half of the nineteenth century was a small community; there was only a few dealers and auction houses where buyers could purchase objects for their collection.5 Thus, it is likely that Van Verschuer was familiar with the collections of Loudon and Van der Burgh even though these gentlemen lived in The Hague.

There were several art and antiques dealers in the Arnhem area that Van Verschuer patronized, such as Nijstad in Diepenheim and later in Lochem, F.J.H. Ott in Brummen and Aalbers in Arnhem. Van Verschuer, however, also purchased objects from dealers in other locales, such as Keezer & Fils Antiquairs and A. Staal both in Amsterdam and S. Alberge and Grand Bazar Royal in The Hague.6 Not all the objects in his collection were acquired from antique dealers; he also purchased, either in person or via a middleman, at auction houses. Although Frederik Muller in Amsterdam was the most important auction house at the time, none of Van Verschuer’s objects are found in the auction house’s catalogue prior to 1905. Curiously, the baron had been collecting at least ten years by then and there were some important auctions of Delftware at Frederick Muller during the baron’s active period.7 The first auction in which Van Verschuer successfully participated was in 1905 of the collection of Théophile de Bock at Frederik Muller. He purchased a pedestal of a large flower holder.

Like Loudon and Van der Burgh, Van Verschuer was a typical nineteenth-century collector in the way that he systematically collected a large number of objects, with a focus on those objects whose marks provided information about the factory and its date.8 From the 800 objects that Van Verschuer collected, approximately 300 objects are marked.9 Further, the baron was interested in dated objects and pieces marked with family coats of arms. To his ability, Van Verschuer would also buy as many variations within a group of similar objects, such as miniature shoes, red stoneware or colored ground objects. Van Verschuer tried to provide a context for the origins of Delftware by collecting seventeenth-century European and Dutch earthenware. Similarly, he collected blue and white Chinese porcelain wares to demonstrate the influence of oriental porcelain on Delftware. In many cases, several Delft objects are copies of the Chinese objects. Van Verschuer’s collection reflected his academic interests in the development of Delftware and especially the decorations.10