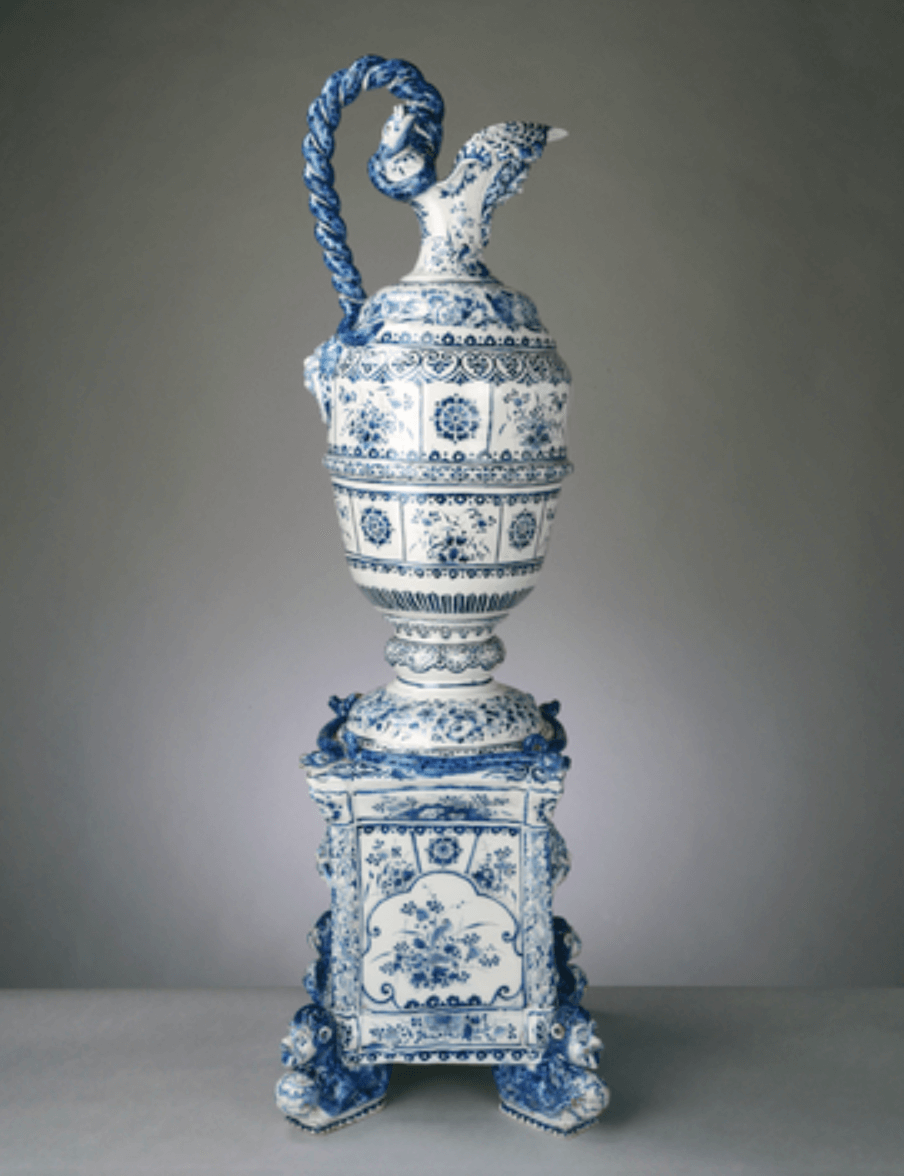 With more than 200,000 visitors a year, Hampton Court Palace is one of the most popular attractions in Greater London. Formerly a medieval manor, the palace was acquired in 1518 by Thomas Wolsey, cardinal and first minister of the King Henri VIII. A year after, he ordered its rebuilding, making it the most luxurious palace of England. He enjoyed his sumptuous new residence only for a very short time. In fact, in 1529, Wolsey lost the favor of the king who confiscated the palace. Until 1738, Hampton Court Palace has welcomed several British monarchs. In 1689, Queen Mary II and William III relocated from Het Loo Palace to the Hampton court. The royal couple undertook a massive restructuring and furnished the newly enlarged palace.

Queen Mary had an unequalled passion for Delftware, to such an extend that she has long been viewed as a patron for Delftware. While visiting the palace, Delftware amateurs will be delighted to discover that Mary used to display most of her magnificent collection in her own pavilion, the ‘Water Gallery’. This place was intended as a retreat during the reconstruction of her apartments. Adjoining the Water Gallery was also the ‘Delftware closet’, a room entirely dedicated to her amazing Delftware collection. Unfortunately, the Water Gallery does not exist anymore.

The Queen’s new apartments have been achieved just after her death. It is there that resides today some of the most magnificent Delftware pieces that are known. For example the pair of blue and white large ewers and stands that she commissioned to Adrianus Kocx, the owner of De Grieksche A (The Greek A) factory from 1686 to 1701. 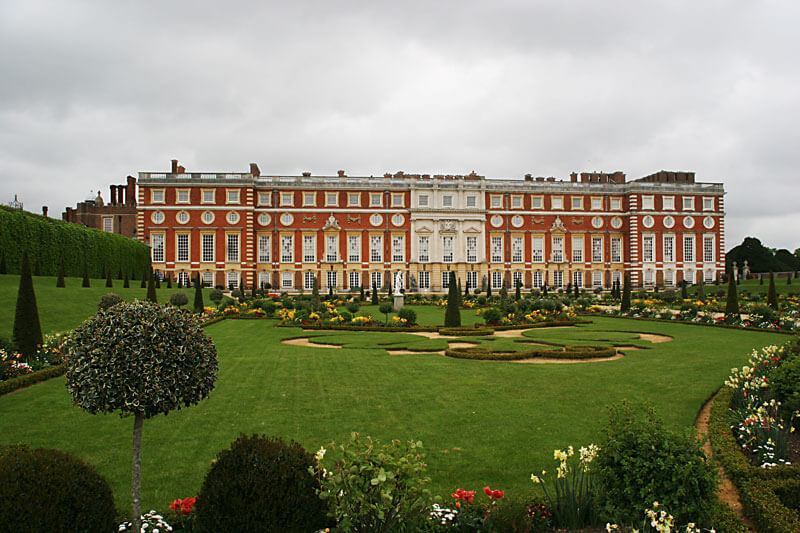