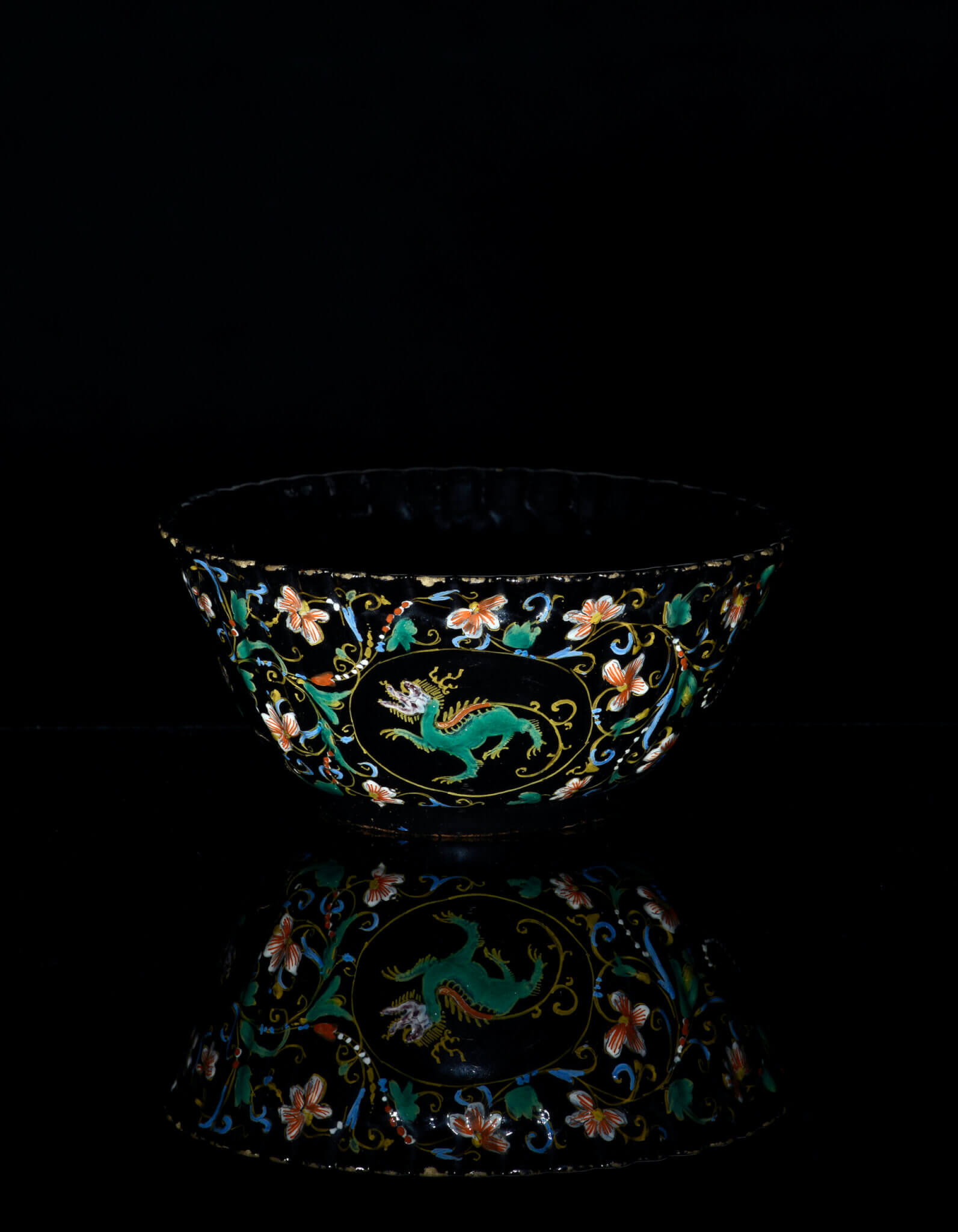 Porcelain, lacquer and silk were among the most sought after exotic goods from China and Japan in far-away Europe. The attraction to these precious items was particularly strong among the courts during the era when trade flourished by land via the Silk Road or by sea.

Early in the seventeenth century, the Dutch East India Company (VOC) introduced Japanese lacquerwork to The Netherlands and Europe, much as it had done with Chinese porcelain. In doing so, the VOC created commercial opportunities the Portuguese had neglected. When the Dutch arrived in Japan in 1600 and established commercial relations with the Japanese in the following years, they recognized the high quality of Japanese lacquer and its scarcity in Northern Europe. Dutch buyers were keenly interested in oriental curiosities, and Company merchants predicted that Japanese lacquer could become a profitable item. However, unlike oriental porcelain, Japanese lacquer was too expensive and thus never became a common element of Dutch material culture.

Although expensive, the Japanese lacquerware purchased by the VOC ignited great curiosity and inspiration. The late seventeenth-century European vogue for lacquer coincided with the taste for tromp l’ceil effects. European designers imitated lacquer in a variety of ways and materials, such as wood, metal and earthenware. Also in the city of Delft, potters were inspired by these exotic lacquer-wares and started experimenting with different colors of glazes.

From the 1680s onward, the introduction of highly desirable but expensive Japanese Kakiemon and Imari porcelain ignited interest in the development of colors such as brown and black. Since around 1690 it had become increasingly difficult for the VOC to obtain high-quality, affordable oriental lacquerware. As a result, the trade declined. Despite this problem, the household inventories show that wealthy, fashion-conscious townspeople were keen to imitate the court and surround themselves with such exotic objects.

Around 1700, designers also used the gold-decorated black Kangxi porcelain, later known as mirror black as another source of inspiration for brown and black Delft. These objects in the form of covered jars and plates began to be imported into Europe at this time, at he same time as the introduction of famille noire porcelain on the market. New styles of porcelain tea wares and bowls with partial black decoration must have increased the public’s fascination with the color.

The Delftware potters developed an interest in creating brown and black objects after the shrinking imports of oriental lacquerware around 1690 and the presence of expensive Chinese black porcelain wares on the market. Again, the Delft potteries responded by looking for ways to imitate a luxury product in short supply, as they had done earlier with the other oriental porcelain wares. Delft potters were familiar with the production of faience objects, and they increasingly had satisfactory results with polychrome and gilt decoration. Therefore, it is hardly surprising that objects, which were usually marketed in Delft on a white ground, also began to be produced, albeit in very small quantities, with a shiny brown or black ground with golden yellow or polychrome chinoiserie decoration.

The rare and lustrous brown ground color was a challenge for the Delft potters, who at the time were eager to imitate the effects of the prized lacquer wares being imported largely from Japan at the end of the seventeenth century. Several Delft factories tried their hand at the brown ground, but the most successful was Het Jonge Moriaanshooft under the 20-year proprietorship of Lieve van Dalen, whose mark appears on many of the surviving ‘Brown Delft’ wares, which include small useful wares and vases, and teawares, such as this small brown-glazed spherical teapot. Early teapots are generally of a small size, not only because tea was an exotic and expensive luxury and consumed sparingly, but also because these teapots were used as infusion pots from which a small portion of the strong brew would be poured into a cup and then diluted with hot water from a kettle. The present teapot, however, is of a particularly small size referred to as a ‘tasting pot.’ Before serving tea, the hostess would offer several blends in these small pots to be tasted by the guests so that they might select the one they would like to drink. K. Duysters, in Theepotten steengoed, Roodstenen theepotten uit Yixing en Europa, Arnhem (Historisch Museum het Burgerweeshuis) 1998, p. 31, comments further that tasting pots were brought along to the tea shops by ladies in order to sample the teas before choosing the kind they wished to buy.

The technique of producing a true black colored glaze was however extremely difficult. Marion S. van Aken-Fehmers, “‘Zo net als ’t thans uit China ons hier werd gebracht’ (‘As fine as that imported from China’), A Closer Look at Dutch Black Delftware (1700-1740)”, in Aronson 2006, pp. 42-44, refers to a recipe of 1679 by the German scientist Johann Kunckel (1631/34- 1703) for “Schwarze Glasur” (black glaze) used by Dutch “porcelain painters” in which he advises that “if the surface color should turn brownish-black instead of the intended black, more saffre ([zaffer or] cobalt oxide) should be added” (p. 43). Manganese oxide, the mineral used to obtain the black color, does not react well with some of the other colors.

Because of the difficulty of producing the black glaze, it is believed that very few factories either attempted it or were successful. Nearly seventy examples of Black Delftware are known, and most objects are not marked. Shapes include tea wares, such as teacups and saucers, tea canisters, coffee pots, but also brush backs and larger items as dishes and plaques. The largest assemblage of ‘Black Delft’ is in the Evenepoël Collection at the Musées royaux d’Art et d’Histoire, Brussels with 27 pieces.

Of the marked examples, however, two techniques of production have been identified. In the first, as with the teapot and cover illustrated above, the pieces were fired initially with a layer of white tin glaze and applied with polychrome enamels before the blank areas around the decoration were filled in with a black glaze. Most of the marked objects belonging to this category were made in De Grieksche A (The Greek A) factory during the ownership of Pieter Adriaensz. Kocx from 1701 to 1703, or his widow Johanna van der Heul from 1703 to 1722. In the second technique the pieces were covered completely in a black glaze and then the enamel decoration was applied onto the black ground itself, as can be seen in the decoration of this bowl. The bowl is painted around the reeded black ground exterior in green, iron-red, blue, yellow and white with arabesques of floral and foliate sprigs and sprays, reserved with four oval medallions, two of which with a dragon and the other two with a panter in Chinese style. Marked objects from this category, such as this bowl, were produced mainly by De Metaale Pot (The Metal Pot) factory, owned by Lambertus van Eenhoorn.

Black Delftware objects are among the rarest wares that were produced in the Dutch Delft factories during the late seventeenth and early eighteenth centuries, when the taste for the exotic thrived. With its striking and elegant chinoiserie decoration, it was always designed for display.