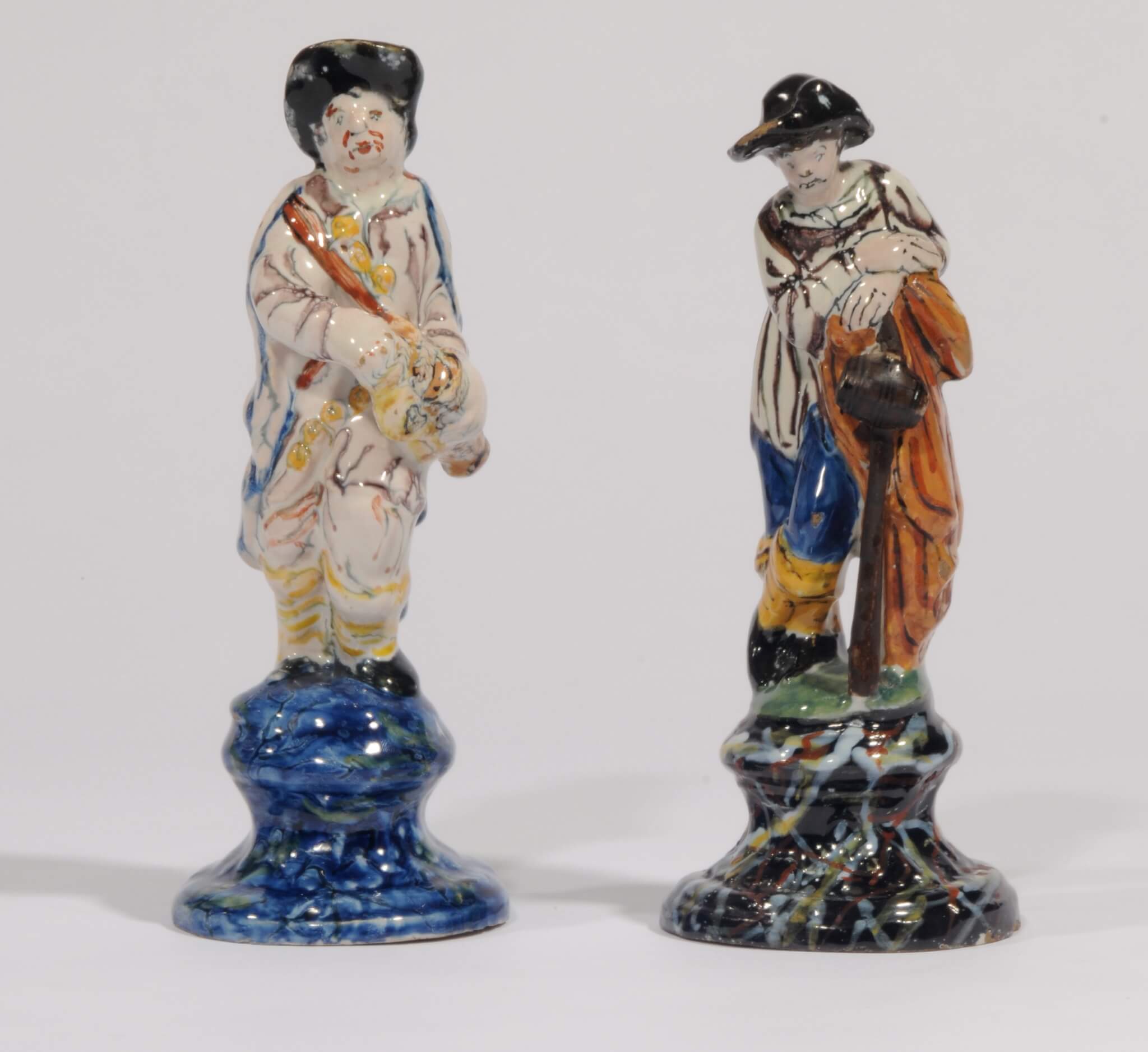 The study of Delftware will bring you far beyond the Dutch borders, as the objects make multiple references to other cultures. The exchange of knowledge and motifs between the ceramic centres are well-known and documented. However, little is known about the influence that European sculptors had on Dutch Delftware.

In the eighteenth century, Delft potters created a varied repertoire of rond de bosse figures that were inspired by the work of the renowned mannerist sculptor Giambologna (or Jean de Bologne). Born in Douai (today France) in 1529, Giambologna spent most of his life in Italy. In 1529, he travelled to Rome, as his master, the sculptor Jacques du Broeucq had previously done fifteen years earlier. He became familiar with the work of Michelangelo in Rome. Two years later, he moved to Florence and became acquainted with the patron Bernardo Vecchietti who introduced him to Francesco de Medici, son of Cosimo di Giovanni delle Bande Nere de’ Medici, the ruler of the city and scion of the famous Florentine Medici dynasty. Giambologna rapidly became the favorite sculptor of the three successive Medici grand dukes. The Medici family commissioned from him several sculptures that are today known as his masterpieces: for example the monumental rape of a Sabine that was carved from a single block of marble, or the equestrian statue of Cosimo I de’ Medici. Giambologna also worked in bronze, for example the famous “flying” figure of Mercury, which decorated the garden of the Villa Medici in Rome. 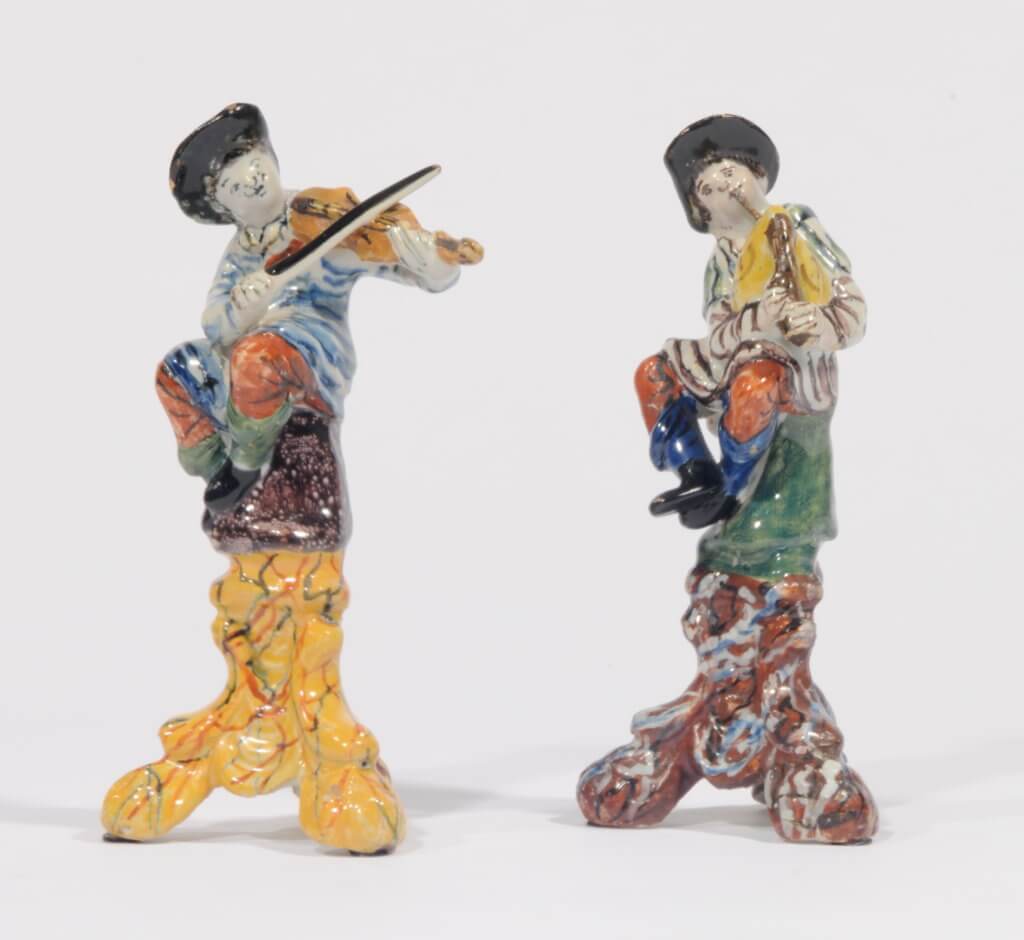 Giambologna ran an extraordinarily efficient workshop where many of his works were reproduced in small bronze statuettes. These statuettes were distributed as handsome gifts to the courts and studios of Europe where they enjoyed a great success. For example, a statuette of Mercury was sent by the Medici as a diplomatic gift to the Holy Roman Emperor in 1565. Contrary to the monumental sculptures that were admired by a large public, these small statuettes were intended for quiet contemplation by private collectors. Like the Delftware figurines, they were displayed on desks or in cabinets, and intended to be touched, turned and passed between collectors as symbols of taste and power.

Giambologna became one of the most influential sculptors in Europe because of the production of these statuettes. Many paintings of interiors record the existence of the statuettes, especially in Germany and the Low Countries.[1] The small statues were reproduced by Giambologna’s pupils and followers and later integrated into the repertoire of some Delftware factories. 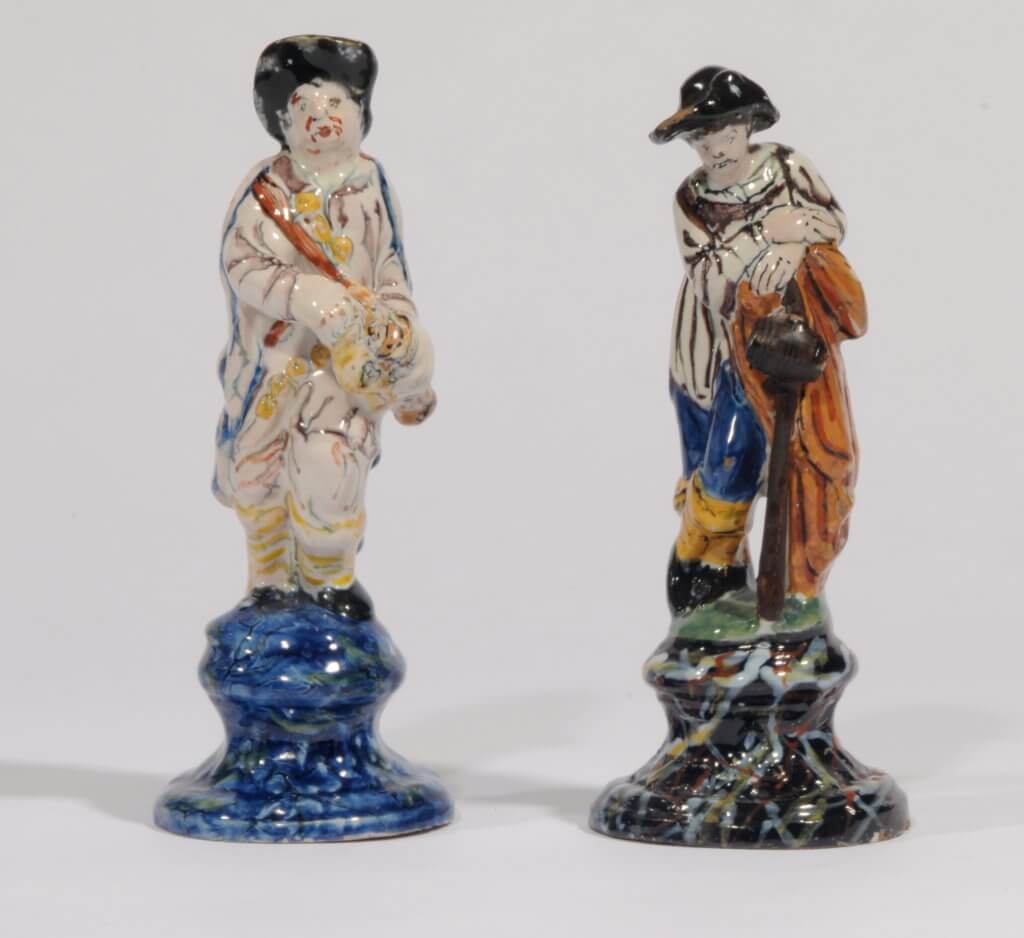 The figure of the shepherd leaning on his staff was modeled after a bronze figure dating from circa 1580 to 1600 by Giambologna. In turn, the bronze was probably modeled after the second-century Roman life-size marble statue of a Shepherd Resting, in the Galleria Colonna, Rome.[2] The principal bronze-caster of Giambologna’s sculptures was Antonio Susini (active 1572-1624), who was a specialist in all aspects of bronze mold making, casting, and finishing. In 1601, it was recorded that four silver figures, including the Peasant Resting on His Staff, were lent from the Uffizi Gallery in Florence to Susini, probably to be reproduced in bronze.

In Holland, these Giambologna-inspired models were produced simultaneously in Delftware and red stoneware. On the highly refined biscuit body of the stoneware figures the details and folds, not obscured by glaze, are very crisp and show their affinity to the bronze counterparts.

Like the peasant resting on his staff, the figure of the seated bagpiper is based on a bronze model by Giambologna, whose original inspiration may have been an engraving of The Bagpiper from 1514 by Albrecht Dürer (1471-1528). The similarities between the two suggest that the sculptor may have possessed a copy of the print. A gilt bronze of this model of the bagpiper, 12 cm. (4 3/4 in.) high, dating to circa 1580-1600 and probably executed by Antonio Susini, is in the Bargello Museum in Florence.[3] This particular example, considered one of the finest, is probably one of the first casts after a prime example in silver, and still has the second pipe of the instrument, omitted on later bronze versions and on the Delft figures as well. According to Avery the Seated Bagpiper was “initially produced in precious metal, probably for mounting on an ebony cabinet.”[4]

Apart from human figures, Giambologna also sculpted animals such as horses, bulls, wild boars, birds and groups showing animals attacked by lions. A pair of wild boar figures marked for De Porceleyne Byl (The Porcelain Axe) factory in the collection of the Kunstmuseum in The Hague (inv. no. OC(D)260-1904) were also certainly inspired by a bronze cast by Antonio Susini.[5]

While we are certain that the sculptures by Giambologna acted as a source of imagery for Delftware potters, there are certainly others that have not been identified. It is one of the numerous subjects regarding the field of Delftware that necessitates further research.