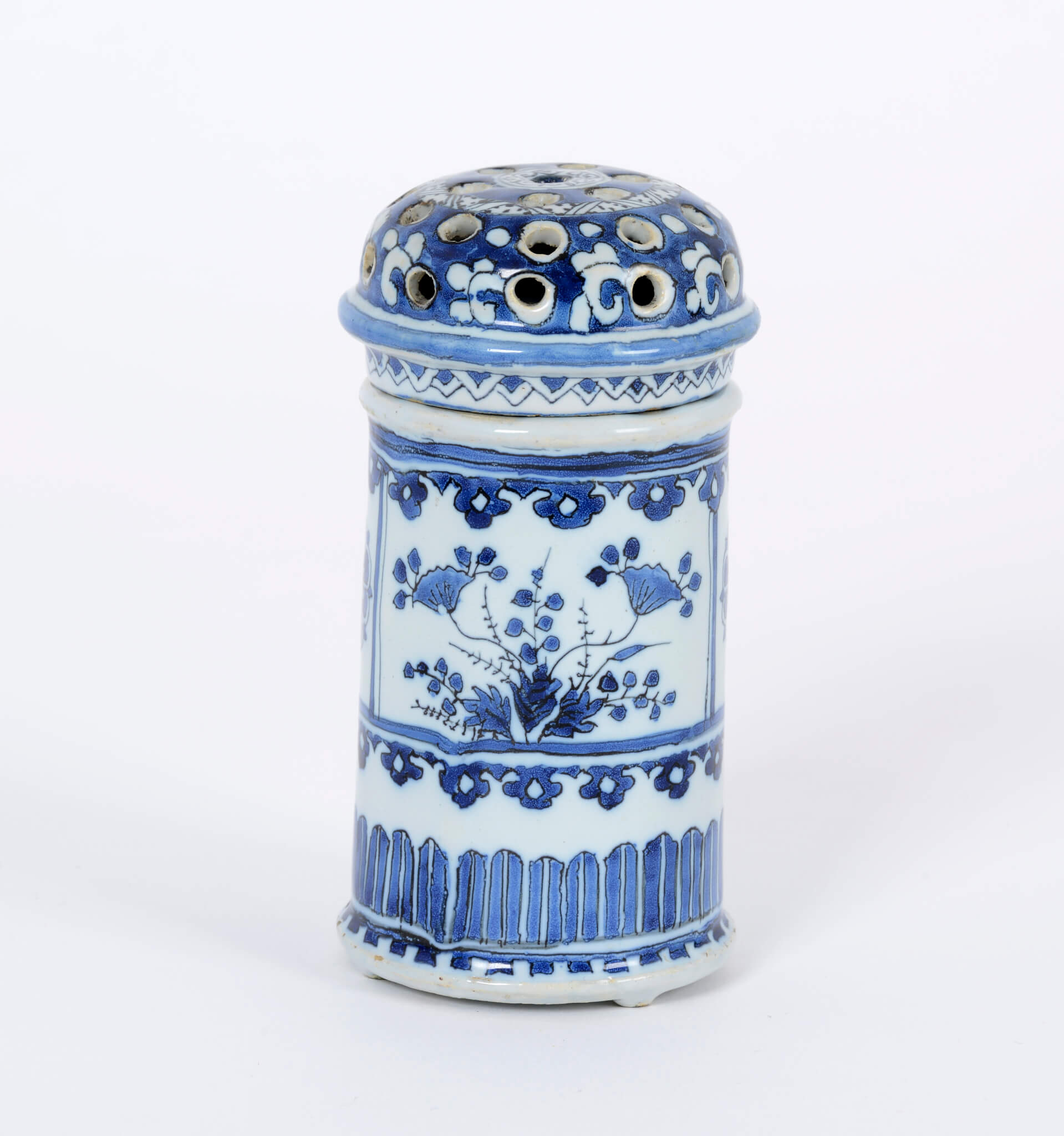 Sugar, also called White Gold is indigenous to the South Pacific. It was first introduced to South America in 1493 by Christopher Columbus during his second voyage to the New World, where the tropical weather was favorable to its development. Rapidly, sugar plantations, which were made profitable by African slave labor arose, and the industry became a major part of the world economy. The sugar market triggered new habits in the lives of the European well-to-do.

During the first half of the seventeenth century, most of the sugar that was imported to the Low Countries came from Brazil. When the Dutch West India Company (WIC) lost control of northeast Brazil in 1654, the Dutch colony of Suriname became the leading supplier of sugar.

In the sixteenth century, the city of Antwerp was one of the most important sugar refinery centers in Europe. After the Spanish occupation of Antwerp, Amsterdam became the new economic center of the Dutch provinces. Fifty to sixty refineries were active in Amsterdam in 1660, and by 1662, the Republic provided more than half of the refined sugar consumed in Europe.[1]  The reason the refining process took place in Europe and not in the countries of production was that the transport of the commodities between the two continents posed great risk as refined sugar was easily damaged after sea travel.

The refineries converted crude crystal sugar into a superior grade product. First, the crude sugar was boiled, and then filtered to eliminate impurities. Once it was ready for granulation, the syrup was poured into conical earthenware molds, like the one pictured on the plate. Within a few days, the sugar would crystallize into the traditional sugarloaf shape. Dark syrup and noncrystalline matter called molasses would drain through a hole in the top of the cone. Once dry, the loaf was removed from the mold, stored in a room, and eventually trimmed into a final shape for transport throughout Europe.[2] 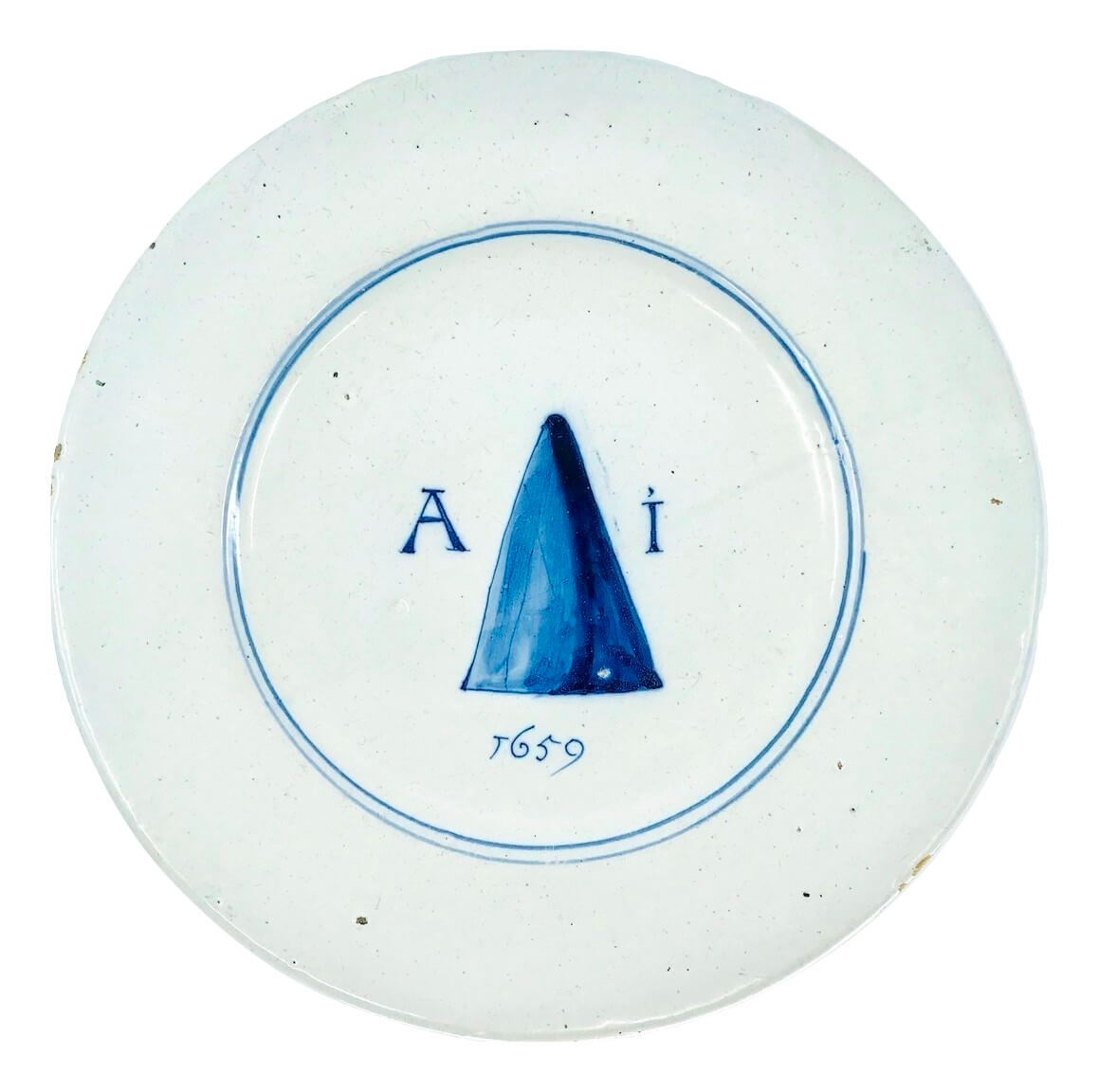 The letters “A” and “I” on this plate possibly refer to Abraham and Isaac Pereira. These two figures started the first major Jewish sugar refinery in Amsterdam in the mid-seventeenth century. In 1656 they constructed two buildings at the Waterlooplein: a sugar factory at number 11 and a house at number 13. In 1658, the company started producing (under the name Thomas Rodrigues Pereira), and finished products were sold in 1664.

Sugar was initially limited to a wealthy elite who used it as a symbol of power and wealth. In the sixteenth century, “sugar banquets” arrived to the Netherlands. The well-to-do outdid each other by displaying magnificent sugar sculptures on their table. Confectioners often mixed these sugar sculptures with other elements such as wax, plaster, textile and later even porcelain.[3]

Sugar was also displayed on the table in beautiful sugar casters such as the present one. This object, marked for Adrianus Kocx, the owner of the renowned De Grieksche A (The Greek A) factory was probably part of a sumptuous service consisting of plates, dishes, platters and bowls of different sizes, but with matching shapes and decorations.

Before the prevalence of sugar, honey was used as a sweetener. Gradually, refined cane sugar replaced honey as sugar became increasingly affordable. Also, the taste of sugar is more neutral than honey, which was possibly too strong for some recipes or drinks such as tea or coffee. Moreover, honey sometimes contained a disagreeable amount of beeswax. And lastly, the solidity of the sugar also allowed for more elaborate confections, which were simply impossible to make with liquid honey or molasses.[4]

As the demand for sugar grew, an increasing number of cookbooks aimed for an eager middle class were published, which strongly impacted eating habits. As such, sugar was not only used as a precious delicacy, but also became a fundamental ingredient in European recipes.

The demand for sugar also made another significant change in the consumption of tea, coffee and chocolate. At first, the elite emulated the Chinese practice of drinking tea without sugar. However, adding sugar became more and more fashionable, and consumers started to accumulate the necessary accoutrements when “taking tea.”[5]  These included teapots, tea caddies but also sugar dishes such as the present one. This Delft dish may have been used during tea time for serving rock sugar, referred to in Dutch as Kandij (hence the word “candy”). An example of a footed sugar dish, with a spoon resting in it, is found amongst the tea utensils in the painting Het nieuwe lied (‘The new song’) by Jan Josef Horemans II (1740-1760), in which a cheerful company is having tea and coffee, and smoking while listening to a song played by a lady on the harpsichord.

Tea was also often served with sweetmeats and other delicacies such as dried fruit or summer fruit preserved in brandy. As the sources for sugar increased and the price declined throughout the seventeenth and eighteenth centuries, sugared orange peels, sugar-coated nuts and seeds, pear marmalade and preserved ginger, chestnuts and fennel grew in demand and popularity. All of these delights were presented in small dishes such as these. Entire sets like the present one are extremely rare. This Delftware set of sweetmeat dishes shows the influence of Meissen porcelain in the use of colors and the execution of the decoration. 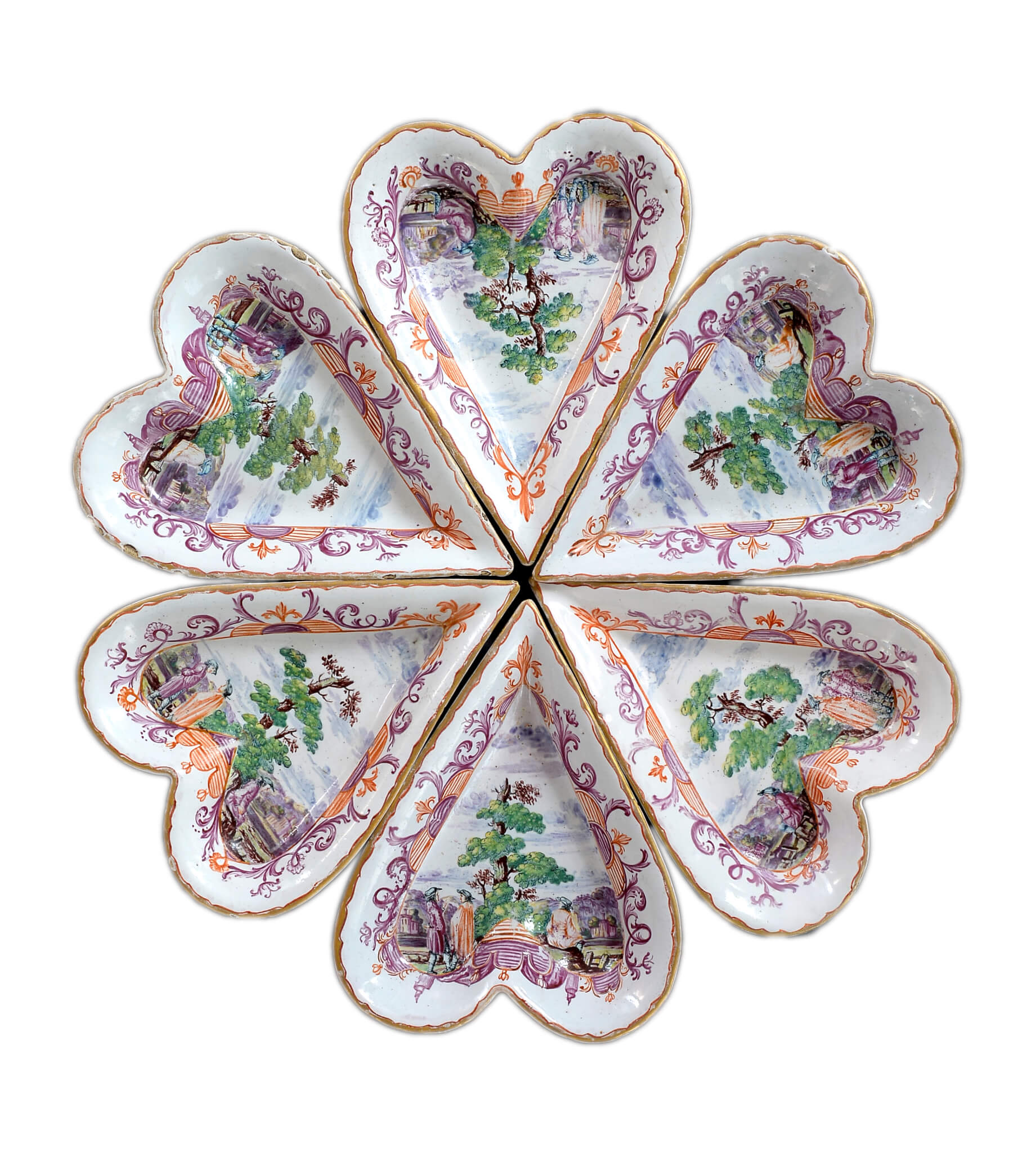 As we saw, the success of the sugar industry in the Netherlands triggered the inventiveness of the ceramics field and many other industries. Some precious Delftware objects can be seen as testimony of its development. The democratization of sugar in the seventeenth century caused important changes in eating habits, many of which that remain today.