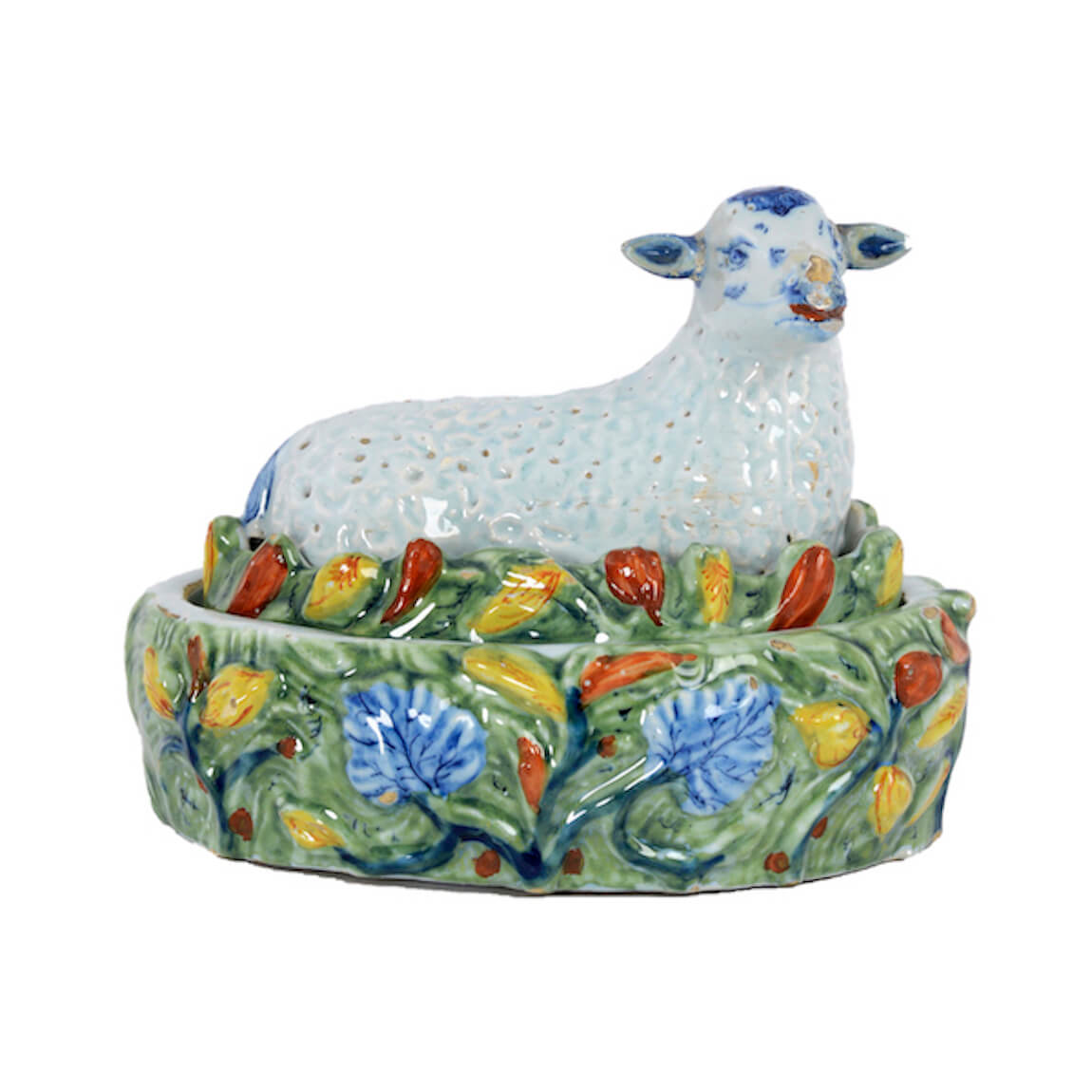 In every newsletter we present a special object from the Aronson Antiquairs’ collection. This month we would like to show this polychrome sheep tureen and cover from circa 1770.

Zoomorphic tableware evolved from sugar or wax figures and bird-shaped pastries that decorated the Renaissance table. Especially the savory pie must have functioned as an inspiration for these tureens, which was the showpiece of the dinner table from the late medieval period and the seventeenth-century. These pies were often made with large birds and were served with head, wings and upstanding tail. Delftware tureens modeled as animals may have been created as more permanent and palatable replacements for real-life examples and represented the trophy of a hunt.

With unidentified JvDH 7 mark in blue

The cover modeled as a white sheep heightened in blue, and recumbent amidst yellow and red flowers and green grasses and leaves, the oval tureen molded with similar stylized grasses and flowering plants.

Note
The mark JVDH is generally associated with Johanna van der Heul, the widow of Pieter Adriaensz. Kocx, the owner of De Grieksche A (The Greek A) factory from 1701 till his death in 1703, when she assumed the management of the factory until she sold the business in 1722. However, her period of creativity is considerably earlier than the present tureen’s date of manufacture.