The Centraal Museum is located in the Dutch city of Utrecht, and is the oldest municipal museum in the Netherlands. It first began in 1830 as a four-room institution on the top floor of the Utrecht town hall, and officially opened to the public on 5 September 1838. The museum welcomed visitors every Wednesday afternoon for 25ct. The driving force behind the ‘Municipal Museum of Antiquities’ was avid amateur historian Mayor H.M.A.J. Van Asch van Wijck (1774 – 1843). Although he strived to categorize and expand the collection, the museum remained no more than an antiquities room. When town archivist Samuel Muller FZ. took office in 1874, he managed to revive the museum after Van Asch van Wijk had passed away. He renovated and reorganized the museum, devised somewhat of a system, and put serious effort into expanding the collection. Under his direction the museum moved to estate Het Hoogeland on the Biltstraat in 1891.

Since 1921, the Centraal Museum has been housed in the Agnes Convent on Nicolaaskerkhof. This former cloister from the Middle Ages was successively used as a factory, orphanage and a barracks. The Utrecht town collection was then merged with various private collections into one ‘central’ museum. The Centraal Museum has an extensive collection of around 50,000 objects consisting of old masters, modern art, applied art, design and fashion. Although not on view, there is also a small Delftware collection, consisting of plates and vases, but also a blue and white tea canister with chinoiserie decoration and a pair of blue and white candlesticks attributed to ’t Fortuyn (the Fortune) factory during the leadership of widow Van den Briel-Elling. Also in the collection is a pair of blue and white duck-form boxes, attributed to De Roos (The Rose) factory during the ownership of Dirck van der Does from 1755 to 1770. An absolute highlight is a bowl and cover flower holder made under the ownership of Adrianus Kocx, owner of De Grieksche A (The Greek A) factory from 1686 to 1701. 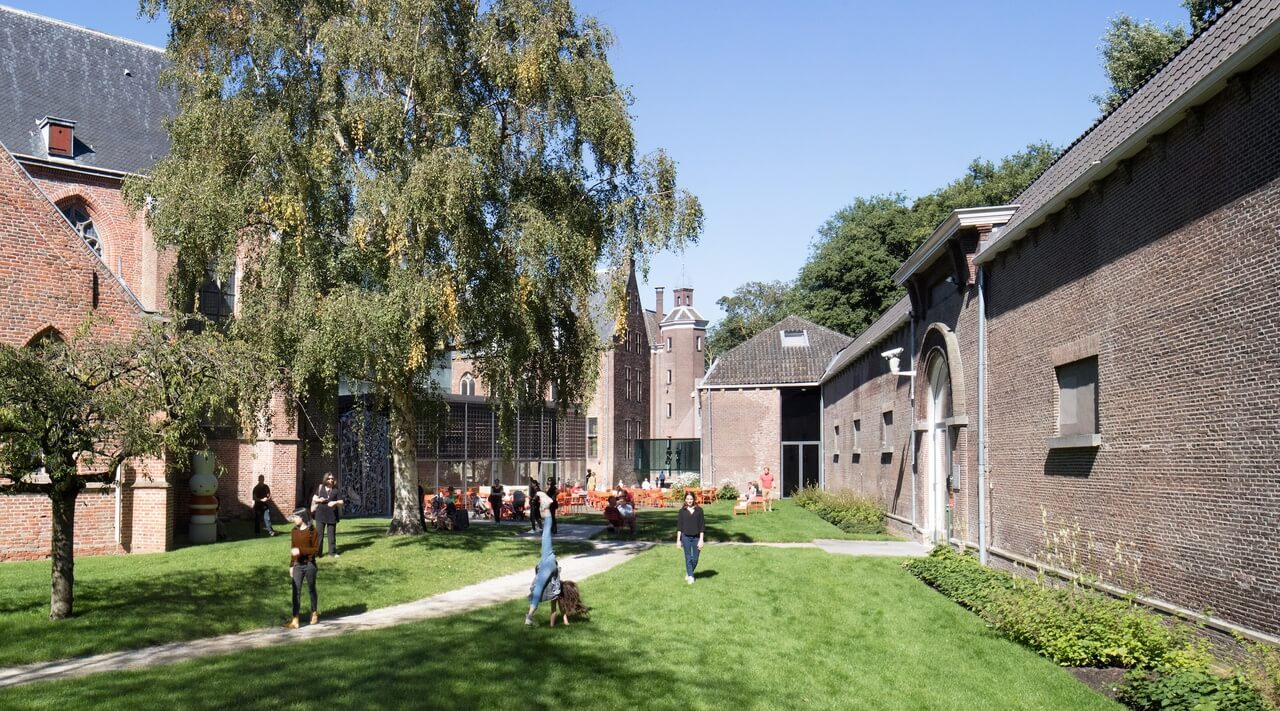