Located near the Rhine river in the Palais Nesselrode, the Hetjens Museum preserves, researches and presents the universal history of ceramics. The collection encompasses objects from the Middle East, East Asia, Africa, pre-Columbian America, antiquity and the Middle Ages. Accordingly, all ceramic materials, earthenware, stoneware, faience and porcelain are represented. Special emphasis is placed on the current ceramic art.

The museum owes its name and the foundation of its collection to Laurenz Heinrich Hetjens (1830 – 1906). In 1866, Hetjens married the wealthy older widow Maria Catharina Regnier and subsequently retired from business. With greater time and resources, Hetjens devoted himself to his real passion: collecting and researching art. He had a preference for Rhineland stoneware from the Gothic, Renaissance and Baroque periods. Hetjens acquired important pieces in the art trade, participated in excavations and became a recognized expert through his research. When he died in 1906, a posthumous foundation of his extensive art collection was established, which provided funding for his museum that has forever to bear his name.

Although the museum was originally established with a more broad collection, it changed course after a reorganization in 1926 to exclusively acquire ceramics that would complement Hetjens’ original collection.

The extensive collection includes several objects of Dutch Delftware. Amongst others, there is a cashmere palette flower holder with fanning rows of spouts and open-mouthed wyvern handles from circa 1700 and in a rather similar model, but in blue and white, there is a flower vase from De Witte Starre (The White Star) factory. Objects from the late seventeenth century include a blue and white bowl and covered flower holder with open-mouthed dragon handles, which was probably produced at De Grieksche A factory. 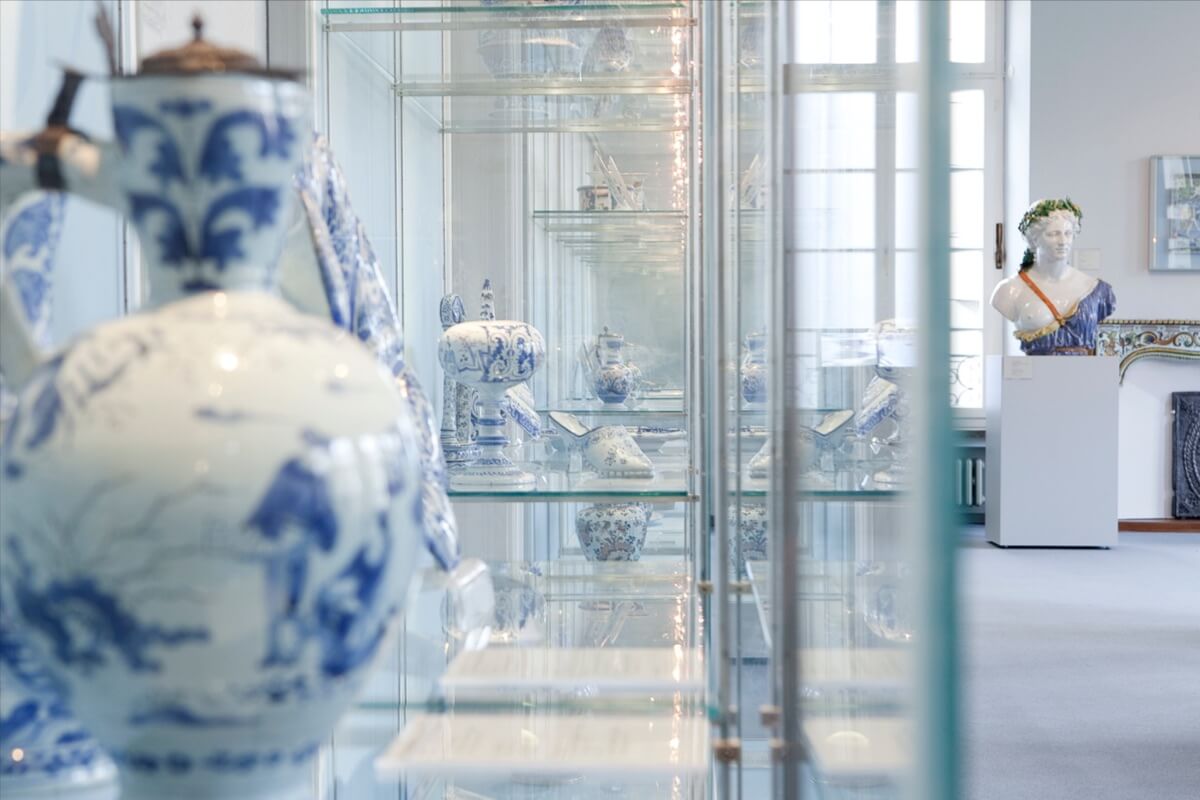