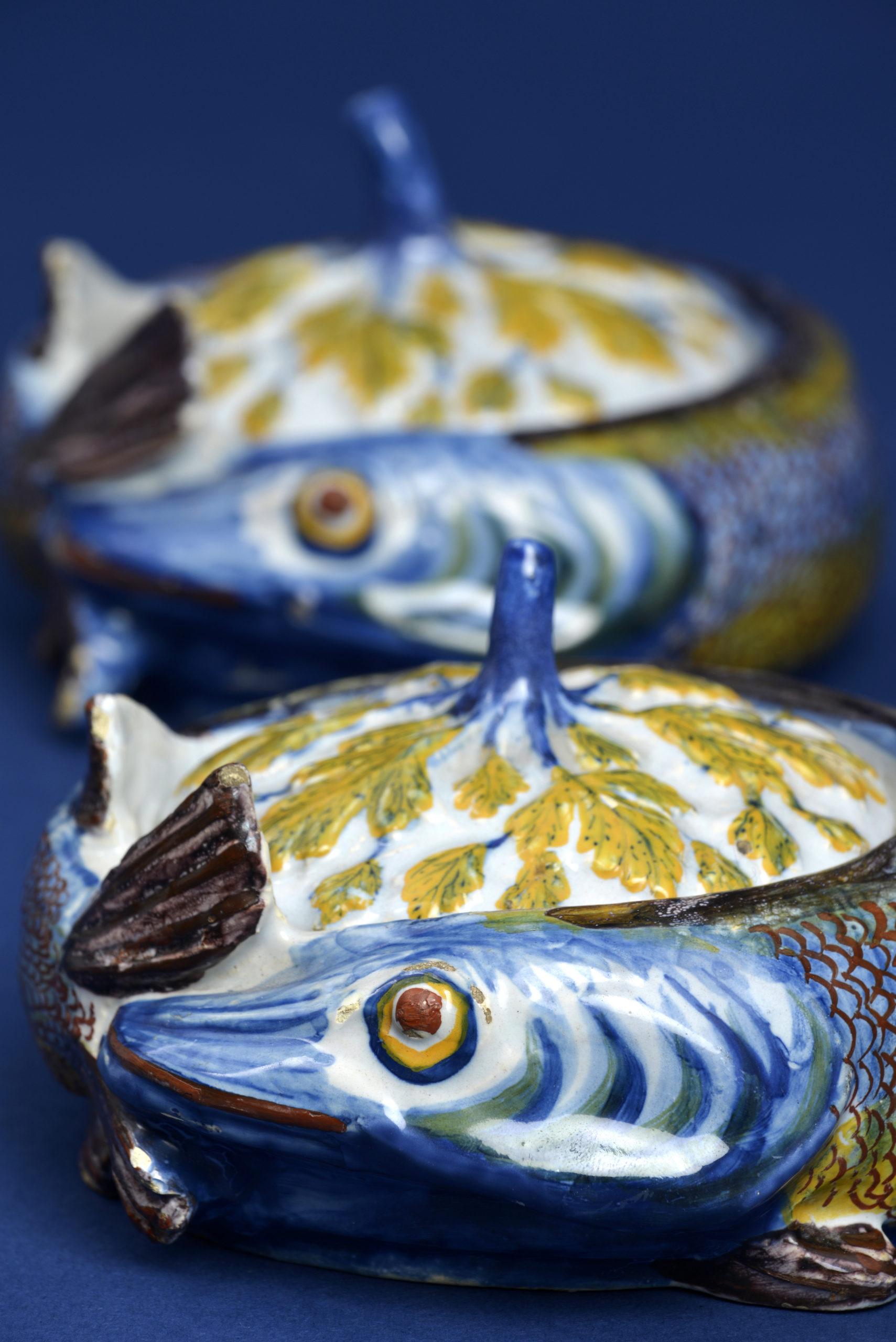 Every month we present a special object from the Aronson Antiquairs’ collection. This month we would like to show you this pair of polychrome pike tureens, which is marked for Petrus van Marum, the owner of De Romeyn (The Roman) factory from 1754 to 1764.

In the middle of the eighteenth century, Delft potters quickly accommodated the new tastes of the nobility and the wealthy bourgeoisie for adorning their tables with brightly colored fruits and vegetables, and zoomorphic objects. Fine dining was an exceedingly important social ritual, and the accompanying accessories were reflective of the owner’s status. The table was the setting for spectacle, in both the cuisine and the extraordinary objects. Delft potteries produced small, trompe l’oeil tureens, which functioned as serving wares and decorated the table.

Tureens in the form of fish, surmounted by little eels and pike were particularly popular in the Netherlands and were generally used to serve pastries, in this case probably made of fish. The majority of the Delft tureens consists of a stand and a separate base with a cover on which an animal is modeled. These models were designed for large-scale production line manufacture, therefore the stand and base components were usually interchangeable. However, on the present pair of pike tureens, and also on several other tureens, the fish is curled around the tureen itself instead of on the cover.

Each tureen marked PVM in blue for Petrus van Marum, the owner of De Romeyn (The Roman) factory from 1754 to 1764

Each modeled as a blue, green and yellow pike painted with iron-red delineated scales and manganese fins, its head curled to meet its tail and forming a circular vessel, the cover molded with a blue stalk issuing several blue stems of shaded yellow leaves.