Rastatt Favorite Palace (Schloss Favorite Rastatt) is the oldest German “porcelain palace” and the only one to survive almost unchanged to this day. The enchanting Baroque summer residence and hunting palace was built from 1710 to 1727 for Margravine Sibyl Augusta of Baden-Baden. Favorite Palace was just a short carriage ride from Rastatt Residential Palace, and hosted the court for hunting, concerts and banquets.

No expense was spared on the palace interiors, which are replete with all forms of eighteenth century craftsmanship: colorful scagliola floors made from imitation marble, walls with faience tiles, ceilings adorned with plasterwork and frescoes, sumptuous embroidered tapestries and priceless furniture. To accompany the magnificent interior Sibylla Augusta amassed an unparalleled collection of Asian and European porcelain, glass and faience. Not only is it now the world’s largest collection of early Meissen porcelain, it also houses several wonderful pieces of Dutch Delftware. A pair of blue and white flower holders marked for Adrianus Kocx of De Grieksche A (The Greek A) factory was probably given by William and Mary to margrave Ludwig Wilhelm von Baden-Baden in memory of their successful encounter in London in the winter of 1693/1694. This gift also featured two Delft jardinieres which are painted with the crowned WM monogram and heraldic ornaments. These magnificent gifts of Delftware probably represent their shared passion for gardening and oriental porcelain. 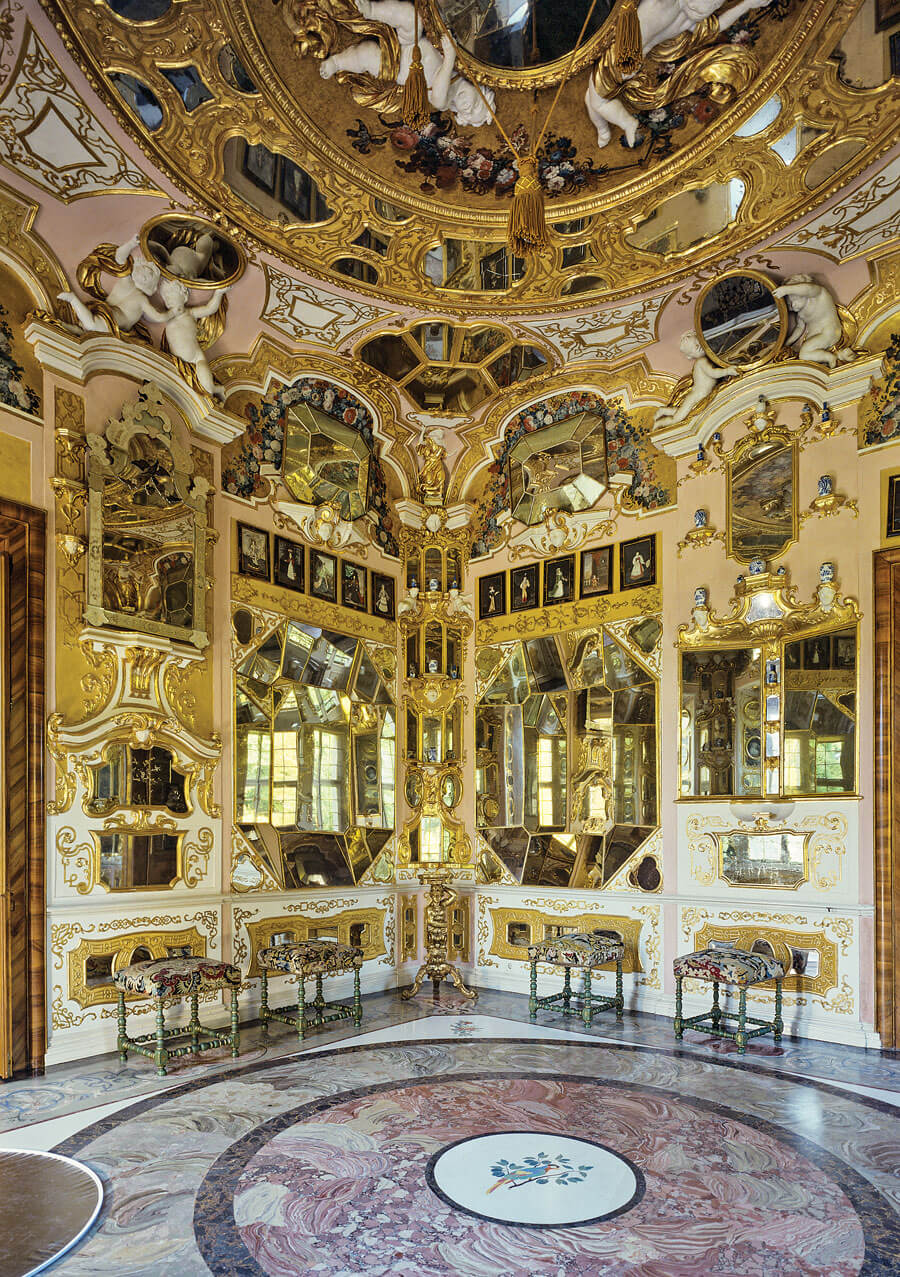