The Cooper Hewitt, Smithsonian Design Museum is the only museum in the United States entirely dedicated to historical and contemporary design. Located on the Upper East Side of New York, the museum was originally named the Cooper Union Museum for the Arts of Decoration and was founded by three sisters, Eleanor Garnier Hewitt, Amy Hewitt Green and Sarah Cooper Hewitt in 1897. The sisters wanted to open a museum for decoration within the Cooper Union for the Advancement of Science and Art, a privately funded college established by their grandfather, the industrialist Peter Cooper.

The museum drew strong inspiration from the remarkable collection of the Musée des Arts Décoratifs in Paris. The collection was conceived as “a practical working laboratory,” where students, designers, and the public could be inspired directly by objects.

The Cooper Hewitt, Smithsonian Design Museum has an impressive collection of over 250,000 objects that span twenty-four centuries of history. One of the most appealing objects in the collection is a blue and white bird cage, which is one of the most rare Delftware objects to exist. The earthenware object, possibly inspired by a wooden or wire birdcage, was a technical tour-de-force that would have been extremely difficult to successfully execute. The birdcage was acquired by the Hewitt sisters in 1916, when they were traveling throughout Europe in search for the most remarkable objects to display in the museum. 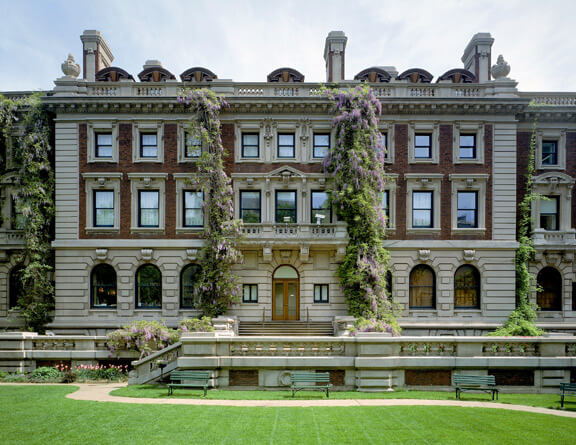