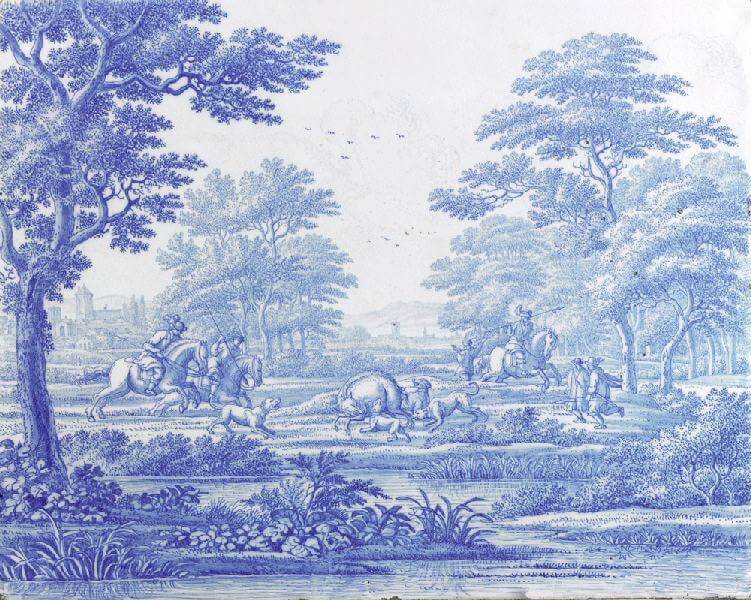 The Musée de l’hôtel Sandelin was founded in the nineteenth century by the Municipality of Saint Omer in the North of France. Located in a magnificent eighteenth-century private mansion, the institution offers a large panorama of the European art wealth from the Middle Ages to the nineteenth century: over 3000 art pieces are divided between 21 rooms on three floors. Amongst all those treasuries resides on the first floor an exceptional Delftware collection of 750 pieces that was mainly donated by Henri Dupuis in 1889, one of Saint-Omer’s most prolific collectors.

The museum has the particularity to be the only one in France having dedicated in 1989 an exhibition to an aspect that was until then unfairly ignored: the Delftware plaques. This event allowed us to admire the incredible quality attributed to the plaques of Delft manufactures. Amongst all the masterpieces that were presented, we can highlight the wonderful masterpiece borrowed by the Ceramic Museum of Rouen, ‘La chasse au sanglier’ (‘Boar Hunting’). This plaque was painted by Frederick van Frijtom in the second half of the seventeenth century. By concentrating all the landscape painting rules, this beautiful artwork can really be looked at as if it was a painting.