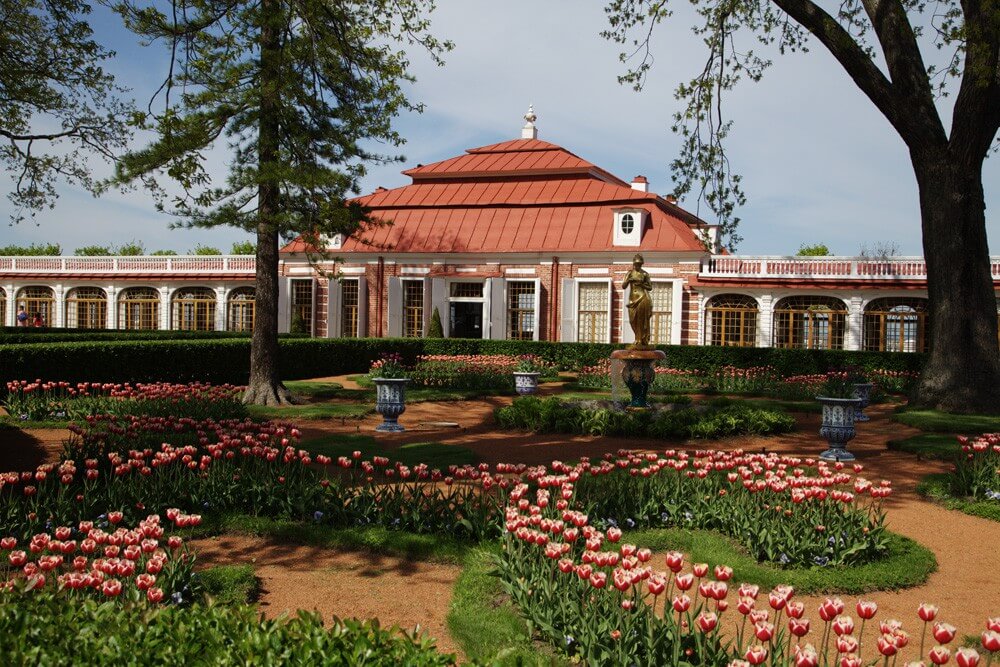 In Saint Petersburg, Russia, a series of palaces and gardens is located named The Peterhof Palace. It was commissioned by Peter the Great as a direct response to the Palace of Versailles by Louis XIV of France. Originally intending it in 1709 for country habitation, Peter the Great sought to expand the property as a result of his visit to the French royal court in 1717, inspiring the nickname of “The Russian Versailles.” 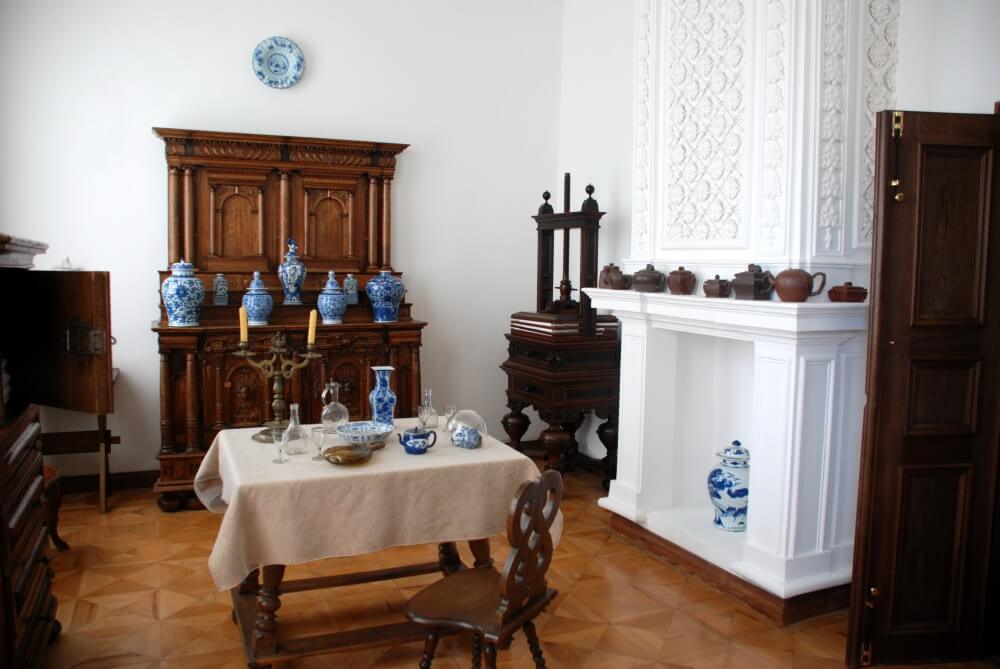 Throughout the early 18th century, Peter the Great built and expanded the Peterhof Palace complex as a part of his goal to modernize and westernize Russia. In 1714, Peter began construction of the Monplaisir Palace based on his own sketches. Completed in 1723, ‘Monplaisir’ is the magnificent palace located directly on the short of the Gulf of Finland. The palace design reflects the Tsar’s unique individuality, as he conceived the entire construction with sketches and schematic drawings of the exterior, interior layout, and some elements of the decorative finishes. Peter’s aesthetic taste and interests are revealed in the palace’s Dutch architecture. In fact, the palace is sometimes called ‘The Dutch house.’ 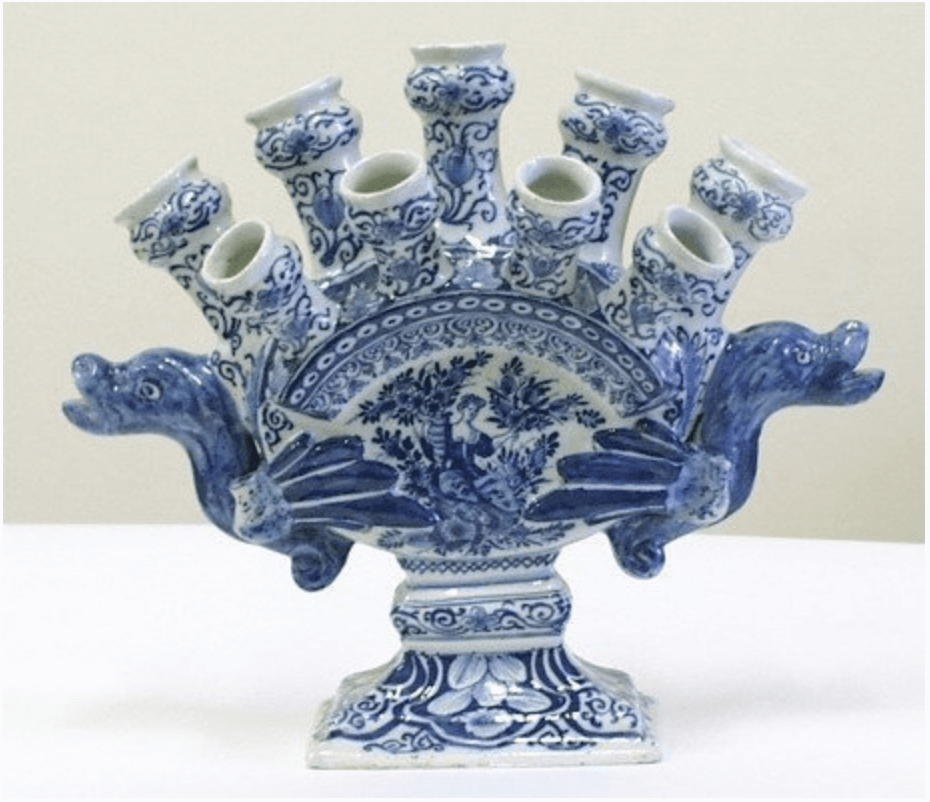 Monplaisir became Peter’s preferred retreat, where he entertained only his closest friends and advisors. The interior rooms are almost entirely paneled in oak, and adorned with seventeenth and eighteenth-century paintings, of which the majority belongs to the Tsar’s original collection. Further, a large lacquer cabinet accommodated the Tsar’s highly prized collection of Chinese porcelain. The cabinet walls are decorated with large black-lacquer panels, with miniature chinoiserie-style paintings. The porcelain was displayed on the shelf-consoles attached between the panels, a prominent position that exemplified their importance to the owner.

In 1697, the Tsar visited Amsterdam and Delft, where he met with the inventor of the microscope, Antoni van Leeuwenhoek. He undoubtedly became interested in Delftware during his travels, as he purchased one hundred thousand tiles to decorate his palaces in St. Petersburg, amongst others the kitchen in Monplaisir Palace. It did not stop with tiles; he also acquired a Delftware fan-shaped flower vase that is nowadays on view in Monplaisir Palace.