Koldinghus is a Danish royal castle located in the town of Kolding on the Jutland peninsula. The castle was first built in 1268 by the Danish king to guard the border between the kingdom of Denmark and the duchy of Schleswig. Since the thirteenth century, the castle has expanded to include a range of functions, from fortress, royal residency, ruin, museum, and the location of numerous wartime negotiations. Today, the restored castle is a museum containing collections of furniture from the sixteenth century to present, Roman and Gothic church culture, Danish paintings, silver and ceramics. 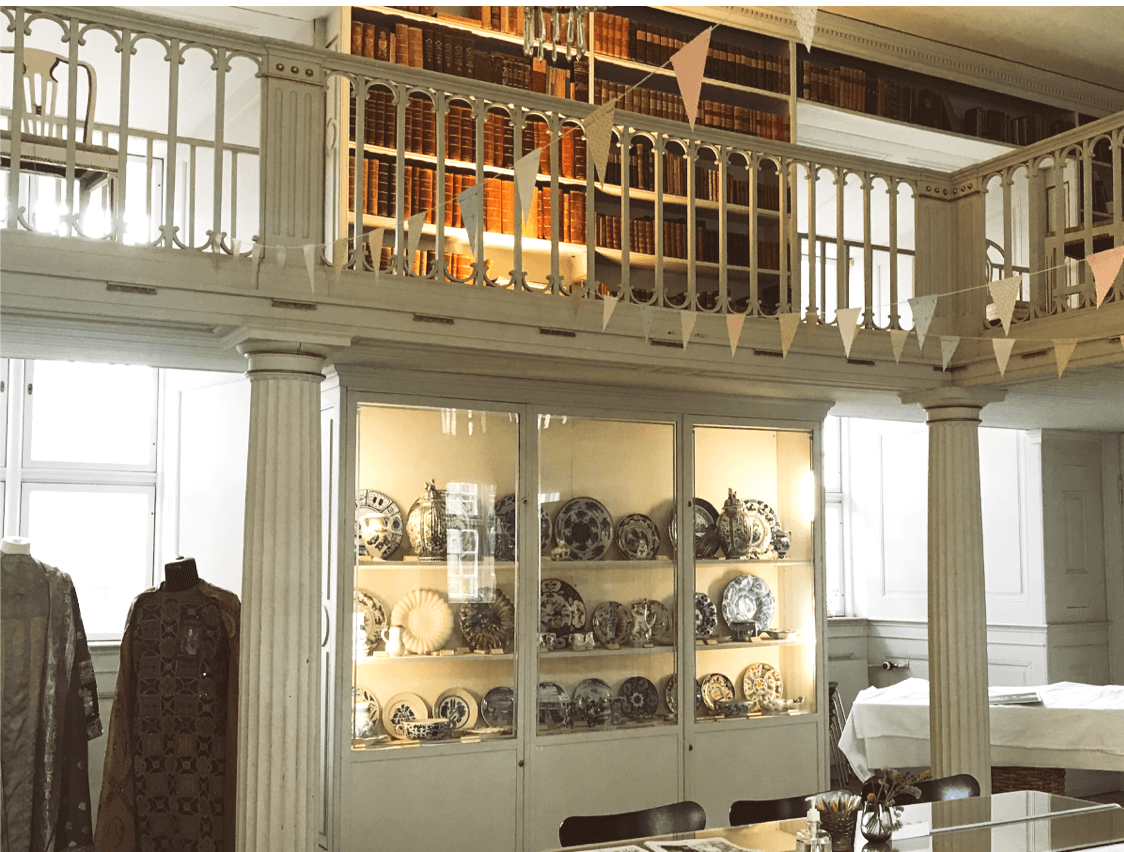 The ceramics collection is displayed in the library reading room of the west wing, which was built in 1475 as the main building in the medieval castle. After earlier reconstructions, the library reading room was fitted out with columns, galleries and bookcases. Nowadays, the showcases exhibit porcelain from Asia, Germany, France and Denmark and faience from Germany, France, Norway, Sweden and Denmark. An entire showcase is dedicated to Delftware from the early seventeenth century through the nineteenth century. It contains many plates and chargers, but also two spice wine bowls, several jugs and vases. One of the highlights of the Delftware collection is an early gadrooned ‘Straetwerck’ dish, painted with an angel in yellow, blue and manganese. The exceptional dish was probably produced in the Northern Netherlands around 1650.