The baroque castle of Mnichovo Hradiště in Czech Republic has a long and storied past. In 1621, Václav Budovec, the founder of the castle, was executed for his role in the Czech revolt against the emperor. The domain was then offered to Albrecht von Wallenstein, the imperial military commander of the Holy Roman emperor Ferdinand II as a reward for his service in the army. The property remained in the noble family until 1946, the date of its nationalization.

This vast estate includes a French garden, stables that are located on the two wings, and a small baroque theatre. After having visited the private apartments, the music room and the pinacoteca, we arrive in one of the most beautiful rooms of the castle: the dining room. Displayed throughout the room is an impressive collection of blue and white Delftware objects. European noble families were influenced by Queen Mary II, who had a passion for Delftware. The beautiful tulip vases, garnitures and plates that decorate every surface of the room were probably ordered by the family of Albrecht von Wallenstein.

One highlight is a pair of flower vases marked AK for Adrianus Kocx, the owner of De Grieksche A (The Greek A) factory from 1686 to 1701. De Griekche A was the Delftware supplier of the Dutch court, as well as many European noble families such as the Von Wallensteins. 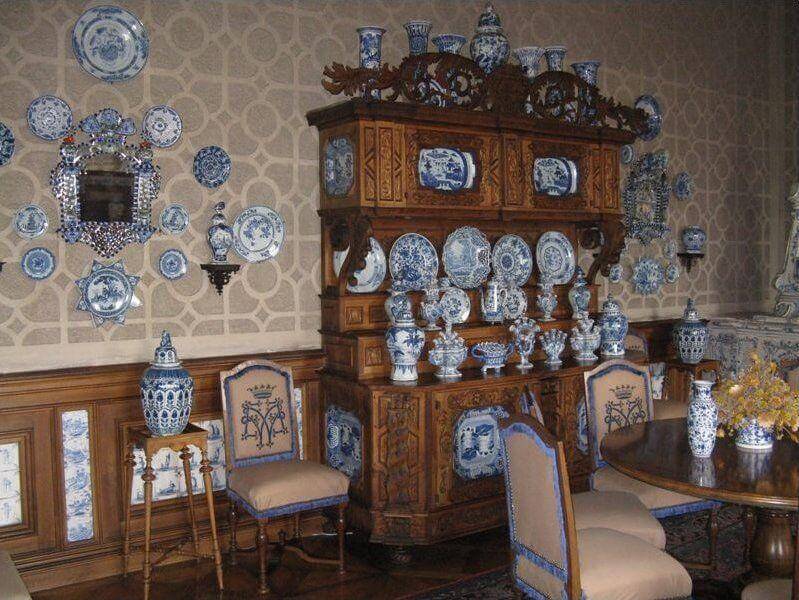