The Princessehof in Leeuwarden was formerly a small palace built in 1693. In 1731, Marie Louise van Hessen-Kassel, dowager of Orange, acquired the building. After the death of her husband, John William Friso, Prince of Orange, she acted as a regent for her son Willem IV who was still too young to govern.

The Princess was passionate for ceramics and she displayed her large and diverse collection in her new home. Her collection resides today in the Naussaukamer, a period dining room in the museum designed in the baroque style. After her death, the palace was separated into three houses. The houses were acquired by the municipality of Leeuwarden and placed at the disposal of the art collectors Nanne Ottema (1874-1955) and his wife Grietje Kingma (1873-1950). The couple transformed the palace into a museum on the 31st of August 1917.

Today, the institution houses a splendid collection of more than 35,000 ceramics that include Chinese porcelain, art nouveau and also a superb range of Delftware objects from the seventeenth and eighteenth centuries. Amongst the most impressive pieces of the museum is a magnificent blue and white flower vase marked for Lambertus Cleffius, the owner of De Metaale Pot (The Metal Pot) factory from 1679 to 1691. This extremely rare shape was inspired by the French fashion of the time. 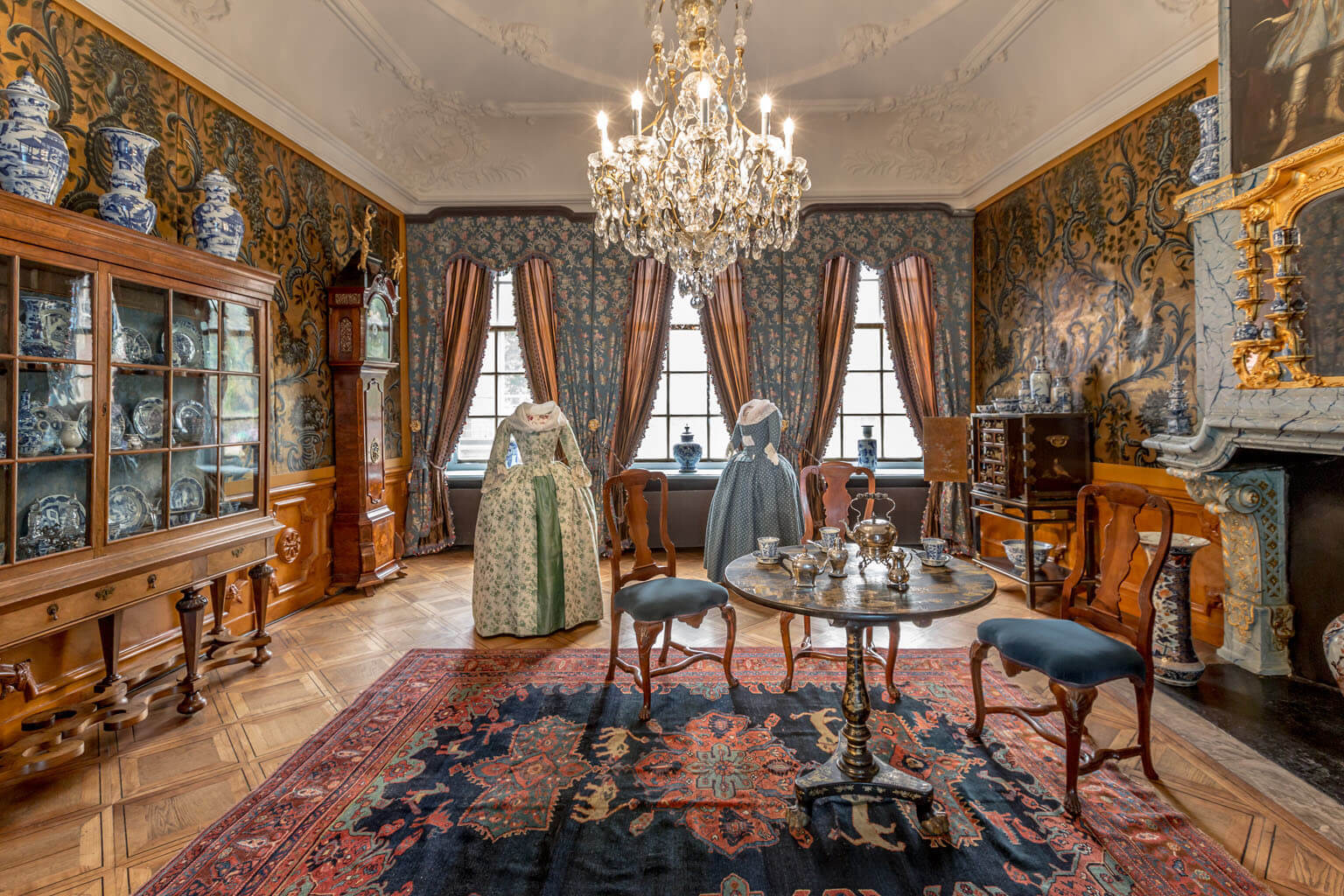