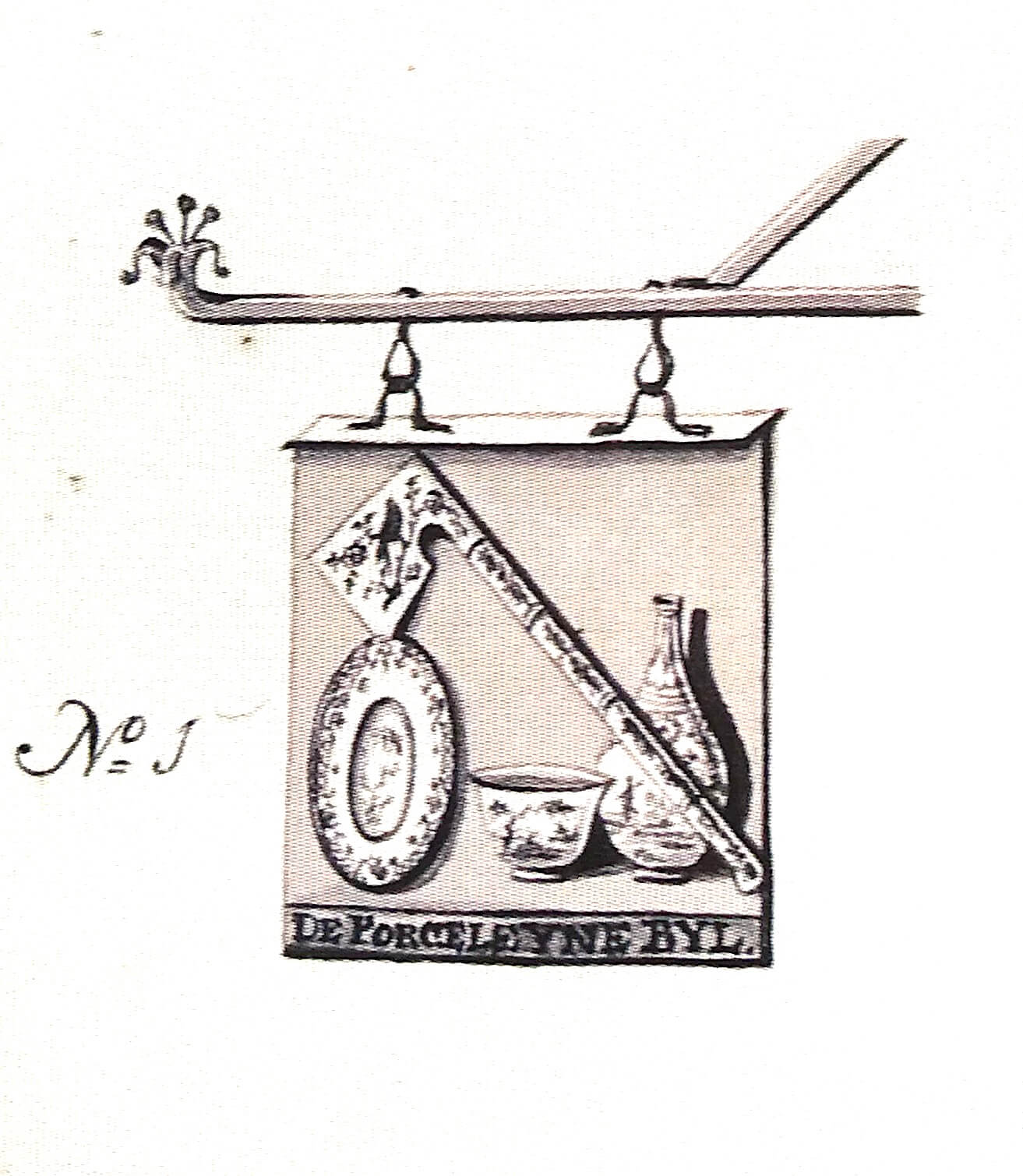 De Porceleyne Byl (The Porcelain Axe) factory was founded in 1657, and was almost entirely owned by a single person or couple for its entire existence. This contrasts with most other factories whose property was often divided among several people. 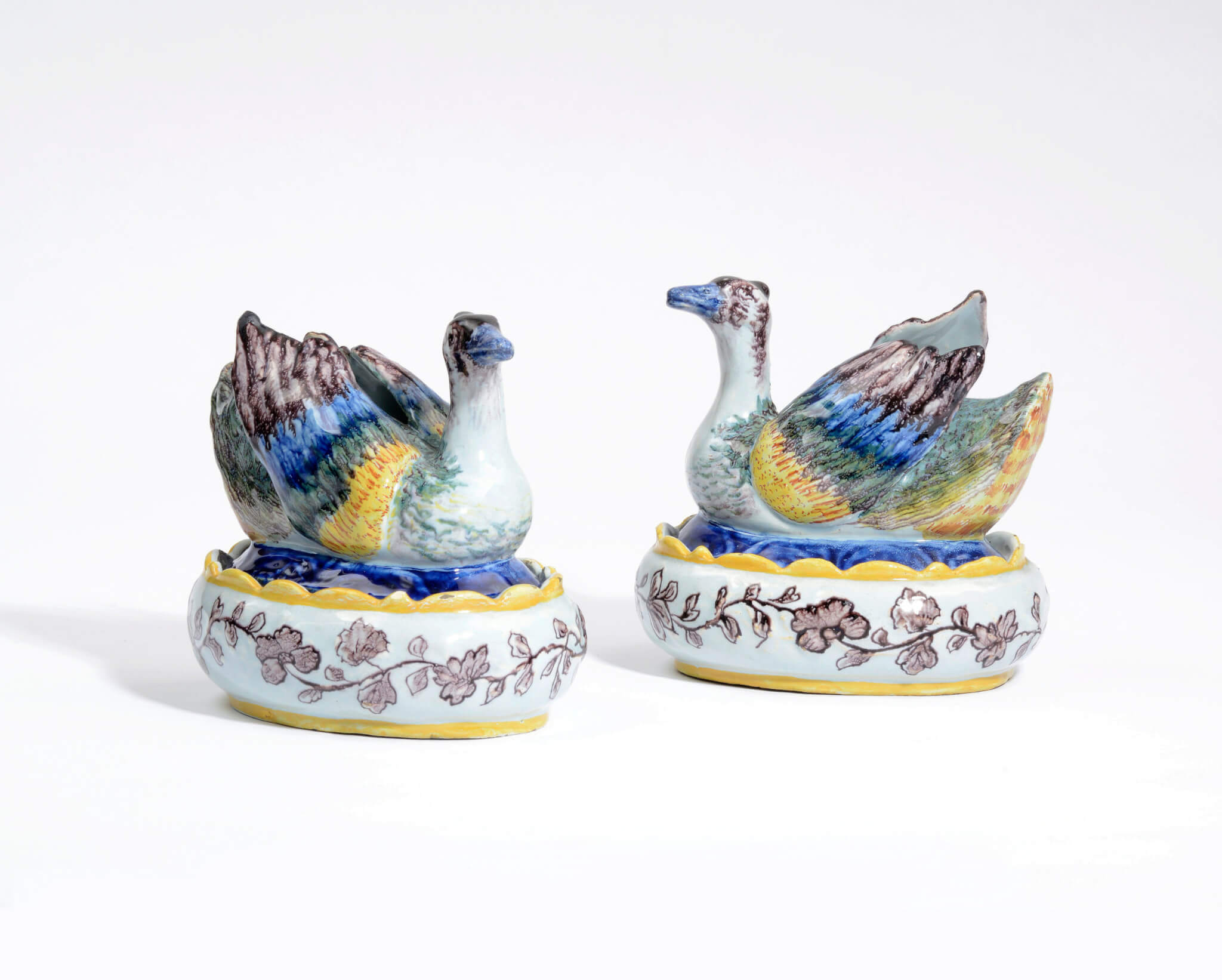 It was purchased in 1657 by Jacob Wemmersz. Hoppesteyn, who two years later would also buy Het Moriaanshooft (The Moor’s Head) factory, and Adriaan van Houten. This companionship did not last long, in September the same year, the factory shares of Jacob Wemmersz. Hoppesteyn were bought by the son of Adriaan van Houten, Benedictus. The factory changed ownership once more and shares were divided, but from 1668 until the abolition in 1803, the factory was owned by one person or couple.

In the early years of existence of the pottery, objects were made similar to the faience produced in Haarlem. In the collection of the Gemeentemuseum, The Hague, is a gadrooned dish with a cherub painted on the convex center. Trade contacts were maintained between Delft and Haarlem. People were therefore aware of the type of objects that were produced in both cities. They also might have been aware of the lawsuits between father and son Verstraeten in Delft. To show that certain objects could also be produced in Delft was possibly the reason that this dish was marked, as in Delft it was not before the seventies of the seventeenth century that objects were marked.1

All kinds of objects were produced in the seventeenth century at De Porceleyne Byl factory: dishes, chargers, salt cellars, jugs, mustard jars, candlesticks and holy water kegs amongst others. These objects were not only produced for the Republic, the products were transported in all directions by De Porceleyne Byl. Their clientele extended from Haarlem to Hamburg and from Brussels to Wesel.2 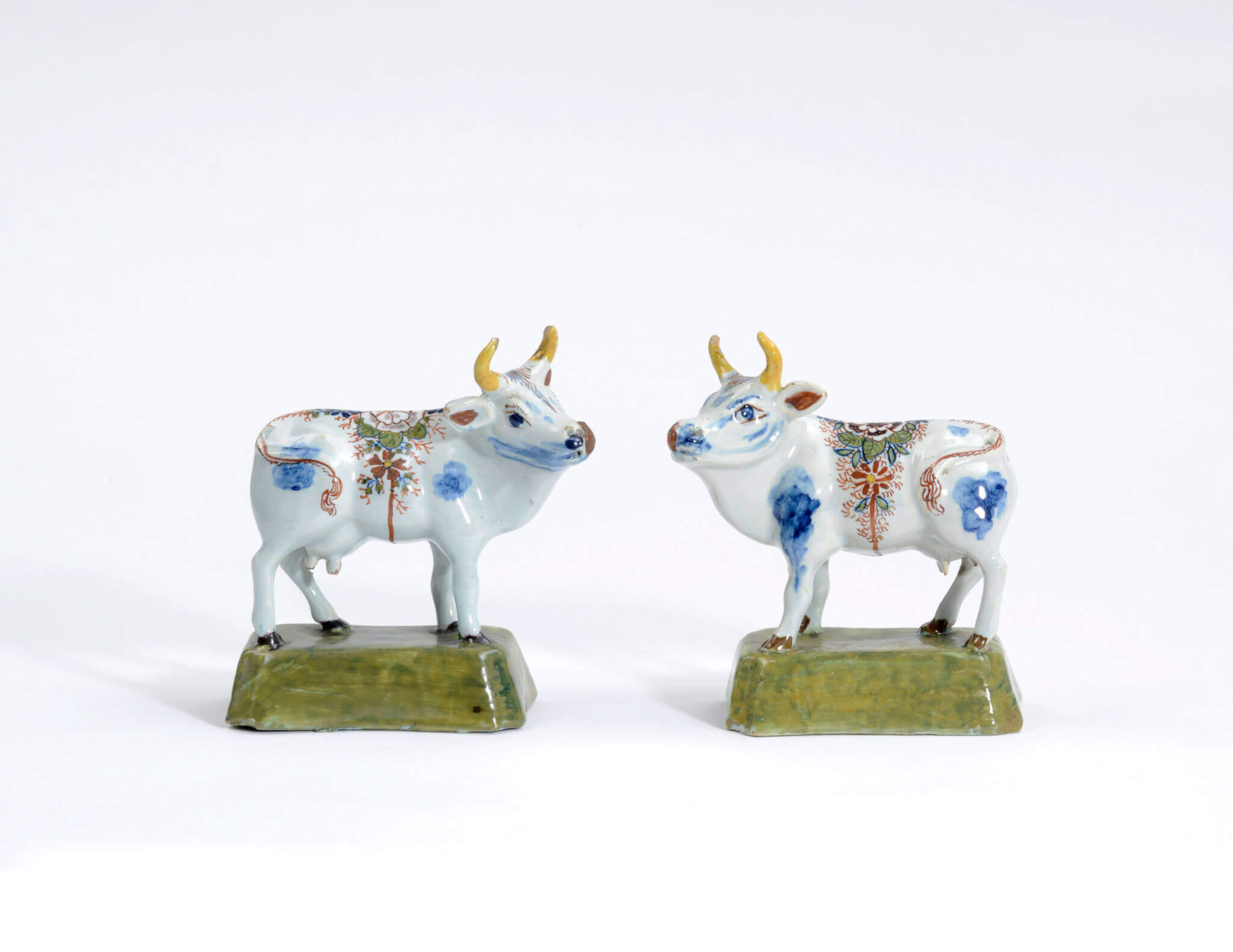 From 1739, the factory was owned by Justus Brouwer, who later bought De Drie Porceleyne Flessies (The Three Porcelain Bottles) factory in 1761 for his son. However, Justus was apparently unable to finance the purchase as he was just twenty one years old and under guardianship of his mother. Instead, Justus’ mother purchased the factory for him.3 Justus managed the factory until his death in 1775. It was then controlled by his widow Anna Christina van Oorden until her death in 1785.4 Besides the hatchet mark, Justus Brouwer used the initials IB for the objects made during his ownership. However, judging by a complaint of Justus filed in 1764, there were other Delftware factories that applied his factory’s trademark on their wares.5 The reason for this is not entirely clear, although it is possible that the factory was so popular that other factories copied their high-quality objects. Possibly in reaction to this, the factory installed a sign on the facade with the hatchet, dish, bowl and bottle.6 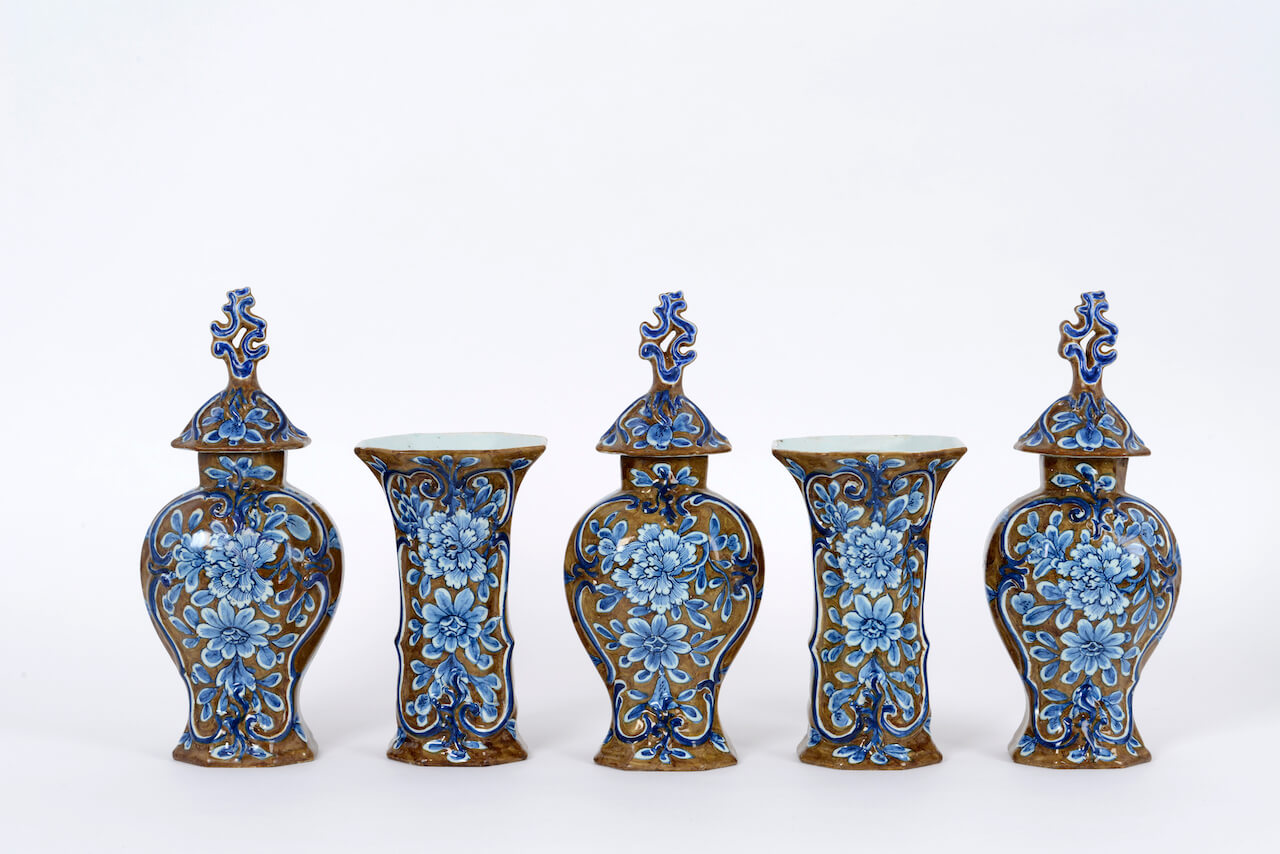 Under the management of Justus Brouwer, the factory mostly produced blue and white objects, some of which were decorated in a Kangxi style. His son Hugo Brouwer, who was the manager of De Drie Porceleyne Flessies from 1761 to 1777, was effectively the owner of De Porceleyne Byl factory from 1785 until 1790. As a member of the youngest generation, Hugo developed a more decorative style of pottery. In later years, he had a greater role in the production of faience, which was more aligned to a folk art style.7 Hugo Brouwer produced small jugs, flowerpots, vases, and human and animal figures in a French rococo style. He also shifted the production to include more polychrome objects. The small figurines led to a new chapter in the history of Delftware, giving Delft faience a meaning and independence that it retained until the end.8 After Hugo’s ownership, the factory changed hands several times until it closed in the beginning of the nineteenth century.