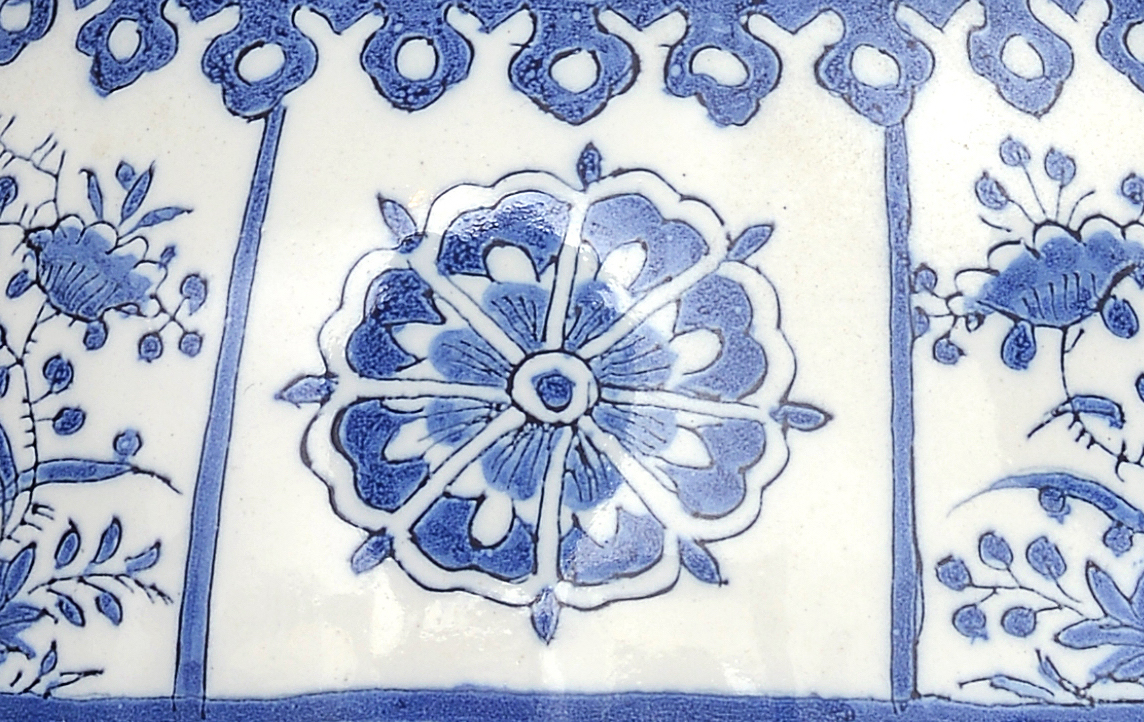 The Tudor rose, which is sometimes also called the Union rose, is the traditional floral heraldic emblem of England. Its name and origins come from the House of Tudor, which united the House of Lancaster and the House of York. The Tudor rose consists of five white inner petals, representing the House of York, and five red outer petals to represent the House of Lancaster. During the reign of King William III and Queen Mary, Delftware objects were given as gifts to the nobility across Europe. The tradition continued even after the death of Mary in 1695, when King William gave many of the late Queen’s Delftware to the English nobility. Often, these objects would bear symbols of the kingdom, such as the monogram of William and Mary painted in calligraphy, or symbols such as the Irish harp or the Tudor rose of England.

The striking flower ornament on the group of Delftware objects appears to have been taken from Chinese porcelain from the Kangxi period (1662 – 1722).1 Although the eight petals do not correspond to the number of petals of the original Tudor rose, it is quite possible that it was chosen especially for Mary’s Delftware.2 Many Delftware objects that bear this emblem are marked for De Grieksche A (The Greek A) factory. De Grieksche A factory is considered one of the most famous and prestigious Delftware factories, and it is only logical that this factory was a purveyor of the court. Queen Mary commissioned many objects for the decoration of the Royal residence, Palace Het Loo from De Grieksche A when Samuel van Eenhoorn was still the factory’s owner from 1678 to 1685. William and Mary continued to patronize the factory even after they moved to England, where they ordered magnificent Delft objects under Adrianus Kocx’s ownership from 1687 to 1701. In addition to Mary’s special commissions, the royal couple also gifted pieces of Delftware from De Grieksche A factory to hosts or noblemen who had supported them during the Glorious Revolution of 1688. The royal gifts have been found in castles and palaces across Europe. 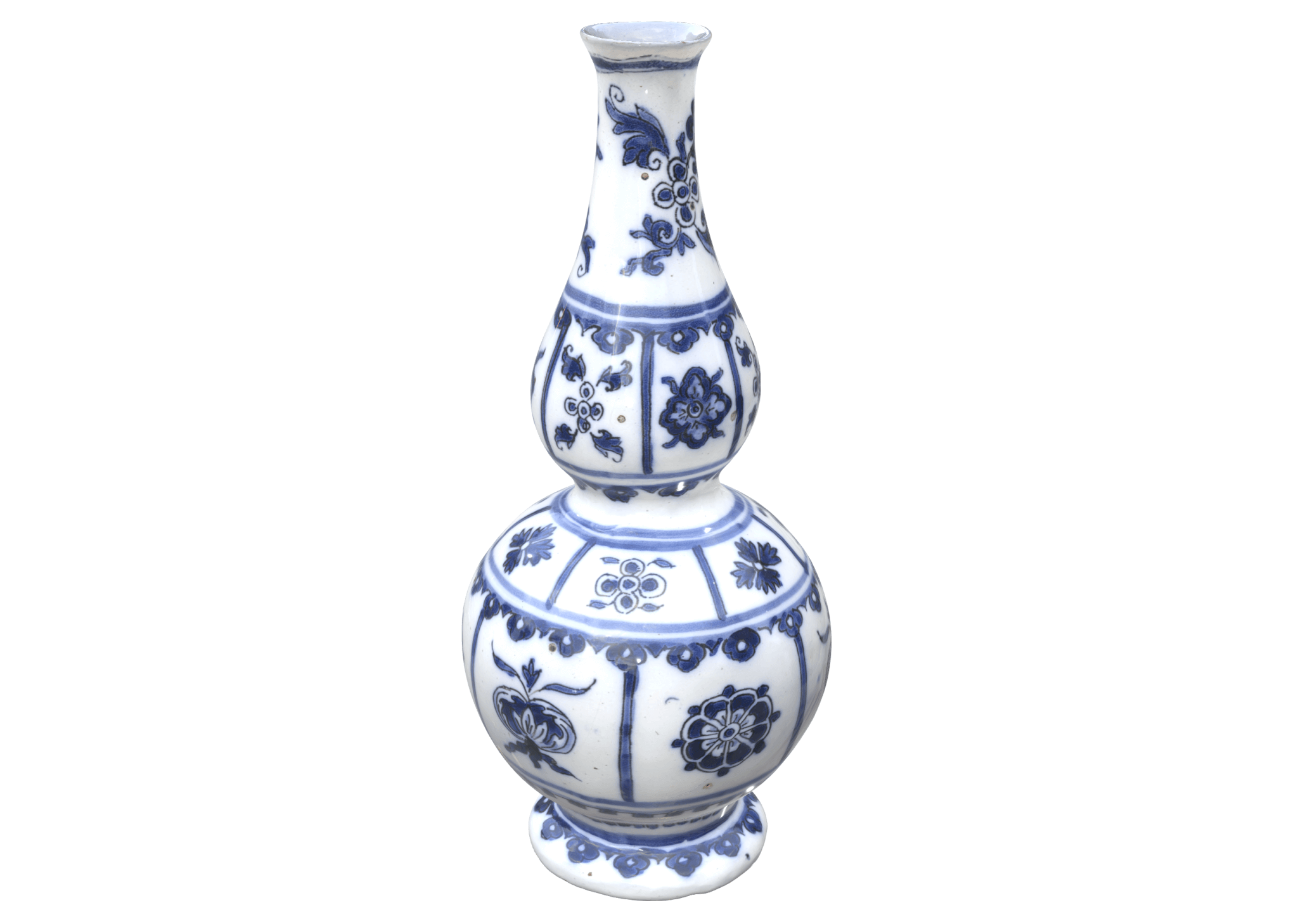 The Delftware objects with Tudor rose decorations are in both public and private collections today. A pair of large ewers on a pedestal, marked for Adrianus Kocx, that bear the Tudor rose (inv. no. 1083.1-2) are in the Royal Collections in Hampton Court Palace. Also in the Hampton Court Palace is an unmarked vase with snake handles that bears this decoration. Another Delftware object bearing the Tudor rose is a large blue and white oval flower vase, which is currently in a private collection. Marked for Adrianus Kocx, the vase was probably acquired by Lady Mary Mordaunt (1658/9-1705), Duchess of Norfolk and 7th Baroness Mordaunt, and her second husband Sir John Germain(e), 1st Baronet (1650-1718), for the King’s Dining Room in Drayton House, Lowick, Northamptonshire.

The sumptuous flower vases marked with the Tudor rose are well known, but there are smaller objects that bear the same decoration, such as pilgrim bottles, chargers and vases, often marked for Adrianus Kocx. For example, this blue and white guglet from circa 1695 is decorated with Tudor roses on the knop of the neck. However, a small vase decorated with Tudor roses is marked for Lambertus van Eenhoorn, the owner of De Metaale Pot (The Metal Pot) factory from 1691 to 1721.