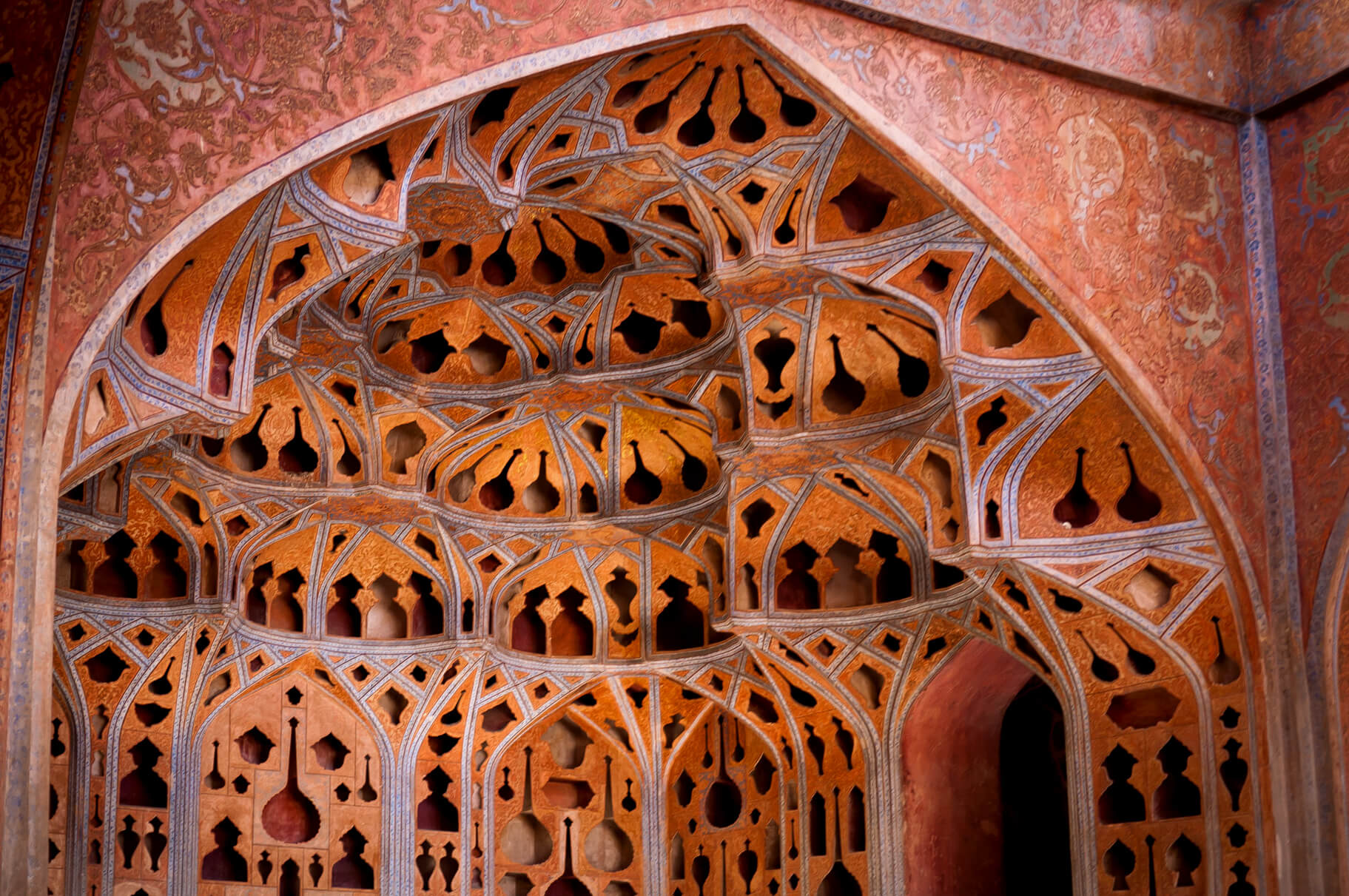 It would seem rather impossible to speak of ceramics, either earthenware or porcelain, without paying tribute to the color blue.

This story cannot be told without explaining the influence of the Middle East, which one can see in the early Chinese stoneware and porcelain production. The cobalt ore, needed to create the intense blue, was imported from the Arabic territories in modern day Kashan, south of Teheran, Iran, and the ore was traded for the light-green celadon wares that were much desired in the Middle East. Celadon wares were believed, even until today, to sweat, change color or even break when in contact with poisonous food.[1]

It is likely therefore that the first export wares of the Chinese porcelain production were made for the Arab world. Middle Eastern ceramics, fired at lower temperatures, were not very suitable for tableware, since they remained porous. From the eight and ninth century onwards, before the discovery of porcelain, the Chinese produced beautiful stoneware, almost translucent and snow-white, or covered in olive green glaze; celadon. Imported in large quantities, this desired ceramic was already imitated by potters in Iraq in the ninth century. By covering earthenware with a white tin glaze, that did not run as the transparent lead glaze did, it was perfect to apply with decorations. These white wares were copied by Iranian artisans, but they enriched their product with colorful decorations.[2]

Cobalt blue was used by the ninth century Iranian potters to decorate the colorless alkali glaze. This glaze covered their newly invented fritware, a thinner and whiter ware made from a mixture containing quartz, white clay and potash or soda. By the tenth century, they also used copper oxide to produce a bright turquoise glaze, or added manganese for a reddish purple color.[3] The Chinese, having a long history of producing objects exclusively for export purposes, were masters in adapting their wares to the taste of their customers. It is thought that the Chinese artisans started to apply cobalt blue on the Chinese stoneware objects, when they became aware of the wish for decorations of their Middle Eastern customers.

The decoration schemes were adapted to the Arabic market, and consisted of scrolling foliage, possibly derived from Greek acanthus leaves. Also decorations of Chinese and Buddhist origin were used, to give the wares the exotic feel that made them so desirable. It is this type of porcelain that had been developed in China during the Yuan period (1281- 1368) especially for the export to the Arabic Near East, that first reached Europe.

The European name of cobalt was derived from kobold ore, German for goblin ore. It was found as a by-product in the copper mines. When smelted, it gave of poisonous arsenic, causing the miners to severely dislike it, and therefor giving cobalt a bad name. They did not recognise it as a useful material yet. The greyish cobalt-oxide was applied to the biscuit baked pottery of earthenware or porcelain, and turned into a beautiful cobalt blue when fired.

With the cobalt blue as a medium for exchange, the traders from the ports of Siraf (Persia), Basra (Iraq) and Sohar (Oman) had first choice of the best Chinese artwork for at least a century, from the early fourteenth until the early fifteenth century. When the Portuguese traders, and later the Dutch appeared, the quantities of the Chinese porcelain production went up, and the quality for export dwindled.[4]

It is interesting to know, that the new Chinese blue and white porcelain boosted the local ceramics production in the Middle East. They became experts in imitating Chinese porcelain to such an extend, that Iranian ceramics were sold as China-ware by the Dutch and English traders in the 17th century, when the Chinese production came to a halt by the civil unrests.[5] The Iranian tin-glazed and coloured wares spread along the coast of Northern Africa in the wake of Islamic conquests and up into southern Spain. They were imitated in mainland Italy and Sicily, since the latter had a large Muslim community, and may even have employed Muslim craftsmen from Tunisia. Tin-glazed earthenware must have been expensive in Italy, since the tin was imported from England. The first known objects still clearly show some relation to Arabic pottery, including tall jug jars albarelli, but soon, typically Italian forms would be made.

Already from the beginning, the Italian tin-glaze ceramics had a decorative function, as many of the ordinary objects for everyday use were still covered in lead-glaze. With the introduction of other colors to decorate ‘majolica’ was named. Still as famous nowadays, it probably took its name from the Spanish island of Mallorca, where many Moorish tin-glazed earthenware, made at Valencia and Malaga, was transhipped in the fifteenth century.[6]

The earliest pieces of Chinese porcelain reached Europe mostly overland via the Middle Eastern route, or silk route, with the silk trade. These pieces were highly prized and often mounted with gold or silver, to make the object even more beautiful, to protect it or to change the use. Relic-holders or vases are known that were turned into ewers for example. The Gaigniéres-Fronthill Ewer, a Chinese Celadon vase of the late thirteenth century, mounted in gilt silver, is a famous example. An illustration is shown in H. Couts, p. 64, ill. 73.

It was only in the fifteenth century when the Portugese started to bring larger amounts of porcelain to Europe via sea, that porcelain became known wider. It seems not to have spread widely through European society though, since porcelain got incorporated instantly in royal collections and was only sparsely exchanged as gifts. From the beginning of the sixteenth century, porcelain was imported on a more regular basis. In 1517, the first ships arrived, and already by 1522 the Portugese government had ordered, that a third of the home-bound cargo should be porcelain. At that moment, Chinese porcelain already began to reflect the European taste in the styles of decoration and design.[7] However, the Portuguese were never able to import porcelain on the scale that the Dutch would later, the reason why at first porcelain was only available for the royals of the Portugese court. The large amounts of Chinaware the Dutch shipped home eventually made the prices go down, and the wealthy Dutch bourgeoisie was able to acquire pieces to decorate their homes.