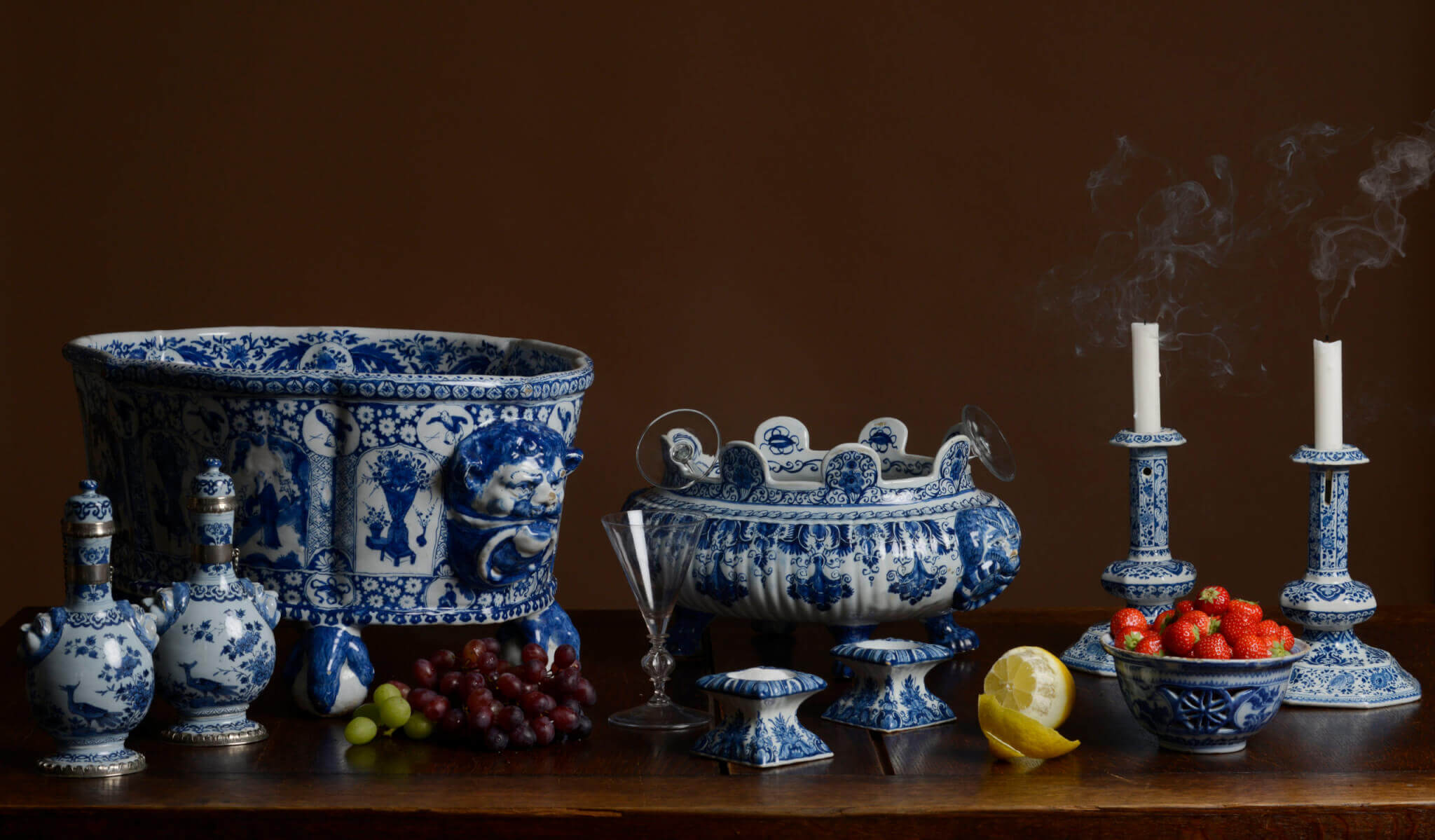 During the seventeenth and eighteenth centuries fine dining was an exceedingly important social ritual, and the accompanying accessories were reflective of the owner’s status. The well-laid table was the culmination of splendor. However, dining traditions changed during these centuries and the Delft potters quickly accommodated the new tastes of the nobility and the wealthy bourgeoisie for adorning their tables. From the afternoon tea table to dinner tables and even after dinner drinks: Delftware objects were created for all these different occasions. Although traditions changed, a dinner party given by a prosperous family in both the seventeenth and eighteenth century was a veritable feast for the senses: a gustatory treat to taste the beautifully prepared and perhaps exotic foods, and a visual treat in their presentation and in the table setting itself.

One of the changes in the seventeenth century was the drinking of tea. Initially drinking tea in Europe had a medicinal purpose, since it “suivert het grove bloedt, verdrijft de sware droomen, (…) ’t verjaegt de dommigheijt en ’t sterckt Venus’ handel (gedienstig voor nieuw getrouwde)” (“purifies coarse blood, drives out heavy dreams, (…) chases away stupidity and strengthens Venus’ affairs (useful for newly weds)”. It took a while though before the fashion became generally established, but in the last quarter of the seventeenth century, the craze for tea drinking began to sweep through Europe. The Chinese word for the hot beverage, ‘tê’, was now adapted to ‘thee’ in the Netherlands, ‘tea’ in the United Kingdom, ‘thé’ in France and ‘tee’ in Germany, and by 1680 “taking tea” was widespread amongst the Dutch households. When the practice became fashionable, it changed the rhythm of people’s daily lives. Tea could be drunk once or twice a day, but afternoon gatherings became the new habit. Furthermore it inspired people to acquire the necessary accoutrements for serving the drink, such as teapots, tea canisters, but also sugar dishes and sweetmeat dishes.

Also the dinner table underwent considerable changes at the end of the seventeenth century. Specialized dining rooms were built and accommodated new, large pieces of furniture, such as buffets and draw-leaf tables. Unlike the smaller and lightweight furniture that preceded, these new forms were heavy and were not easily moved throughout the home. Further, tablewares and decorative objects were designed to complement the new furniture. The most beautiful buffets included sumptuous services including a wine cooler or monteiths, which were filled with ice or cold water in order to chill the bottles or to cool the wine glasses in preparation for serving the wine. Another indispensable object for the well-laid dinner table was salt. Salt, known as ‘white gold,’ was especially expensive during ancient times and the middle ages. Over the centuries, salt became more available, but through the seventeenth and into the eighteenth century it remained an important indicator of wealth and status on the dining table. The presentation vessels were often sizable and impressive. The shape of salt cellars often derived from typical Dutch silver salts of the mid-seventeenth century. To decorate the table even more, candlesticks and flower vases were part of the vast array of Delftware tablewares. 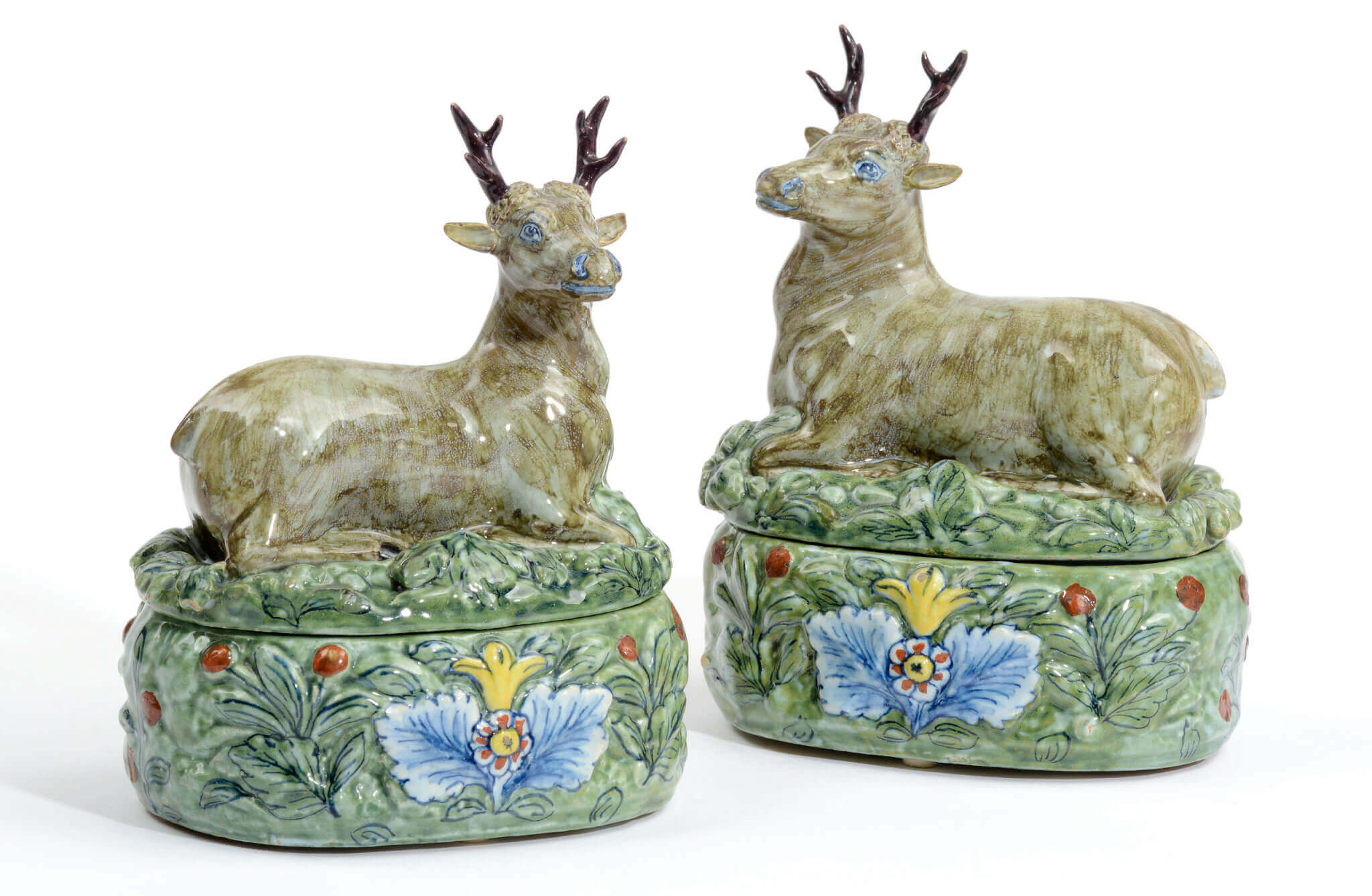 In the middle of the eighteenth century, dining ‘à la française’ (in the French manner) was the fashion in Europe. Inspired by the French court of Louis XIV (1638-1715, reigned 1643-1715), the serving dishes were laid out on the table symmetrically and in a very ordered way for each course and guests would serve themselves from the platters, bowls or tureens within their reach. Each course provided an opportunity to display and use a variety of tablewares: plates, serving vessels and a panoply of decorative objects. At the same time, the fashion for trompe l’oeil ceramics had spread throughout Europe. The tables of the nobility and wealthy bourgeoise were adorned with brightly colored fruits and vegetables of various shapes, or with zoomorphic objects in the form of domestic and exotic animals and birds, which gave the illusion of nature, luxuriant and animated. Small tureens and butter tubs became a specialty of the Delftware factories in the Netherlands in the second half of the eighteenth century. Naturalistically modeled as birds, animals, fruit and vegetables, often with accompanying stands molded with foliage, these tureens and butter tubs were often the centerpiece on the table. 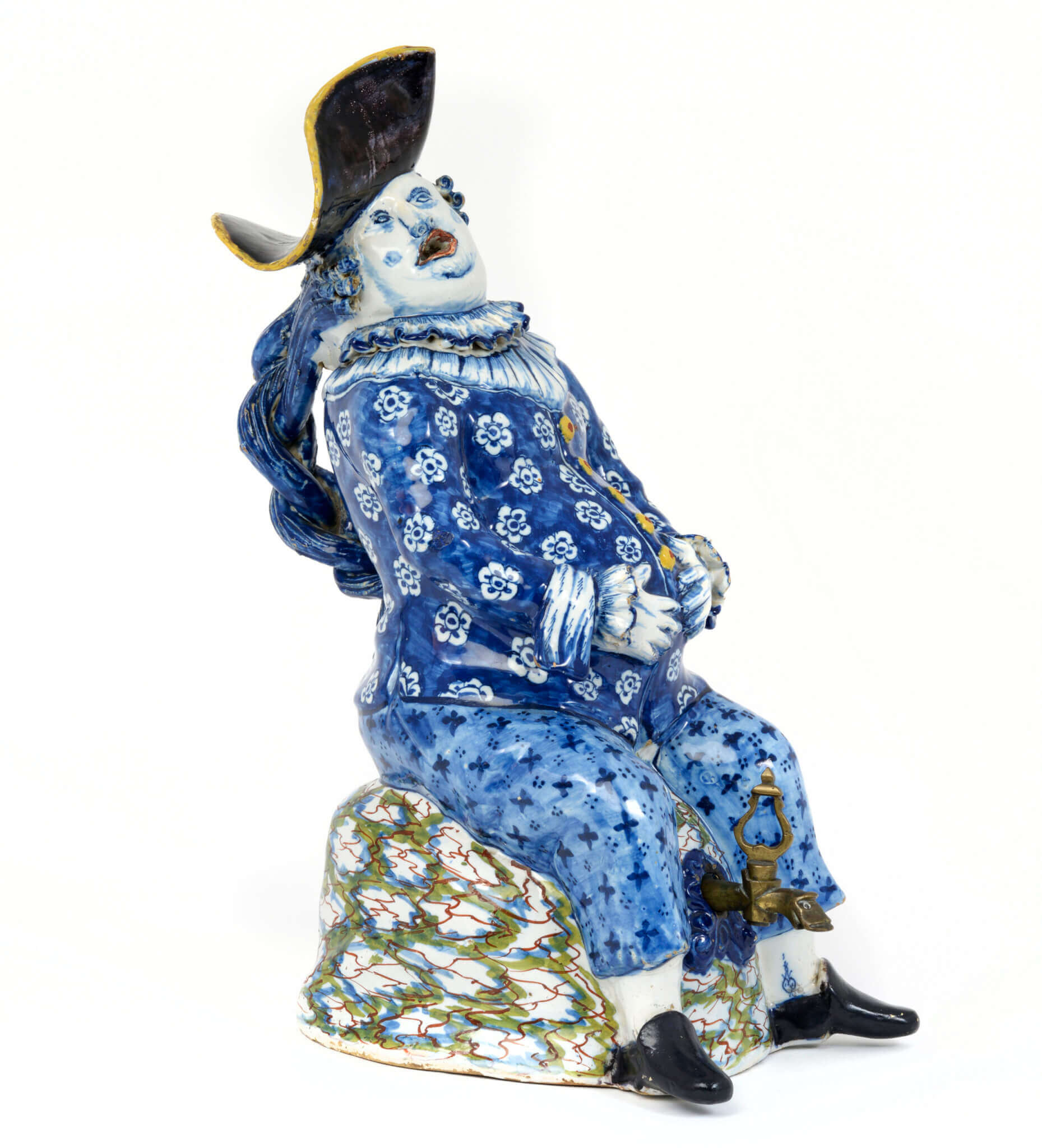 Not only dinner wares, but also objects for the service of drinking alcohol were produced at the Delftware factories. These objects were however vulnerable in use and even more so in maintenance. Most have probably been lost over time, making these objects even more uncommon. However, it is highly probable that these objects only served a decorative purpose, and were possibly only used at special occasions. Filled with beer, wine, or perhaps something stronger, they would have served as the centerpiece of a festive gathering.