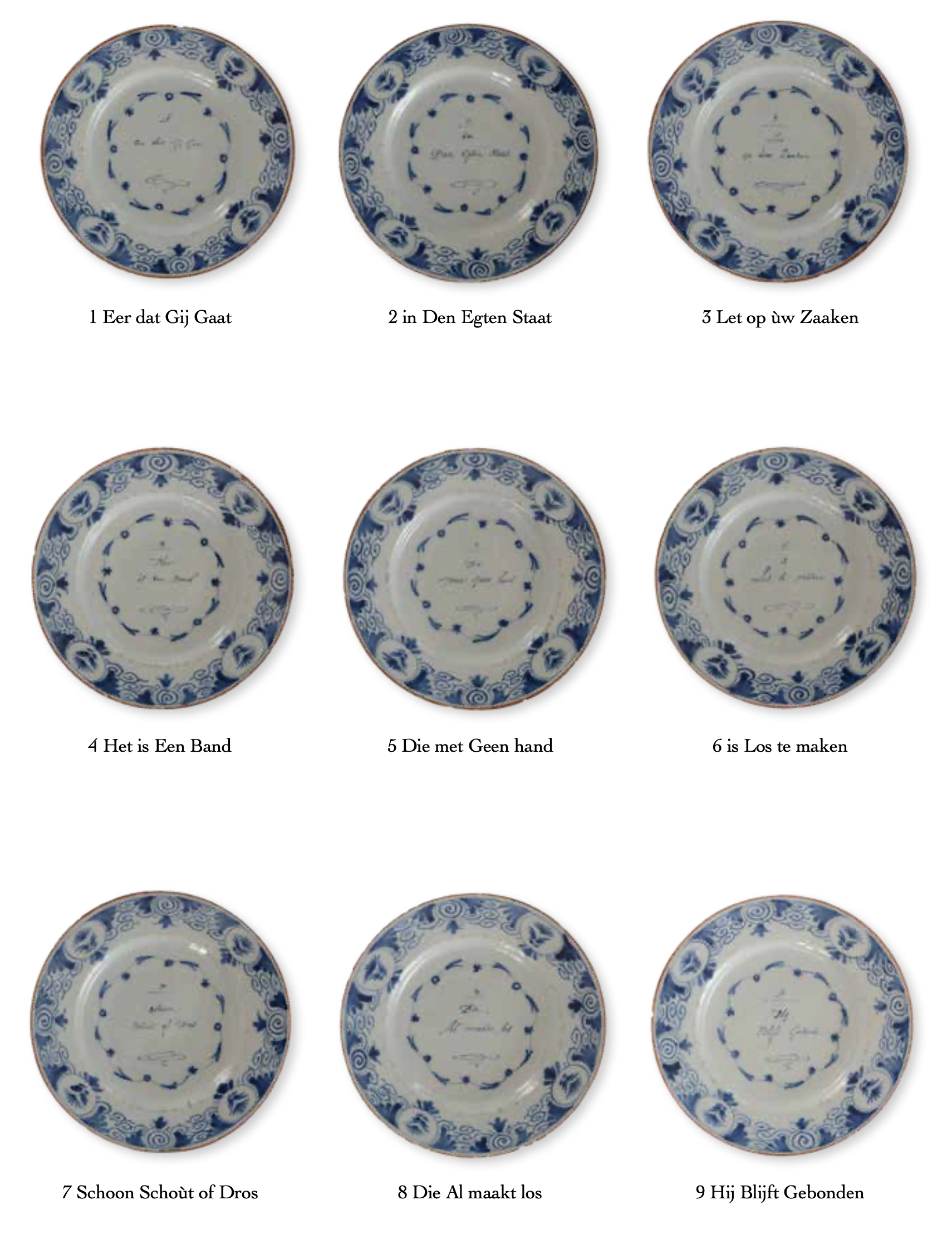 Each inscribed in blue in the center with number 1 through 9 above a sentence which together form a poem within a roundel, the rim with a border of four roundels filled with a floral sprig and four smaller roundels filled with a scroll motif separated by foliate scrollwork. This set of nine plates is inscribed on each with a different sentence together forming a poem regarding the subject of marriage, and the text translated freely as follows: “Marriage is a bond that cannot be undone; although the court can dissolve the legal aspect of marriage, you remain connected for life.”

NOTE
There must have been a long tradition of inscribed plates made in a series, as four dated 1683, in the Rijksmuseum Amsterdam (inv. nos. N.M. 3894- 3897), are illustrated by Van Dam 1991, p. 39, no. 17, who also illustrates on pp. 145 and 149, nos. 70 and 72, two later plates dated 1788 and 1804, respectively, which probably were individual orders rather than part of a series. However, Van Dam, ibid., comments on p. 38, that “there is a large group of blue-painted plates from the period 1660-1680 with rhymes which can be seen as the last phase of this type of plate” of the “standard seventeenth-century model with no footring that had been in vogue since about 1630 and was ceasing to be used around 1680.” Generally these plates inscribed with verses that range from thoroughly irreverent to deeply pious, are often rather crudely painted, suggesting that “they were made for a country or village inn. These pieces did not belong to the normal range offered by Delftware potteries and must have been specially ordered, [which] probably explains why [some series] were dated.” Even as special commissions, however, it is likely that they were painted by factory artists who may not have been highly literate, and therefore, the penmanship, combined with the eighteenth-century spellings of unusual words, can make the inscriptions difficult to read.