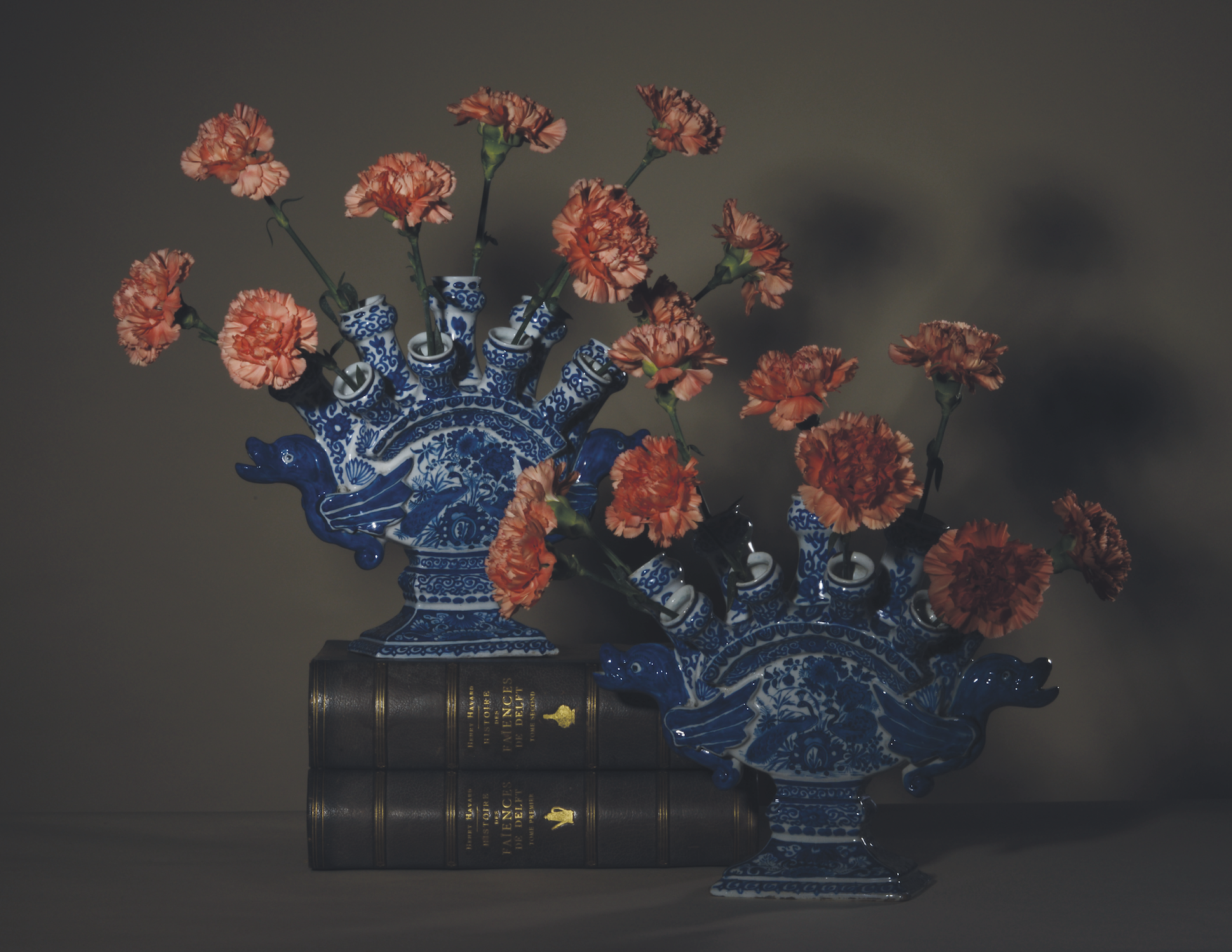 The flattened oval body painted on the front with a peacock and a duck perched on a rock among stylized floral shrubbery, beneath an arched cornice with a flower and scrollwork border and surmounted by four knopped circular spouts each painted with scroll devices, behind them a row of five similar but taller circular spouts painted on the front with scroll devices and on the reverse with a blossom and scroll device, the reverse of the body painted with a flitting insect and a bird in flight above a bird perched on a branch amidst flowering shrubbery, the sides with openmouthed flying bird handles forming two further spouts, the knopped ankle with scroll devices, and the blue-ground rectangular foot reserved on each side with a stylized blossom and leaf device.

Note
Flower vases with fanning rows of spouts were produced at the Delft potteries from the 1680s to about 1740. Initially, they were designed as simple quintel vases, which were topped by a single row of five spouts arranged in a fan. This form was elaborated and more rows of spouts were added. As can be seen on the present vases, a row of five spouts is modeled on the oval water reservoir, the second row with four spouts on the thickened edge of the front. The handles also evolved over time and were modeled as dragons or salamanders. Eventually, these exotic additions were replaced by a kind of flying bird as seen on the present pieces. These striking handles were regularly applied on oval-shaped flower vases produced at De Metaale Pot during the ownership of Lambertus van Eenhoorn. The decoration on this kind of vases is often executed in a European style, with putti or the goddess Flora, the present vases however are decorated in a Kraak-style with birds amidst flowering shrubs and stylized rock work.