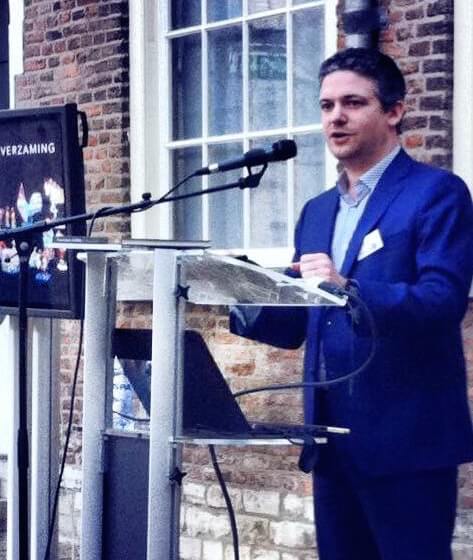 On Tuesday, February 17th, 2017, Robert Aronson will be giving a lecture for the American Ceramic Circle Atlanta’s meeting.

The American Ceramic Circle (ACC) was founded in 1970 as a non-profit educational organization committed to the study and appreciation of ceramics. Its purpose is to promote scholarship and research in the history, use, and preservation of ceramics of all kinds, periods, and origins.

The lecture entitled ” Where would Delft be without the VOC, The history of the first main ceramics production in Europe, a birds eye and mondial view from 1600 through 1850, and beyond”, will place the rise of Delftware in the social and artistic climate of the times.

Robert Aronson is fifth generation owner and director of Aronson Antiquairs in Amsterdam. Aronson Antiquairs was founded by Robert’s great-great-grandfather back in 1881 in the Eastern Dutch city of Arnhem and his son moved the company to Amsterdam around 1900. Although Aronson’s originally started as general antiques dealers, the generations always had a strong passion for Dutch Delftware. Two decades ago father and son Aronson decided to focus completely on the subject of Dutch Delftware and Robert is now recognized internationally as one of the leading experts in the field.