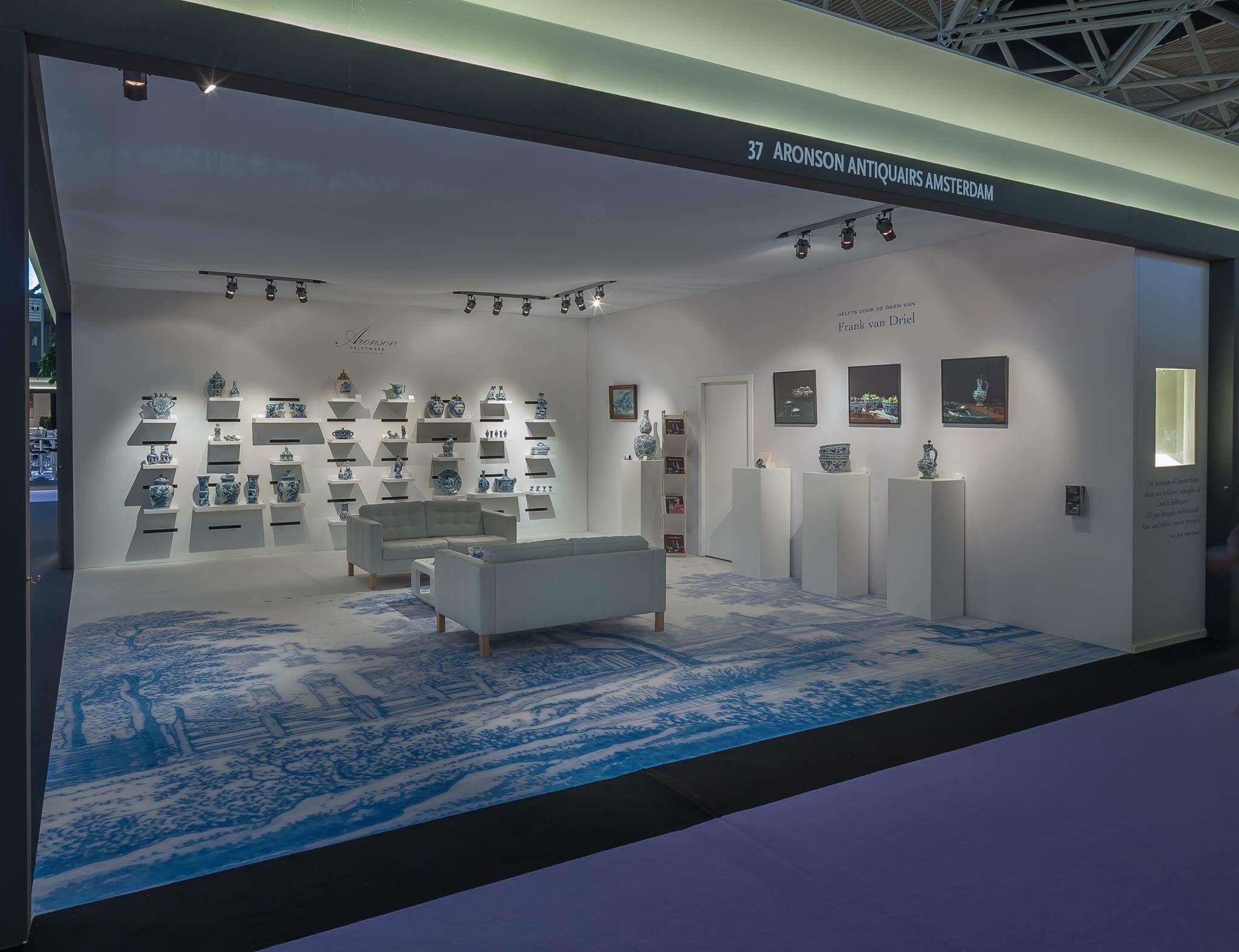 At PAN Amsterdam, the Dutch national Dutch art fair, which ran in the last week of November 2016, Aronson Antiquairs presented a true concept stand. It was a true card-de-visite for the company as it focused on blue and white Delftware from both the 17th and 18th century. The most iconic Delftware is blue and white, to such an extend that a factory in the early 20th century was inspired and named their product ‘Delfts blauw’. ‘Delfts blauw’ (Delft blue) became the popular name of Delftware of all ages. The carpet was printed with the image of a 17th century plaque by Frederik van Frijtom with a typical Dutch landscape. His paintings are so great that, even enlarged to this size, it held up. Antiques in a modern setting, with a small look at colored Delft too, was seen by the 38’000 visitors. Their positive and exciting comments can be see all over social media; see http://www.facebook.com/Delftware for a few.