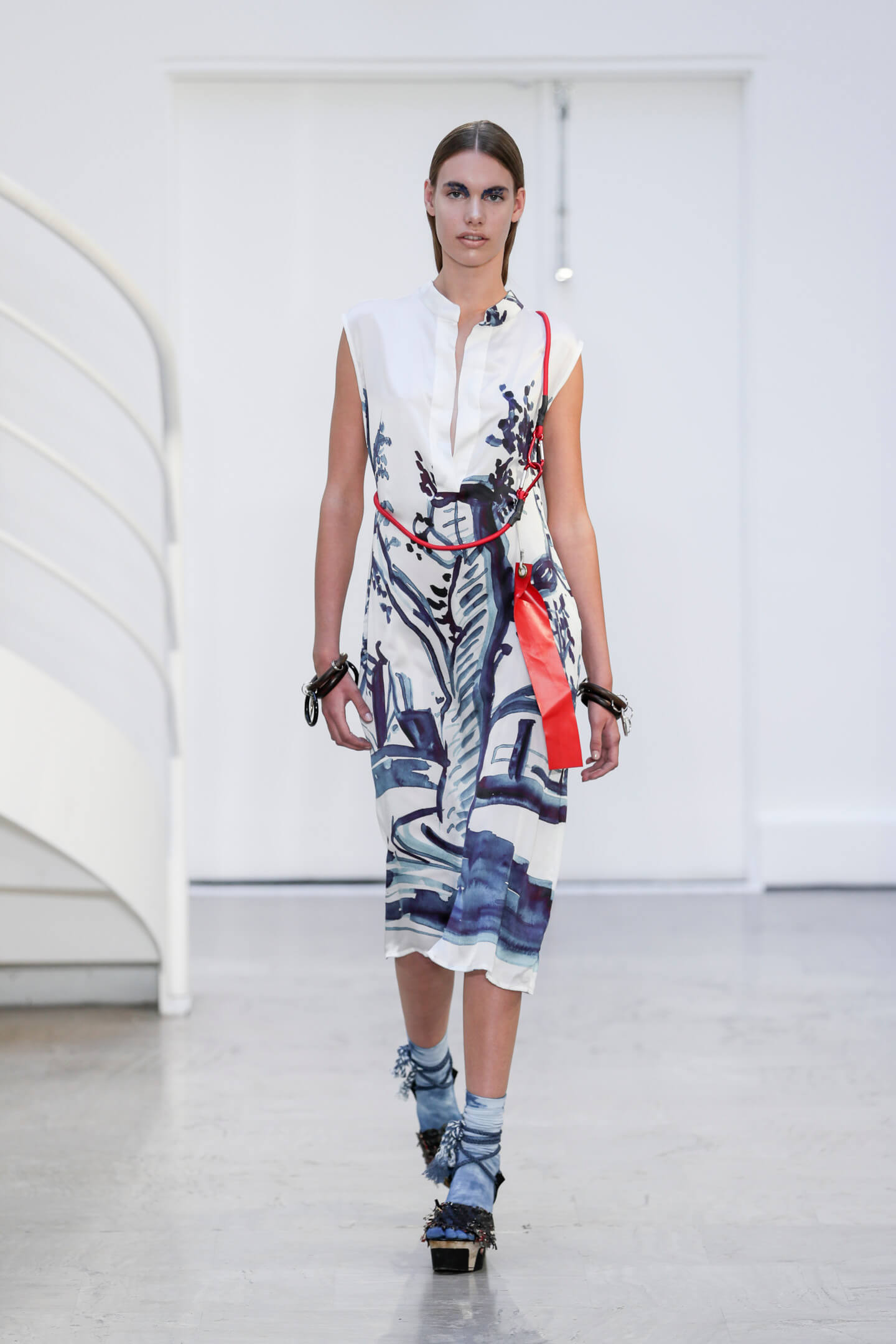 Delftware has never ceased to inspire artists. After Christian Dior, Valentino, or Dolce & Gabbana, it is the turn to Liselore Frowijn, designer for SAGOI, to reinterpret the iconic Delftware patterns.
On the opening day of Paris Fashion Week, the upcoming designer unveiled an amazing spring/summer 2017 collection. Her creations combine mythic scenes on the pastoral lifestyle of 17th century Dutch farmers with Japanese patterns. The artist was first inspired by an Amsterdam canal house where she used to live, which still features Delft blue tiles from 1667. This led her to explore the cultural exchange between the Netherlands and Japan that occurred on the Japanese island of Kyūshū 400 years ago, where ceramic was traded.