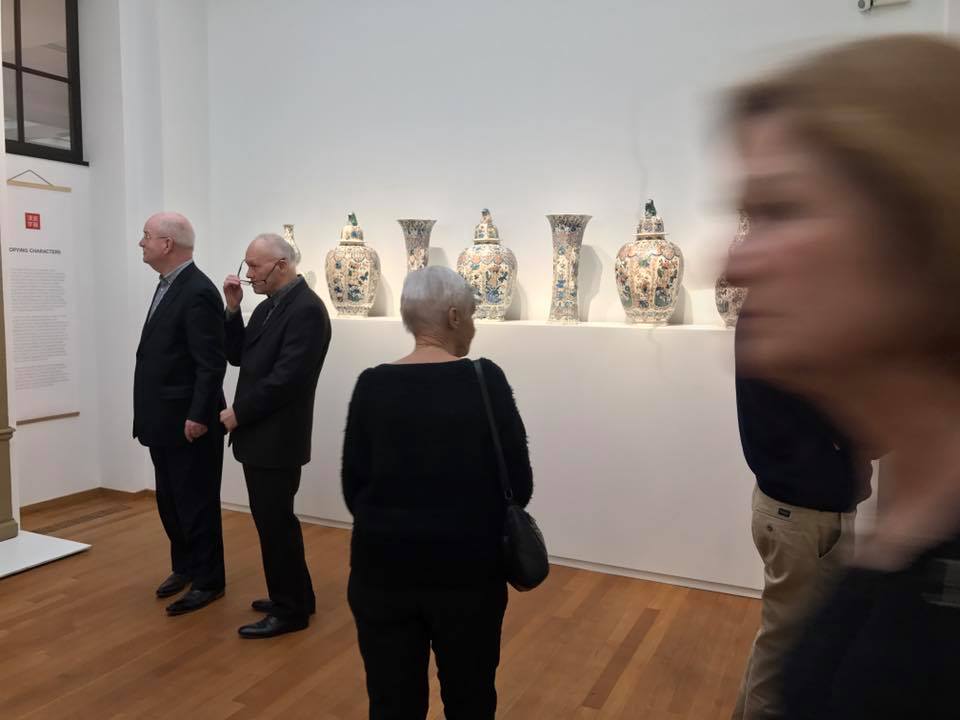 Last week, the exhibition China Character – The Story on Porcelain opened in the Gemeentemuseum in The Hague. Ever since the founding of the Dutch East India Company 400 years ago, people in the Netherlands have been entranced by the beauty of Chinese porcelain. Wealthy Dutch citizens of past centuries were obsessive collectors of the blue and white ceramics, which were often decorated with Chinese characters. Far more than simply ornamental, there is a meaning underneath these decorations.

Centered around the magic of the Chinese characters, the exhibition shows many oriental ceramics, but also Dutch Delftware interpretations of such objects with painted characters. We are proud that the Gemeentemuseum selected one of our collection highlights to illustrate this: a rare Delft large seven-piece garniture from circa 1710. Marked for Lambertus van Eenhoorn, who was the owner of De Metaale Pot (The Metal Pot) factory from 1691 to 1721, the vases are richly decorated in the cashmere palette. Painted with rocky landscapes, fluttering insects and exotic birds in flight, or perched on branches of chrysanthemums, combined with Chinese characters (which as far as we know were often interpreted freely and therefore lacked their original meaning), the set perfectly embodies the splendor of the Orient.