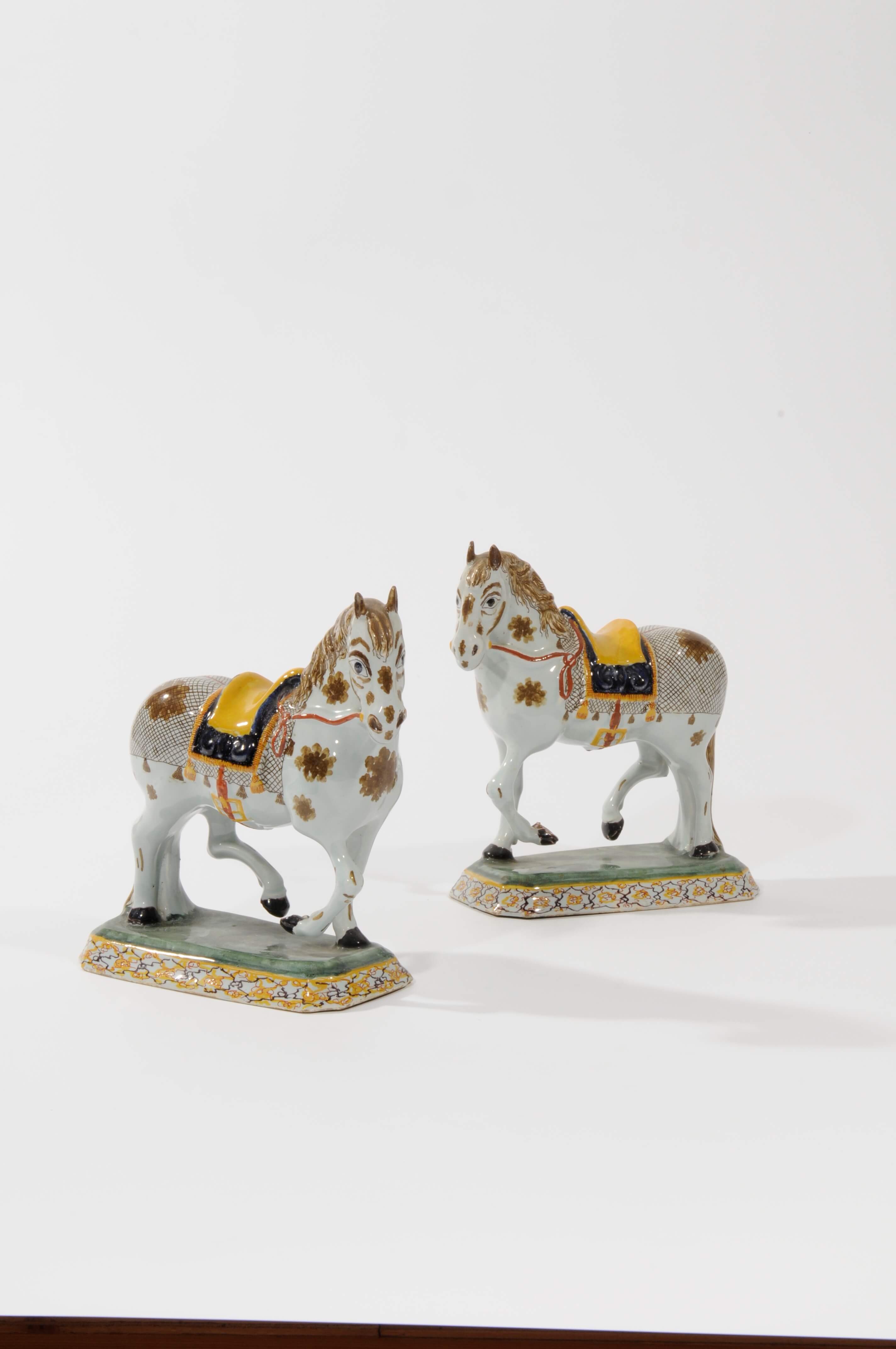 Each with a brown-spotted hide and manganese eyes and hooves, brown ears and mane, and wearing a yellow saddle outlined in blue over a yellow- fringed and -tasseled manganese saddle blanket and a tasseled brown net across the back fastened with iron- red straps, modeled affronté, walking with one foreleg and one hind leg raised above the green top of a rectangular base with notched corners and canted sides marbleized in yellow, manganese and iron-red.

From 1700, the Delft potters started to experiment with moulds for modelling. This led to the production of a multitude of rond de bosse figurines. The naturalistic animal figures were inspired from the porcelain and faience centres of Strasbourg, Meissen, Chantilly, etc. This pair of horses was probably intended as ornaments to be displayed in glass cabinets or etageres