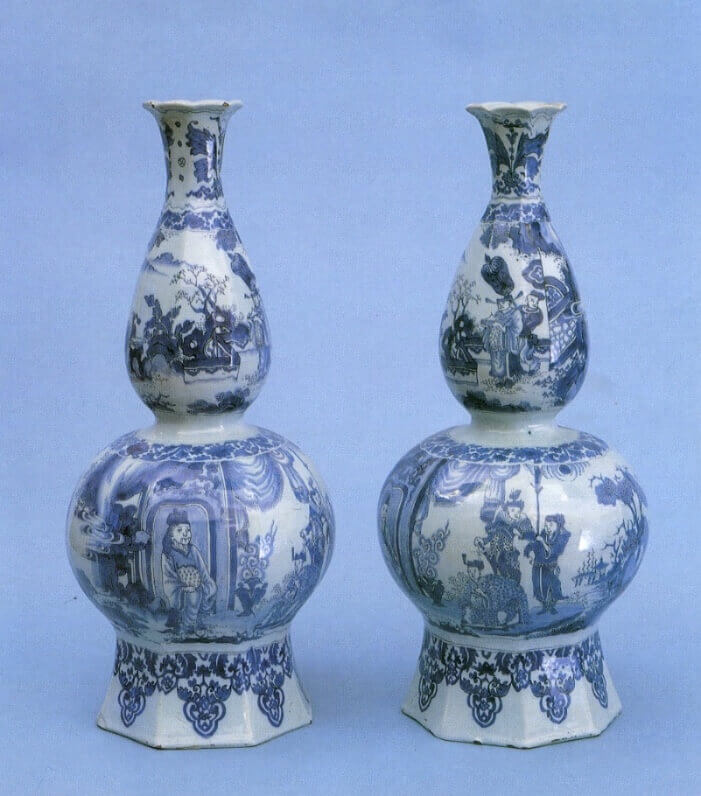 For many centuries, the Wawel Castle in Krakow, Poland has been witness to countless historical events. The present building was constructed after a devastating fire in the beginning of the 16th century. King Alexander (1501-1506) and his brother Sigismund I the Old (1506-1548) commissioned a splendid Renaissance palace to be constructed in Krakow, Poland. The castle fell victim to the numerous wars and conflicts that ensued, and many objects and works of art were plundered by the occupants. When Poland finally regained its independence in 1918, a part of the castle was reserved as a museum of historic interiors.

The purpose of the newly founded museum was to recreate the atmosphere of a Royal Residence. The institution then acquired a modest collection of Delftware objects amongst many important works of art and artifacts. Unfortunately, of the six pieces that were bought between the two World Wars, only one survived the German occupation of the castle. After World War II, the collection progressively grew. Today, two groups of donations mainly form the institution’s Delftware collection: a beautiful collection of plates formerly belonging to the Warsaw lawyer Tadeusz Raabe, and a group mainly constituted of vases that was given by the Swembek family of Wysock. Amongst the donations are two beautiful blue and white chinoiserie double gourd vases, whose decoration is typical for De Grieksche A (The Greek A) factory during the period of Samuel van Eenhoorn ownership.