Duivenvoorde is a unique thirteenth-century castle and estate located in the town of Voorschoten in the Netherlands. The estate and castle have been in the same family for centuries and continues to be inhabited today. For eight centuries, Duivenvoorde was inherited by the families Van Wassenaer (thirteenth-eighteenth century), Steengracht (nineteenth century) and Schimmelpenninck van der Oye (twentieth century). In 1960, Duivenvoorde was entrusted to an estate by Baroness Ludolphine Henriette Schimmelpenninck van der Oye.

The Duivenvoorde castle has fourteen historic interiors, spanning the seventeenth through the nineteenth centuries. Each room has its own distinct character; one can admire a Marot hall, a Cuir de Cordoue cabinet, a porcelain room and a library. While the fourteen rooms vary in period decoration, the front house retains its seventeenth-century state. It is decorated with several beautiful portraits of the former residents of the castle to honor the rich and storied history. Delftware is also represented; an early blue and white Delft garniture decorates a cabinet, as well as many other blue and white seventeenth-century vases. The castle also houses beautiful eighteenth-century polychrome plaques and dishes. 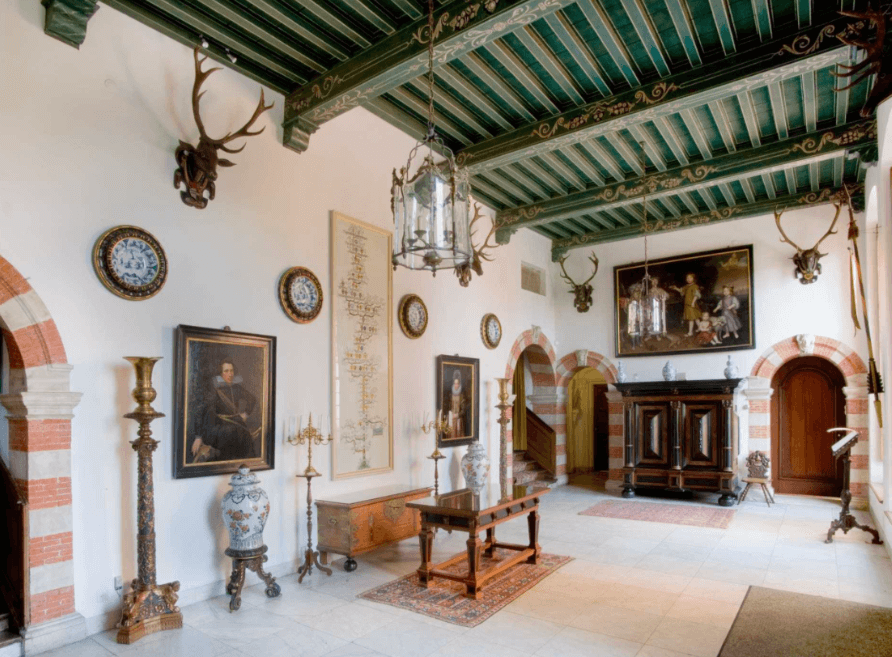