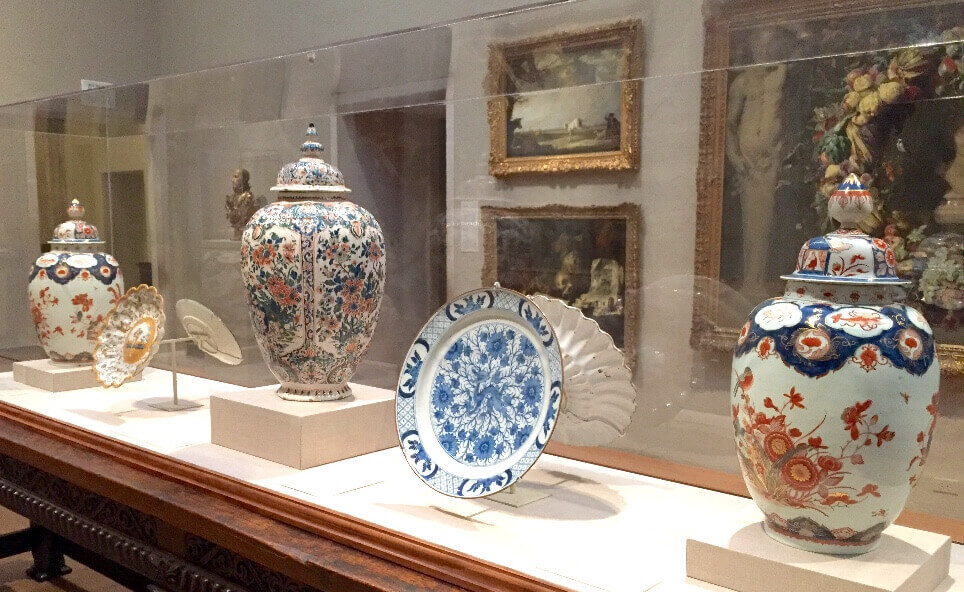 The Philadelphia Museum of Art was chartered in 1876 for the Centennial Exhibition, the first official World’s Fair held in the United States. The museum began as a legacy of the fair and first collected art and industrial objects. It rapidly expanded its scope of collections and space; the present Neoclassical building was completed in 1928. Today it holds an impressive collection of more than 225,000 works of art largely of European, American, and Asian origin.

The Delftware collection of the Philadelphia Museum of Art totals nearly four thousand tiles, blue and white, and polychrome objects. The group demonstrates the height of achievement of Dutch potteries between the 17th and 18th centuries. Amongst the finest holdings is this pair of lidded jars (1701-1722) made by De Grieksche A (The Greek A) factory. The outstanding delicacy of decoration on this baluster form shows the strong Asian influence on Delft factories. Beginning in the 17th century, Dutch potters incorporated popular Ming Chinese motifs into their designs. Later, the Imari style of Japanese porcelain was admired by the Dutch market with the development of Japanese importations. In these jars, the painter harmoniously blended the Japanese Imari-style using deep blue, red and gold with Chinese motifs.