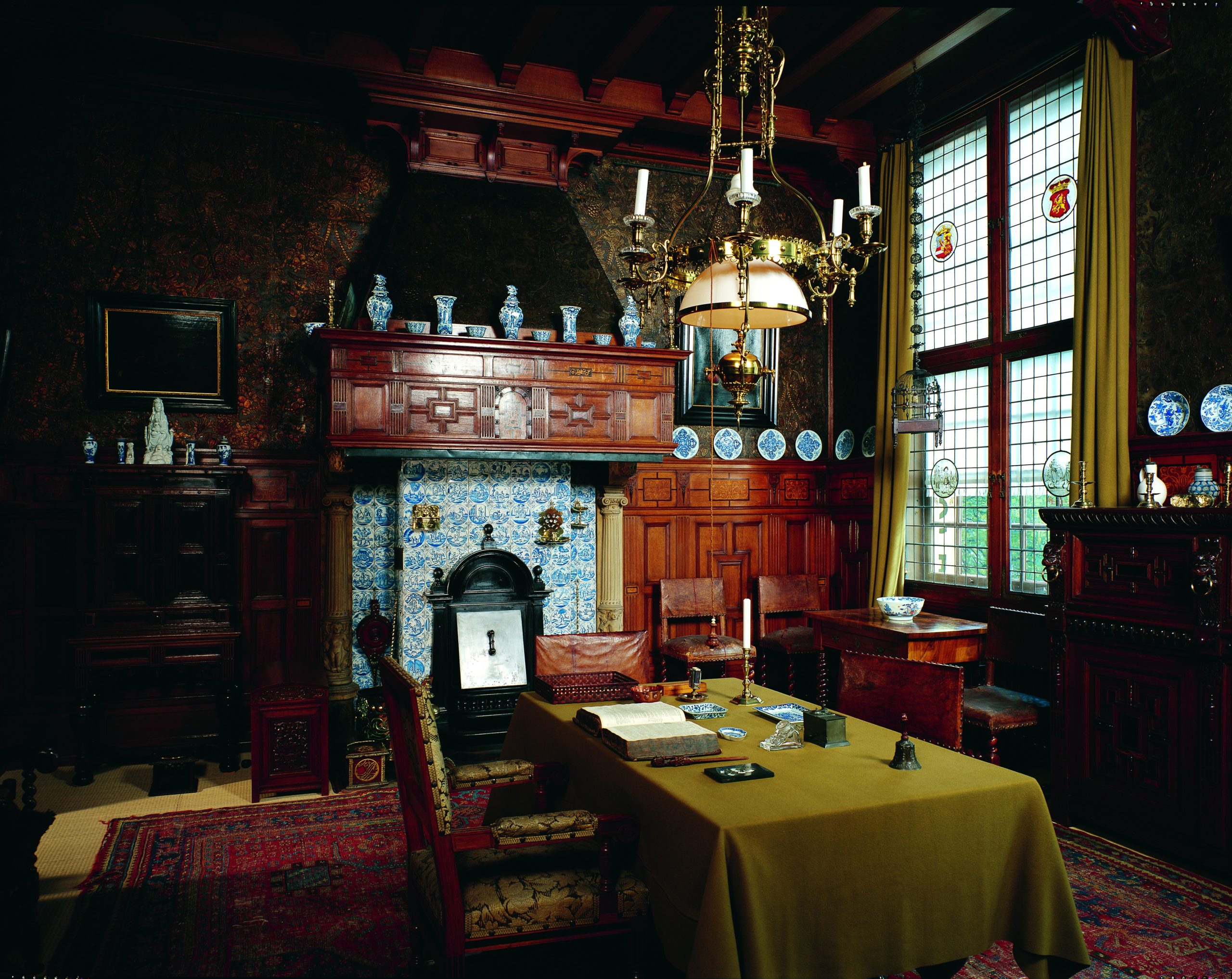 The Van Gijn House is located in the Dutch city of Dordrecht. The original house was first built in 1729 for Johan van Neurenberg, a wealthy regent. Simon van Gijn, a lawyer and banker born in 1836, purchased the house with his wife in 1864. The couple lived in the house until his death in 1922. Van Gijn left the house and most of his collections to the Old Dordrecht Society. His wish was for the collection to be made publicly accessible and for his home to be converted into a museum, maintaining the interior in its original state as much as possible. Since 1925, the house has been open to the public, allowing visitors to experience upper class living during the nineteenth-century. 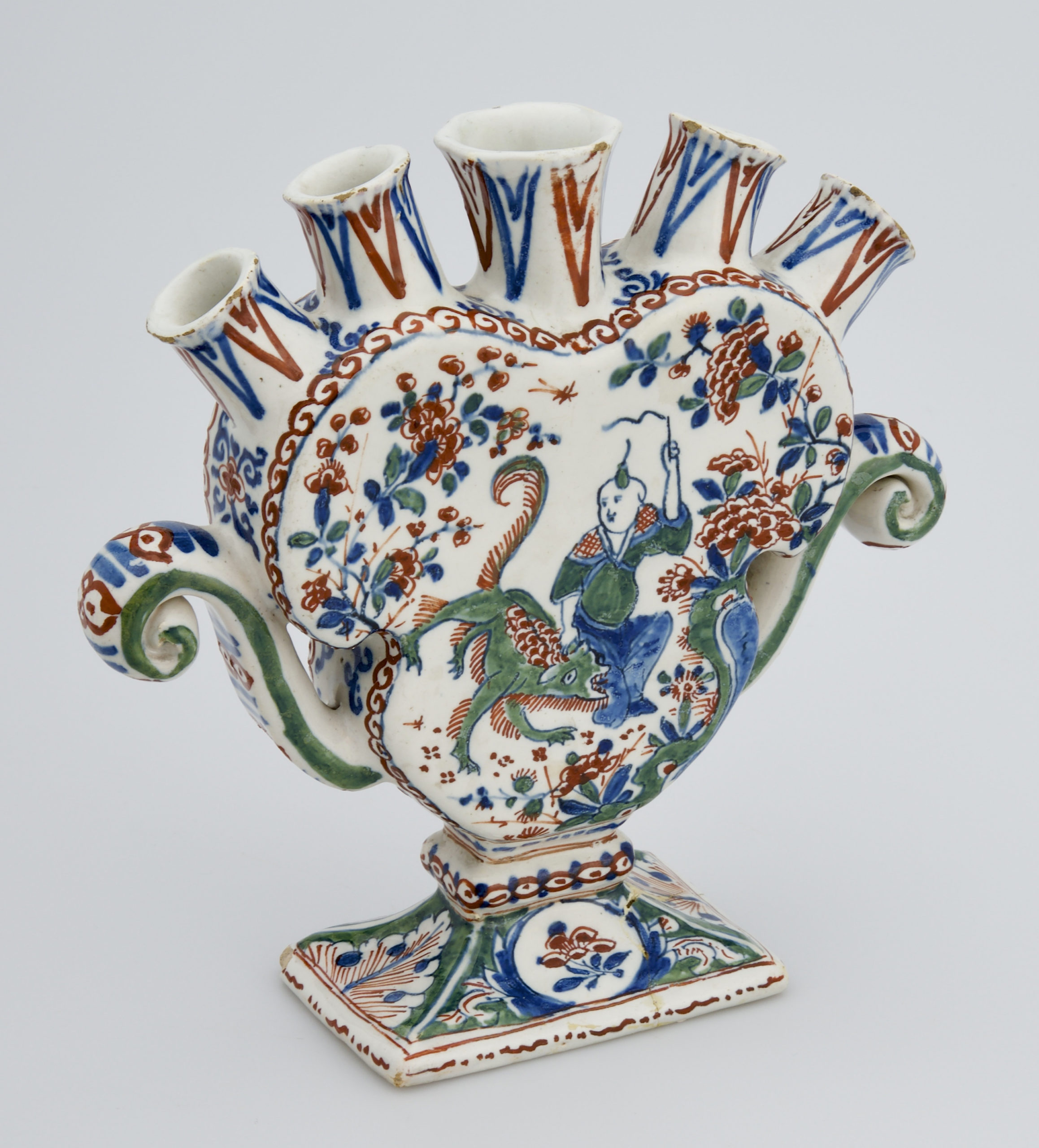 As a typical nineteenth-century collector, Van Gijn had wide-ranging interests, from historical prints, weapons and ships to coins, silver, paintings, glass and ceramics. Van Gijn’s collection was prominently displayed in the house for visitors to admire the collection. Following his death, the collection continued to grow due to donations, bequests and purchases.

Both porcelain and earthenware from all over the world are represented in the ceramics collection. Van Gijn also collected Delftware, such as plates, jugs, vases. Some of the highlights on display are a blue and white herring dish, jugs, dishes and two blue and white five piece garnitures, one marked for De Porceleyne Klaauw (The Porcelain Claw) factory and the other for De Vergulde Blompot (The Gilt Flowerpot) factory. Another remarkable object is this polychrome fan-shaped flower vase. Painted in the cashmere palette, which was highly en vogue around 1710, the vase shows an intriguing scene of a Chinese person and a mythological beast.