Erddig Hall is a stately country house located on the outskirts of Wrexham in Wales. It was built in 1683-1687 by the Cheshire mason Thomas Webb for Joshua Edisbury, High Sheriff of Denbighshire, whose building ambitions bankrupted him in 1709. John Meller, a successful London lawyer, bought up the debts of Joshua Edisbury. Once he had purchased Erddig, he set about furnishing his new house with the very best furniture and fabrics and added two-storey wings, his ‘rooms of parade’ between 1721 and 1724. With no wife or children, Meller looked to his sister’s son, Simon Yorke, to supervise the completion and delivery of his valuable new furnishings for Erddig. Upon Meller’s death in 1733, the house was inherited by Simon Yorke I. Erddig was owned by the Yorke family for 240 years, until the National Trust took ownership in 1973. 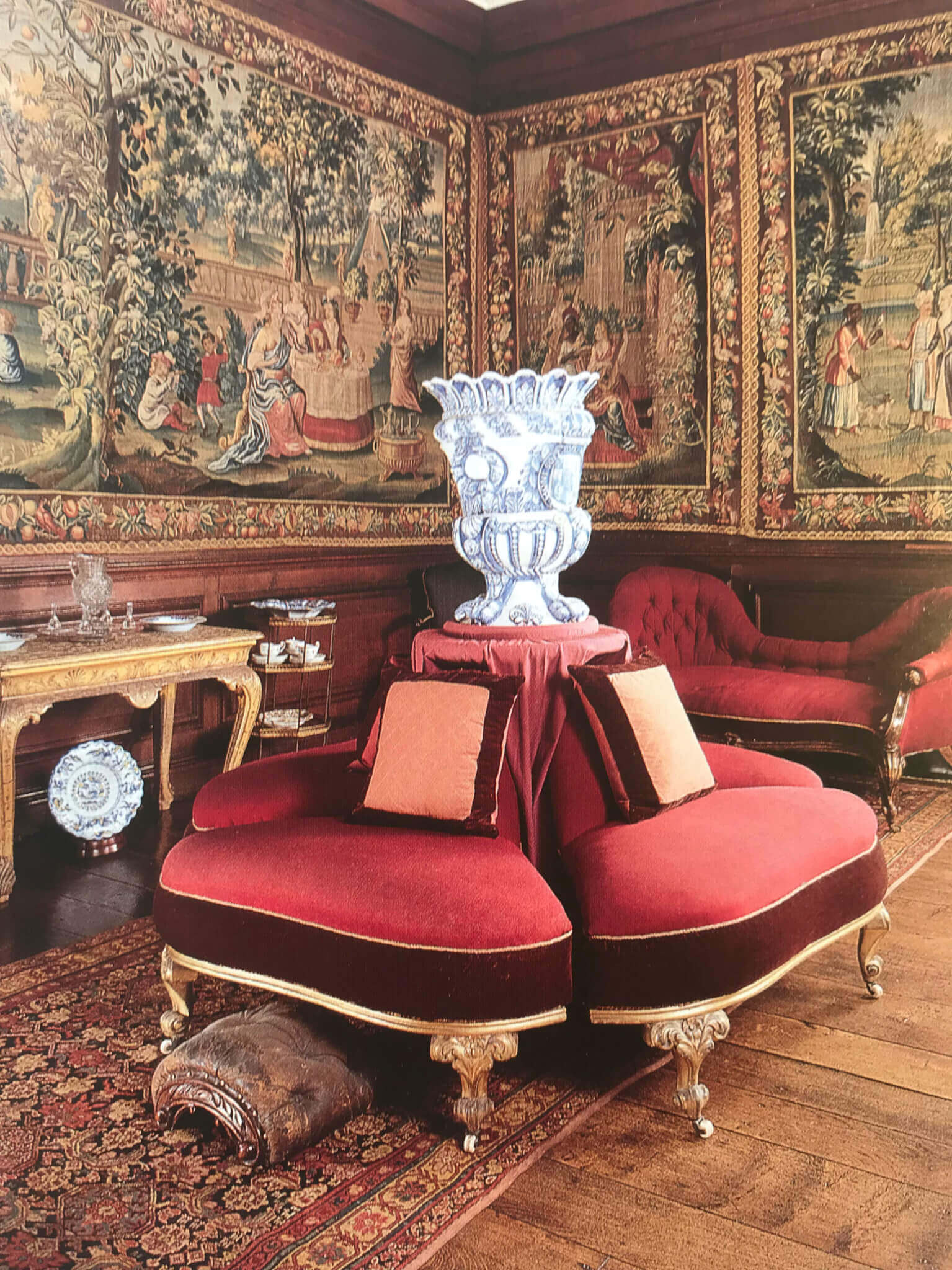 The Neoclassical interiors include fine examples of eighteenth-century Chinese wallpaper and a chapel with late eighteenth-century fittings. With a total of 30,000 objects, Erddig has the second largest collection of objects in the whole of the National Trust. It houses a collection of seventeenth through nineteenth-century paintings and important furniture. Some outstanding examples include gilt pier-glasses, gilt girandoles and a State Bed, all attributed to John Belchier from the 1720s; and dining room furniture by Gillows of Lancaster from 1827. Further, there is a collection of ceramics, such as porcelain from Chelsea and Worcester. The greatest of Erddig’s ceramic treasure is however a splendid seventeenth-century Delftware vase created for one of William and Mary’s palaces by De Grieksche A factory, under the ownership of Adrianus Kocx. The vase bears the royal arms above the Dutch royal motto “Je maintiendray.” Typical of unusually shaped ceramic objects, this garden urn was copied from an example made in precious metal. For most of the previous century, the vase has been housed in the Saloon, prominently displayed on a pedestal in the center of the room.