In the city of Wieliczka in Poland, near its former capital Cracow, is the Cracow Saltworks Museum and Mine located. Between the 11th and the 12th century, Wieliczka was the largest salt processing centre in Małopolsk. At the end of the 13th century, the enterprise Cracow Saltworks was developed, comprising salt mines in Wieliczka, which operated in this organizational form for almost 500 years as one of the largest enterprises in Europe. The castle in Wieliczka was the historical seat of the mine’s management board between the 13th century and 1945. It regulated the life of the saltworks employees: it housed a court, a prison, a saltworks kitchen and a chapel. Renovated at the effort of the Cracow Saltworks Museum Wieliczka, it opened its doors to visitors in 1985.

The Cracow Saltworks Museum has been collecting saltcellars since 1973. Currently, the collection has approximately 800 objects, spanning the period from the 17th century to the modern times. There are saltcellars made of porcelain, silver, tin, glass, wood, faience, as well as more uncommon materials, such as bone, quartz and mother-of-pearl. The greatly diversified collection encompasses individual saltcellars, pairs of saltcellars, saltcellars forming sets for spices, as well as items from dinner sets.

The museum’s elaborate collection comprises also Delftware saltcellars. For example, a pair of blue and white heart-shaped saltcellars from circa 1685. This early pair of saltcellars has a particular unusual shape with a beautiful chinoiserie decoration of a bird perched on a leafy branch. Delft salt cellars with blue and white chinoiserie patterns from the late seventeenth century can be found in various shapes, largely based on silver prototypes. 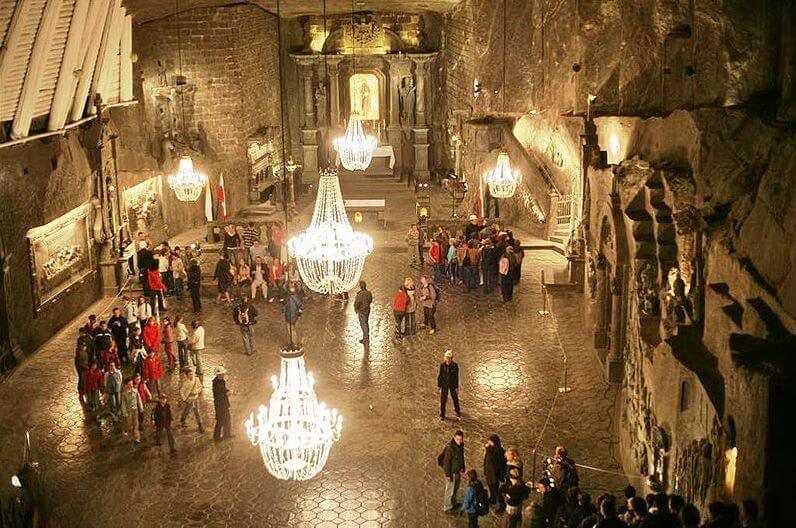