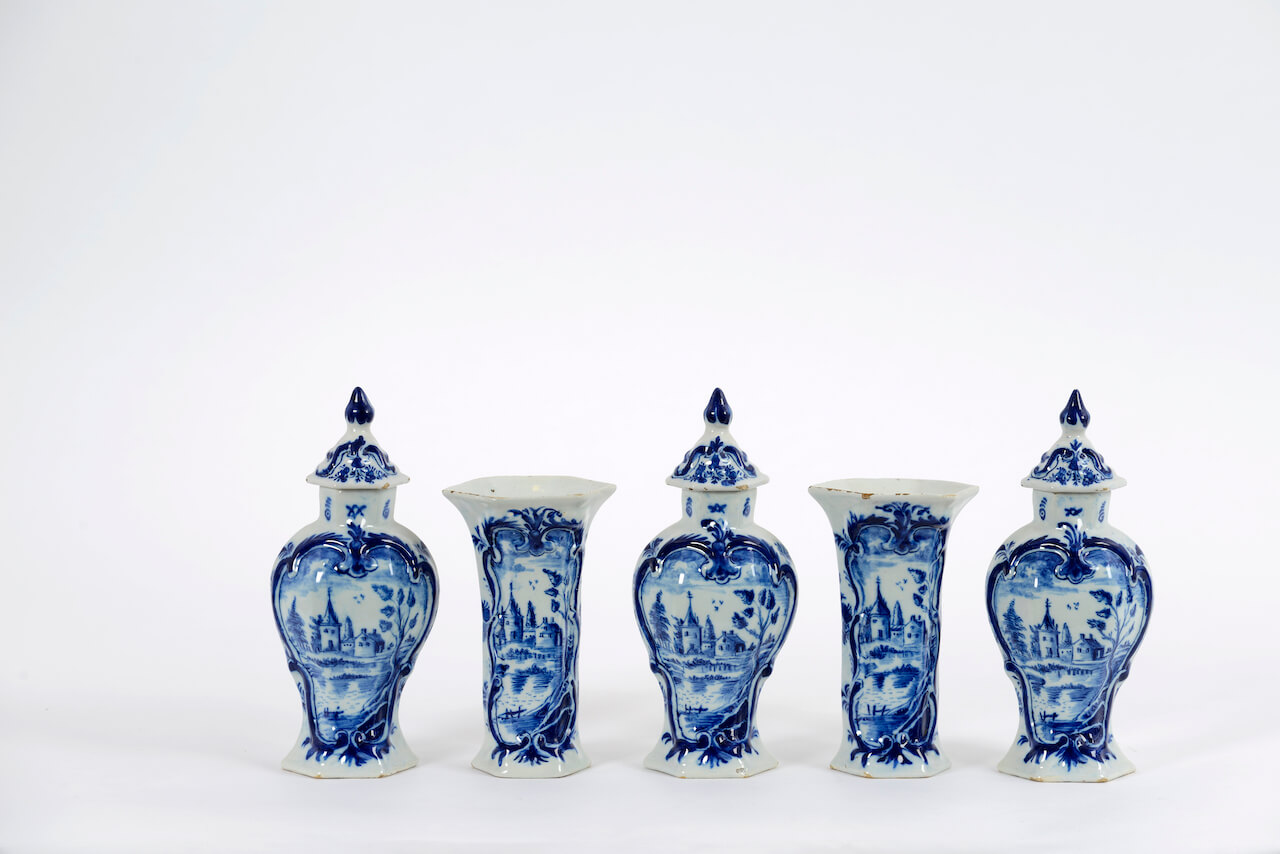 De Porceleyne Fles (The Porcelain Bottle) factory was founded on the West side of the Oosteinde in the city of Delft around 1653. Of the more than thirty factories that once existed in Delft, this is the only one still operating today. De Porceleyne Fles is currently housed on the Rotterdamseweg.

The factory was bought by David van de Piet(h) for his youngest son Jan, as recorded in a notarial deed of 1655. On July 21, 1653, Jan registered as a master potter at the guild of St. Luke. In 1665, the factory was sold by David to Wouter van Eenhoorn and Quirijn Aldersz. Kleijnoven who formed a partnership. At the time of purchase, the factory was in disarray and under renovation. Apparently Van Eenhoorn did not have sufficient knowledge of the manufacture of Delftware and therefore Kleijnoven had to teach him. Kleijnoven lived on the farm for free in exchange for work carried out at night, such as turning the kiln. He was also responsible for receiving merchants and selling the wares together with his wife. After eight years, the partnership ended and the factory was owned by the Kleijnoven couple until Quirijn’s death in 1697.1

In 1697, the widow Kleijnoven sold the factory to Johan Knotter, who quickly registered as a shop owner of De Porceleyne Fles in the master books of the Guild of St. Luke.2 Following the guild’s rules, however, he had to secure an employee with a master’s title. Therefore, he began a contract with master servant Johan Verburg, which did not work out favorably. Verburg broke his contract and was often absent from the factory, resulting in disastrous consequences. In the absence of expert help, the application of paint was carelessly handled, and the fired goods were green instead of blue. Knotter owned the Porceleyne Fles for only four years, when he sold the factory in 1701 to Marcelis de Vlucht who would remain the owner until 1751. During Knotter’s ownership, the mark was composed of a bottle, next to the initials IK.3

In 1751, the Van Dooren family purchased the factory and owned it for the next twenty years. The father, Christoffel was the owner until his death in 1762 and was succeeded by his son Pieter and his wife Magteld Bluset. The estate inventory drawn up after his death provides details of the house and the factory. The inventory even documents the contents of a china cabinet, which contained Delft and Japanese enameled dishes. In the great room, there were twelve paintings, a sofa, twelve chairs, one mirror, tea trays, lacquered baskets, a clock and more Japanese porcelain, namely two shaving basins. Delft was also represented in the large room, but also in the (back) kitchen, from plates, spittoons, tobacco boxes to cows, figurines, butter flakes and even a checkerboard made of Delft earthenware. Although many extraordinary and varied Delftware objects were found in the house, the factory mainly contained utilitarian objects for tea and coffee.4

In May 1771, De Porceleyne Fles factory changed hands again. Master potter Jacobus Harlees purchased the factory and would own and manage it until his death in 1786. This blue and white small garniture from circa 1775 is marked for Jacobus Harlees. It comprises three baluster-form vases and a pair a beaker vases. The vases are painted in a molded rococo cartouche with a landscape scene of a tower and building in a grassy landscape with trees and a fence in the foreground.

After the death of Jacobus in 1786, his son Dirck inherited the factory. In 1795 Dirck completed his ‘meesterproef’ (master’s test) to the Guild of St. Luke, which consisted of three objects: a syrup jar, salt cellar and a dish (Prinsenhof Delft inv. no. PDA 48, PDA 49 and PDA 50).5

In 1804, Dirck Harlees sold the factory to Leiden-born Henricus Arnoldus Piccardt. For the next two years, Dirck instructed Piccardt on the earthenware trade. At first Piccardt struggled to sustain his business, however he eventually succeeded. Using new techniques, Piccardt formulated a harder type of earthenware, which he used to attract new customers. His recipe was a stronger and cheaper type of ceramic than Delftware, and was in fact an imitation of English creamware. The spread of creamware was a threat to the Delftware industry and was one of the main causes of its decline.6 Piccardt also experimented with the technique of transfer printing, instead of hand painting objects. His daughter Geertruida further transformed the company by making other types of ceramic products, such as refractory bricks, after she acquired the factory in 1849.7

In 1876, Joost Thooft bought the factory with the aim to revive the production of Delftware. Together people like Loen Senf and Abel Labouchere they modernizeed operations and created and internationally known brand. 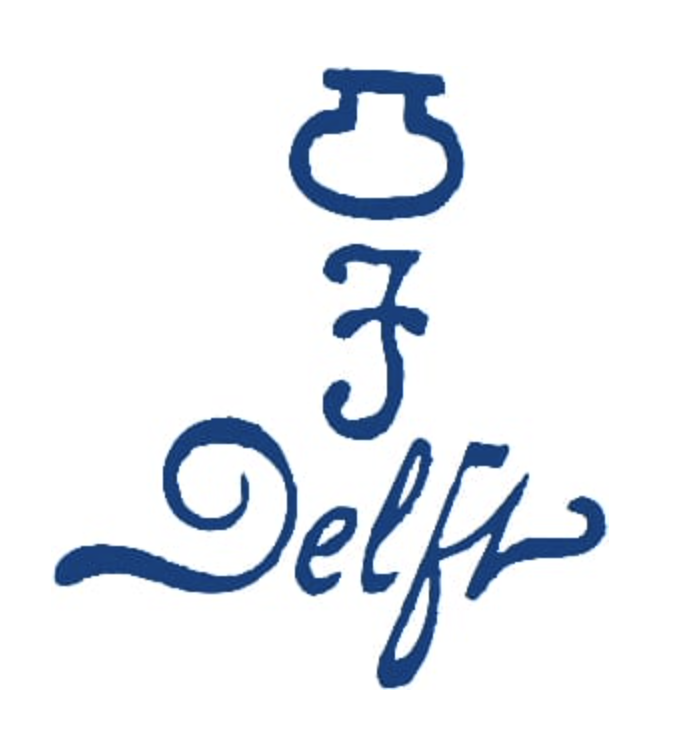 Around 1910, all production of the traditional tin-glazed earthenware was discontinued due to manufacturing difficulties. In contrast to the tin-glazed earthenware that was produced in Delft for centuries, it was now possible to apply the decoration immediately after the first firing, thanks to a new process of a white hard shard. The white shard made the layer of tin glaze unnecessary. After the decoration was applied, the object was now covered with a layer of lead glaze that was similar in composition to the traditional transparent ‘kwaart’ layer. De Porceleyne Fles factory has produced its objects with this technique from 1910 to the present day.8

In 1919 the company received the royal predicate, and although the official name has not changed, the factory nowadays presents itself as Royal Delft. To this day, the company maintains a close relation with the Royal Family and the King was seen presenting the 2017 Christmas speech with several Royal Blue objects in the background.