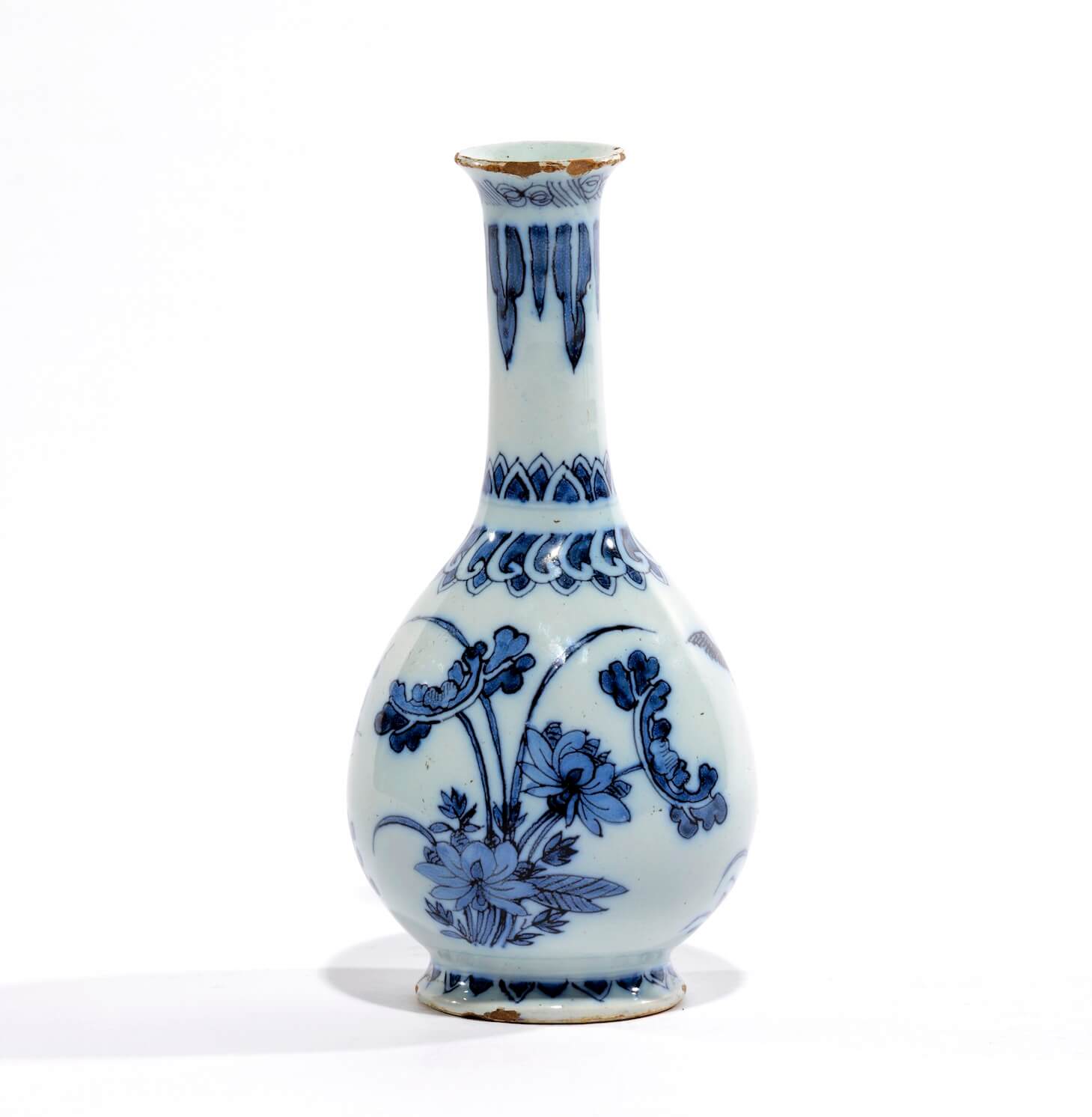 Every month we present a special object from the Aronson Antiquairs’ collection. This month we would like to show you this blue and white bottle vase, which is delicately painted with a bird in flight between a stand of lotus and a flowering prunus branch. Being marked SVE 2/ in blue for Samuel van Eenhoorn, this bottle vase was made between 1678 and 1685 in one of the most prestigious factories: De Grieksche A (The Greek A).

He and his father Wouter van Eenhoorn specialized in creating delicate blue and white faience in the style of the porcelain made in China during the Kangxi period (1662-1722) and the transitional style (1620-1644). The work of Samuel van Eenhoorn indisputably reveals a particularly distinguishable aesthetics. Under his ownership, the factory created objects inspired from the Chinese motifs belonging to the Kangxi period combined with decorative elements borrowed from the far east. The painted motifs seem to have been delicately placed on the glaze, which shades subtly vary from light blue to grey-green and white. In the most remarkable objects, the clothing and facial expressions are highlighted by a blue, black or violet outline known as ‘trek’. This bottle vase perfectly exemplifies the stylistic characteristics of the master. Every element is enhanced by a meticulously painted outline.

The teardrop-shaped body painted with a bird in flight between a stand of lotus and a flowering prunus branch below a scroll-and-petal border around the shoulder, the base of the tapering cylindrical neck and the slightly flaring foot rim with a petal-tip border, and the upper half of the neck with a stiff-leaf border below a dash-and-whorl band on the underside of the flaring rim.