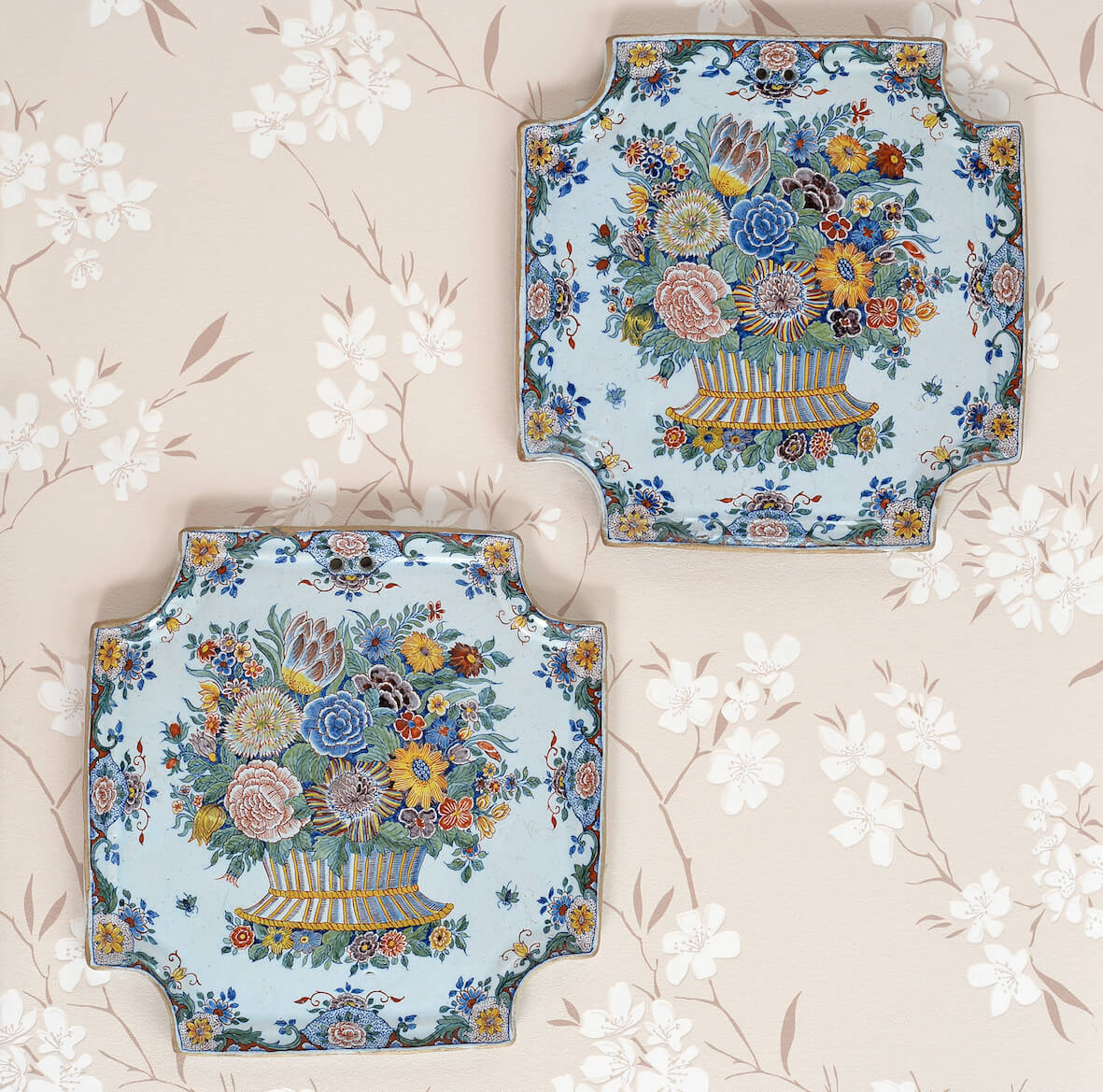 During the Dutch Golden Age, the craze for tulips was so high that their price exceeded the value of a canal house in Amsterdam. Several other tales illustrate the tulip phenomenon, although the line between fact and fiction is often blurred. In one exaggerated account from the 1630s, a sailor was imprisoned for eating a tulip bulb, which he thought was an onion. The cost of the sailor’s gluttony was equivalent to the cost of feeding an entire crew for twelve months.[1] Many believed the tulip demand would never subside, and that the wealthy would continue to purchase tulips at any price in Holland. However, the market drastically collapsed in 1637 effectively becoming the first speculative bubble. 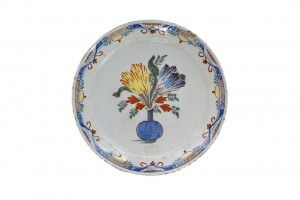 While the tulip was originally cultivated in Turkey, the flower was first introduced to Europe by Ogier de Busbecq, the ambassador of Ferdinand I, Holy Roman Emperor. In 1554, Ogier de Busbecq received bulbs, or seeds from the Sultan of Turkey, which he brought to Vienna. He then helped his friend and botanist Carolus Clusius to become the prefect (director) of the imperial medical garden and arranged for exotic bulbs to be sent from the court at Constantinople to the gardens in Vienna.[2] At the end of the sixteenth century, Clusius established the hortus academicus at the University of Leiden. He planted his collection of tulip bulbs and discovered that they could withstand the climate conditions of the Low Countries.[3] His cultivation of tulips laid the foundation of the Dutch tulip industry.

The tulip quickly became a status symbol in Europe because of its exoticism, and a profusion of varieties followed the original cultivation. Multicolor tulips whose petals were streaked with intricate, flame-like lines were especially highly sought-after. It was only discovered in the late nineteenth century that this unique effect was actually caused by an infection of the tulip, called a “tulip breaking virus,” which produced two or more colors in the petals.[4]

Tulips bloom in the Netherlands for about one week in either April or May. During their dormant phase from June to September, they can be uprooted and moved about. Although actual purchases took place during these months, futures contracts were made for the rest of the year.[5] As the flowers grew in popularity, professional growers paid increasingly higher prices for bulbs with the virus, and prices steadily rose. At the beginning of 1637, some tulip contracts were 20 times higher than three months prior. A particularly rare tulip, Semper Augustus, was priced at around 1,000 guilders in the 1620s. In 1633 a single bulb was worth 5,500 guilders and four years later in 1637, the sum had nearly doubled to 10,000 guilders. To put the above numbers into perspective, according to Mike Dash who wrote Tulipomania: The Story of the World’s Most Coveted Flower and the Extraordinary Passions It Aroused, “It was enough to feed, clothe and house a whole Dutch family for half a lifetime, or sufficient to purchase one of the grandest homes on the most fashionable canal in Amsterdam for cash, complete with a coach house and an 80-ft (25-m) garden – and this at a time when homes in that city were as expensive as property anywhere in the world.”[6] Also, the price of common, “unbroken” bulbs increased in 1636, so that soon any tulip bulb could fetch hundreds of guilders. The tulip bulb became the fourth leading export product of the Netherlands, after gin, herrings and cheese.

It reached its peak during the winter of 1636/1637. Due to the speculation of the futures market where contracts to buy bulbs at the end of the season were bought and sold, the prices increased even more. It has been reported that bulbs would change hands ten times in a day, leading many men to make and lose fortunes overnight.[7] The bubble burst when some prudent investors decided to get out and capitalize on the absurd prices. A domino effect ensued, with falling prices and dishonored contracts. The Dutch government intervened by offering to honor contracts at 10% of the face value. However, this only worsened proceedings, as the price began to fall even farther until the bottom completely fell out. It is said that the situation caused widespread panic throughout the Republic and resulted in financial ruin for many.

Because the fluctuation of the tulip market was not caused by massive changes to production costs, or the usefulness of the flower, most people assume that Tulip mania was the result of the irrationality of the financial market. This idea was popularized by Charles Mackay, a mid-nineteenth-century Scottish writer.[8] In Mackay’s Extraordinary popular delusions and the madness of crowds, he claims that investors were ruined by the fall of the prices, which caused the Dutch trade to take a heavy blow.

Mackay’s account of inexplicable mania was unchallenged, and mostly unexamined, until the 1980s.[9] In Peter Garber’s 1989 article on Tulip mania, he blames the general public for the price increases. The outbreak of bubonic plague in Amsterdam may have led to frivolous behavior, while deaths led to unexpected legacies and a sudden shortage of workers and subsequent wage increases. As a result, the increased disposable income and the new assets were invested in speculative projects that were considered lucrative. And because gambling was illegal, contracts were unenforceable. If traders misjudged the market, they could run off without paying. However, on the whole, it is Garber’s opinion that investors acted rationally. He suggests that the trend towards extremely high prices, followed by rapid declines, was typical for the rare bulbs due to their growing cycle.

In his 2007 article, Earl Thompson reckons that the market for tulips was an efficient response to changing financial regulation—in particular, the anticipated government conversion of futures contracts into options contracts.[10] Investors who had bought the right to buy tulips in the future were no longer obliged to buy them. If the market price was not high enough for investors’ liking, they could pay a small fine and cancel the contract. The balance between risk and reward in the tulip market was skewed massively in investors’ favor. The inevitable result was a huge increase in tulip options prices. The price that traders paid for immediate delivery of tulips and the prices that traders would be compelled to pay for future delivery of tulips were not volatile. According to Thompson, Tulip mania was only a contractual artifact, there was no ‘mania’. 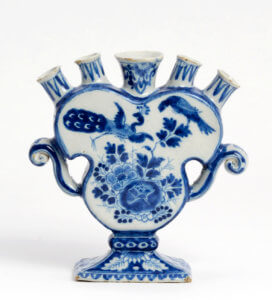 Anne Goldgar also states in her 2007 scholarly analysis, that the phenomenon was limited to “a fairly small group” and that most accounts from the period are based on contemporary pieces of propaganda. Goldgar identified many prominent buyers and sellers in the market, and found fewer than half a dozen who experienced financial troubles during the time period. Of these cases, the source of financial ruin is unclear.[11] Although prices had risen, money had not changed hands between buyers and sellers. Thus profits were never realized for sellers; unless sellers had made other purchases on credit in expectation of the profits, the collapse in prices did not cause anyone to lose money.[12]

Whatever may be fact or fiction, the collapse of the tulip market did not diminish the Dutch appetite for flowers in art. The Dutch flower paintings persisted, and flower and tulip imagery remained a popular theme on Dutch Delftware. Flowers played an important role on plaques, plates and border decoration. A passion for flowers in the garden and the interior is also seen in the famed late seventeenth-century Delft flower vases, the so-called tulip vases or tulipières. However, Delft flower holders have only been called tulip vases since around 1900. The production of these vases is not directly related to the Tulip mania, although the relation between extremely expensive tulip bulbs and precious Delftware vases seemed to be obvious. Since it is a good fifty years after the Tulip mania that the flower holders became popular, the relation between these two phenomena is no longer self-evident; probably they were used for all cut flowers.

[6] M. Dash, Tulipomania: The Story of the World’s Most Coveted Flower & the Extraordinary Passions it Aroused, 2001.