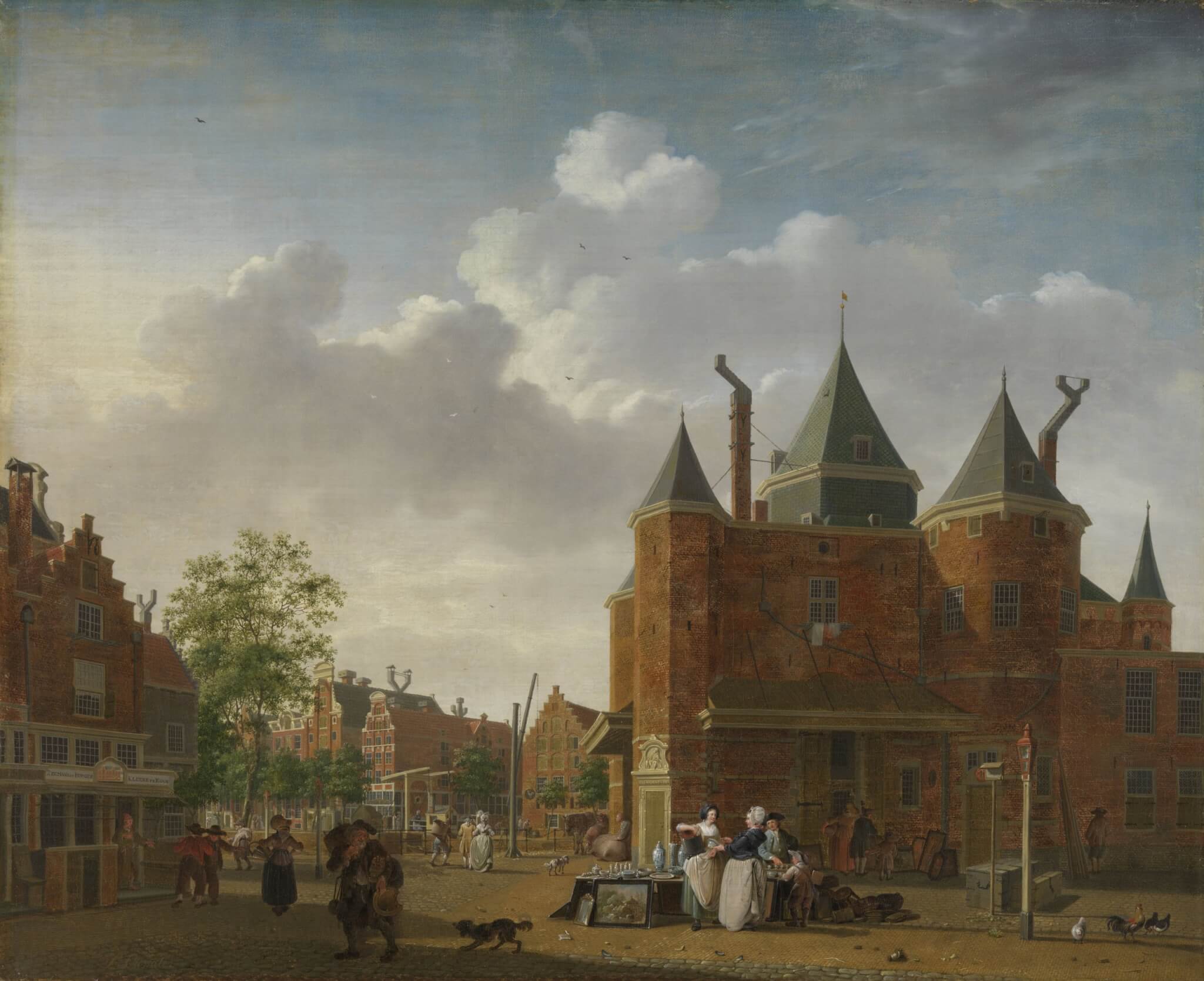 Producing millions of objects per year, the Delftware industry mainly found its market outside of Delft, a small city with only 24,000 inhabitants at the end of the seventeenth century.1 Delft potters were not dependent on passing travelers to distribute their products abroad, and Delftware was sold throughout Europe via domestic and foreign merchants.2 In many cases, orders were probably placed through agents in Amsterdam or The Hague. In 1668, for instance, the Swedish queen Hedvig Eleonora ordered a crate of earthenware in Delft for 299 silver ducats through Johan van Bommert-Silfvercrona, the Swedish envoy in The Hague since 1650 who acted as her agent.3 These agents were given full purchasing power, and it is unlikely that the customer knew in which Delft factory the pieces were made.4

One method of conducting business was through exclusive trade contracts between the Delftware factories and foreign merchants. In 1663, Augustus van Reijgersbergen of In de Vergulde Boot (In the Gilded Boat) factory began an exclusive trade contract with Jean Pousset, an Antwerp merchant, in which all Delftware produced by the factory was reserved for Pousset. The agreement further stipulated that Pousset was not allowed to buy from other Delftware factories, unless Van Reijgersbergen was unable to supply enough.5 Lambertus Cleffius of De Metaale Pot (The Metal Pot) factory and Adrianus Kocx of De Grieksche A (The Greek A) factory also signed exclusive trade contracts with the Parisian merchants Sauvage and Le Grand. The agreement entailed that they would only deliver to these merchants within a 30-mile radius of Paris. The merchants, in turn, were to purchase exclusively from these two factories.6

The Delftware exported both inside and outside the Republic usually embarked from either Amsterdam or Rotterdam.7 Isaac Verhaic, for example, ordered ‘drie cases met Delfs aerdewerk’ (three crates of Delftware) to be shipped from Amsterdam to Boston in 1699. André van der Hagen, an Amsterdam merchant, sent ‘vijf cassen Delfs aerdewerck’ (five crates of Delftware) on the ship De Hoop in 1703 to Stockholm, Sweden, on behalf of the Swedish merchant Willem Kuijlhoff and his partner Pieter Reincke.8 In 1696, two servants of De Porceleyne Lampetkan (The Porceleyne Ewer) factory testified that they had loaded a large batch of Delftware on the ship of Arent Jansen, a skipper who alternately resided in Rotterdam and Hamburg, who would deliver it to the Hamburg merchant Daniel Olthoven.9 Sometimes, factories collaborated with merchants from other ports. For example, in 1721, Johannes van Lockhorst of De Klaauw (The Claw) factory had 17 wooden crates with Delftware shipped to two merchants in Rouen, who would in turn deliver the wares to two buyers in Paris.10

As the above indicates, Delftware was not only shipped throughout Europe, but also to more distant countries, such as New England. Curacao and Surinam were also among the areas of distribution, as becomes clear from one of the debt books of Arie van der Jagt, the owner of De Vier Romeynse Helden (The Four Roman Heroes) factory from 1734 until 1738.11 The Dutch presence in these exotic areas undoubtedly played a major role in this export. Delftware even reached China and Japan, where the Chinese and Japanese potters made porcelain versions of the objects for export to Europe. Despite this extensive outreach, exports to the neighboring countries of the Republic were more predominant and of greater importance for the Delftware industry.12 Some potteries even had a targeted focus on a certain area.13

Only a limited number of countries outside The Republic have been mentioned in the factory debt books: the Southern Netherlands, the German countries, England, France, Denmark, Spain and Poland. It is possible that many customers were not mentioned because the merchants and retailers originated from other countries. Another possibility is that the objects reached the customers through an intermediary in Amsterdam or Rotterdam.14 For example, Fedde Donker, an Amsterdam merchant who was indebted to De Grieksche A for 1328 guilders in 1758, is known to have exported Delftware. However, these exports are not mentioned in the debt books, since for De Grieksche A factory he was the buyer of the objects.15

Germany, a country slowly recovering from the Thirty Years’ War, was a keen customer for Delftware, even at an early date. In fact, two Dutchmen (Daniel Behagel and his brother-in-law, Jacobus van de Walle) founded a factory in Hanau, Germany in 1661. Here, blue and white pieces with Chinese forms were produced after the Delft models.16 German royal houses also commissioned many items, including both functional objects, as well as magnificent decorative vases painted with exuberant and delicate chinoiserie designs. The large decorative vases may have been too large for the Dutch interior, so the great majority were therefore made for export.17

Unsurprisingly, England was one of the largest clients of Delftware, since the two countries shared a sovereign between 1689 and 1702. Royal commissions for the Hampton Court from Queen Mary were followed by those from English nobles. For example, in 1694, William Cavendish made an impressive order for forty pagoda vases for Chatsworth, together with a set of eight urns and a two-handled vase, of which many are marked for Adrianus Kocx.18

France also imported Delftware on a large scale that was comparable to England. One of the earliest importers was the celebrated Claude Révérend. From the early 1660s, he was in contact with De Paauw (The Peacock) factory and made some large purchases in 1665. Further, he was closely observing and studying the methods of faience manufacture, to install a factory in Saint Cloud with his brother’s help. Révérend placed merchandise in bond with van Reijgersbergen, of De Vergulde Boot which was seized when the later went bankrupt. The activity of the Révérend brothers continued until about 1680.

Although few details are known of foreign trade, the above makes clear that Delftware was commissioned and sold throughout Europe and even beyond in the seventeenth and eighteenth centuries.