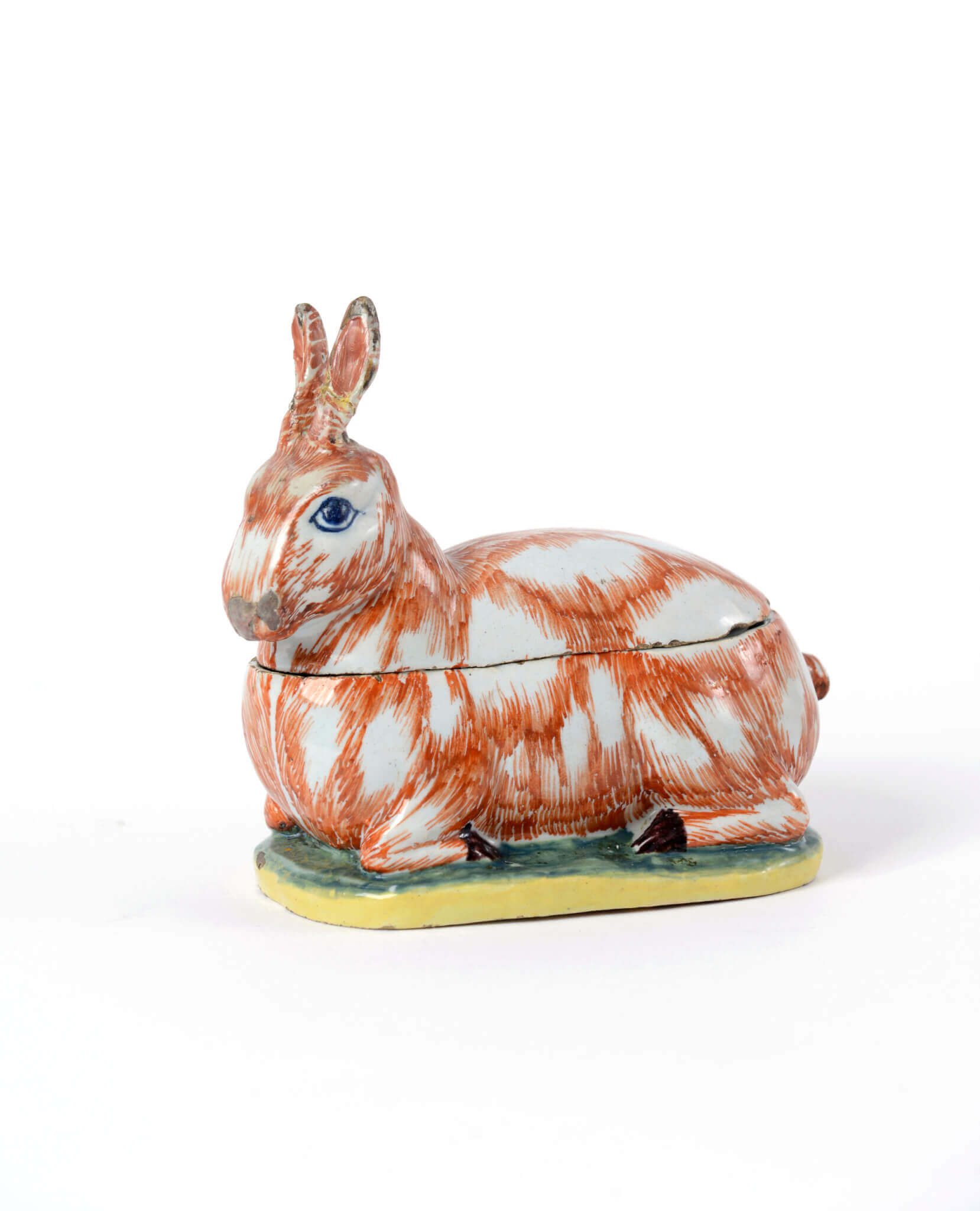 In every newsletter we present a special object from the Aronson Antiquairs’ collection. This month we would like to show this polychrome crouching hare tureen and cover from circa 1765.

Zoomorphic tableware evolved from sugar or wax figures and bird-shaped pastries that decorated the Renaissance table. Especially the savory pie must have functioned as an inspiration for these tureens, which was the showpiece of the dinner table from the late medieval period and the seventeenth-century. Before they were modeled in clay, tureens were initially made in silver. Starting in the mid-1730s, Parisian silversmiths were inspired by game and nature for their most extravagant rocaille silver creations. They were produced in numerous faience and porcelain centers around 1750, including Strasbourg and Sceaux in France; Höchst and Meissen in Germany; Chelsea and Longton Hall in England; and most spectacularly in Chinese export porcelain made predominantly for the Iberian market. In some examples, the tureens modeled as fruits and vegetables, but also animals such as deer, birds and this crouching hare may have been created as more permanent and palatable replacements for real-life examples and represented the trophy of a hunt.

Cover numbered 10 in blue and the tureen incised X

Modeled as a hare, painted with iron-red fur, blue eyes and manganese paws, and modeled lying on a yellow- edged green oval base.