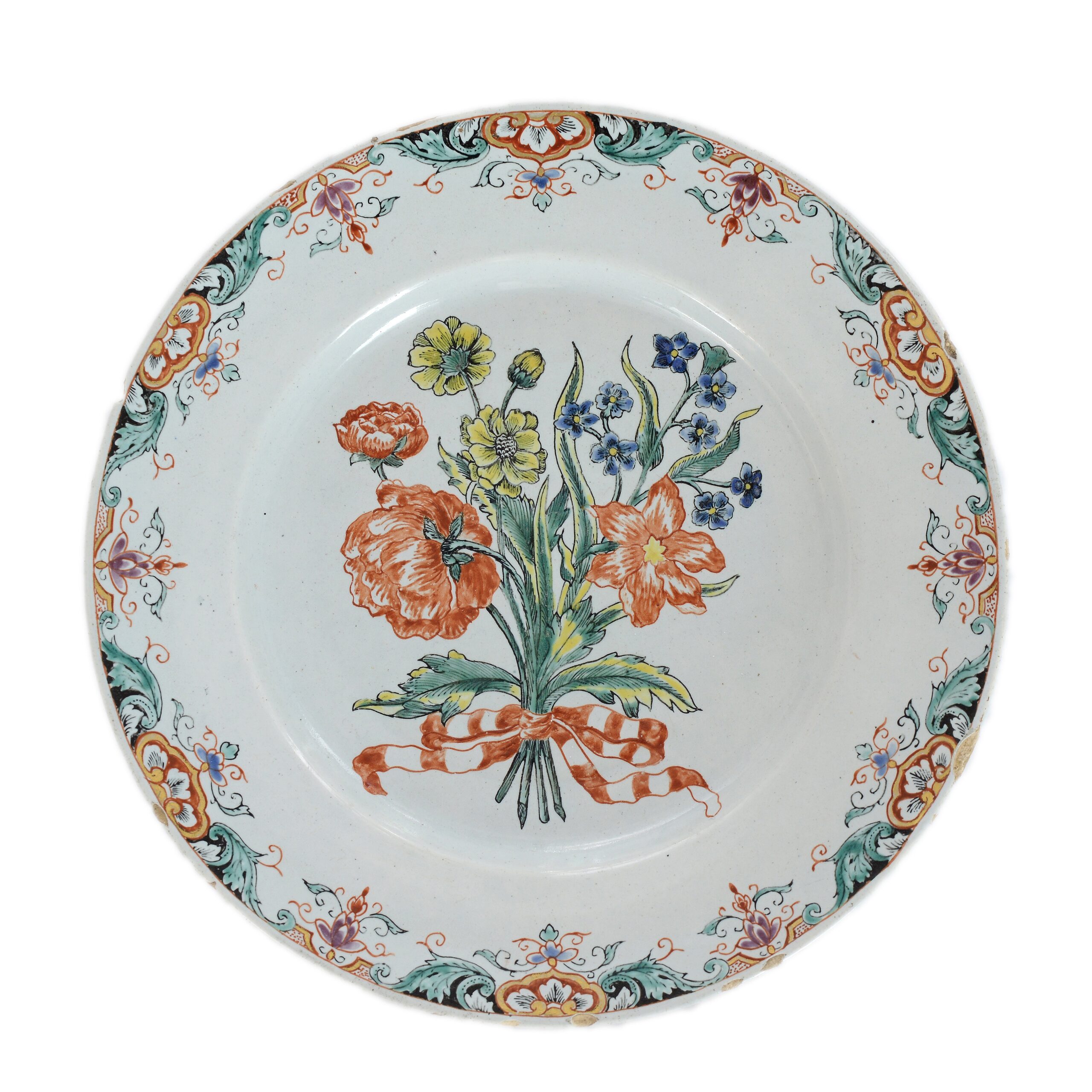 Every month we present a special object from the Aronson Antiquairs’ collection. This month we would like to show this polychrome petit feu and gilded plate.

This delicately painted plate was made around 1730 in the city of Delft. It is executed in the so-called petit feu technique. The petit feu firing was one technique that allowed Delft potters to expand their color palette, first used in the beginning of the eighteenth century. The technique requires three firings, allowing the potter to use colors that could not withstand high temperatures in the kiln during the second firing (grand feu). The gold and enamel paints were applied after the biscuit firing, the tin glazing and the transparent glaze that added extra gloss (with or without grand feu decorations). With the petit feu colors on top of the glaze, the objects were fired again at a lower temperature (about 600 degrees Celsius) in a smaller kiln known as the moffeloven (muffle kiln).

The initial source of inspiration for the petit feu enamel painting came from Asian Kakiemon porcelain. However, Delft potters were also influenced by the European-style decoration on Meissen porcelain and of course the still life tradition of the Dutch old masters. Although polychrome floral plates were part of the output of many Delftware factories in the eighteenth century, the richness of the petit feu colors and the refinement of the paintwork on this plate is rare. No other similar examples have been found to this date. 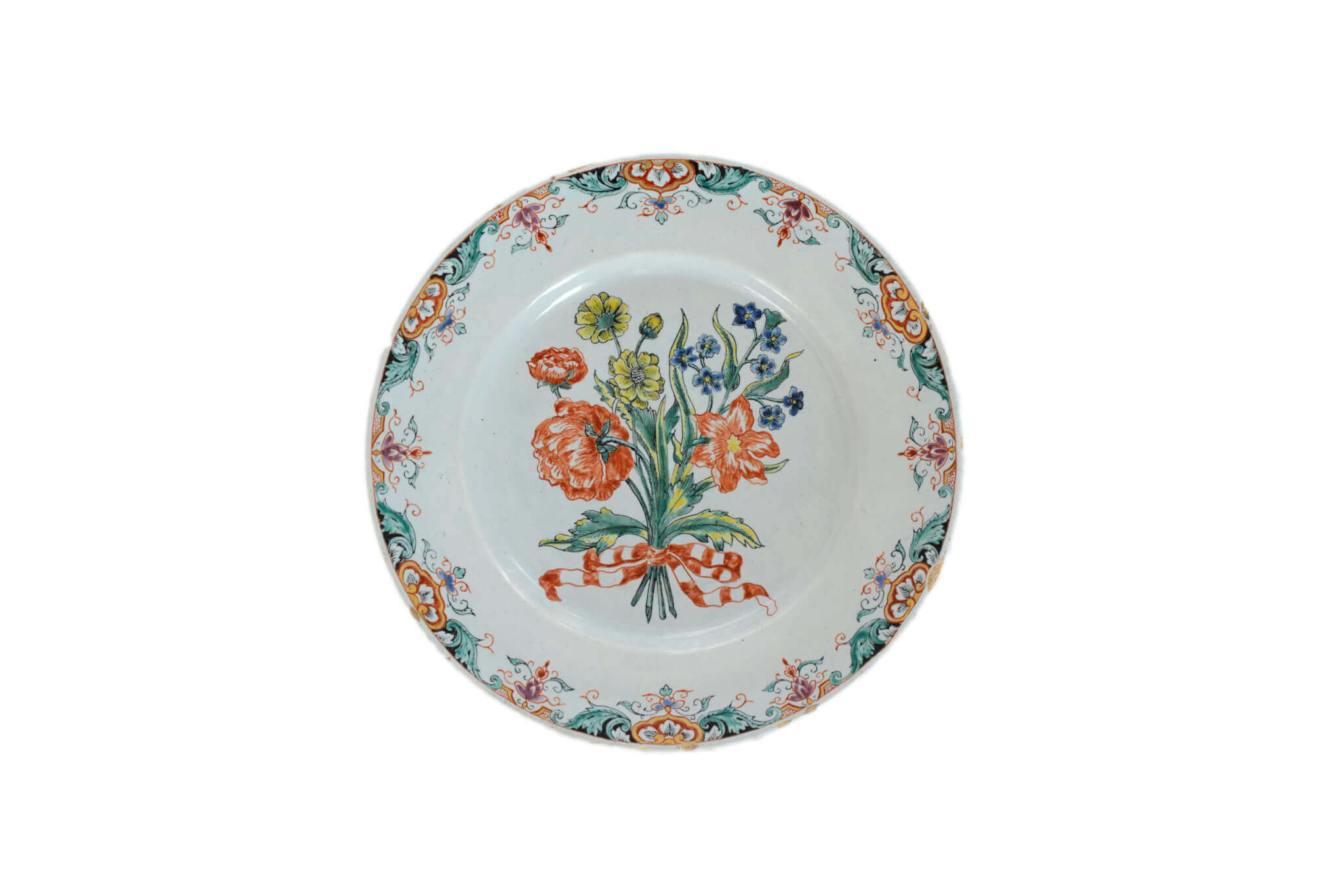 Painted in a palette of iron-red, blue, green, yellow, manganese, black and gold with a bouquet of peonies, an iris and other small blossoms and leaves, all tied with a ribbon, the rim with a border of overlapping petals between leaf-scroll devices, and alternating with floral devices