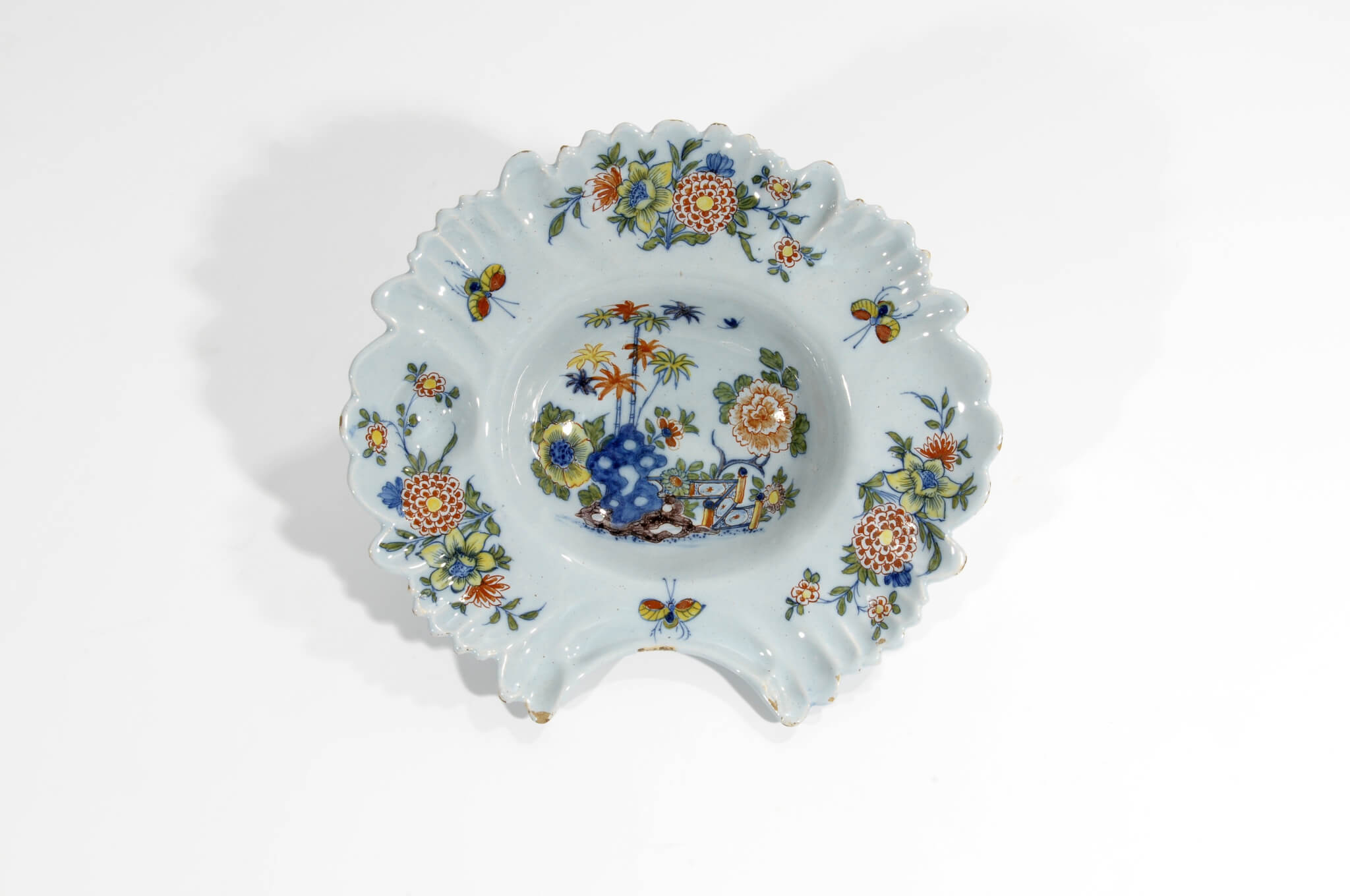 Every month we present a special object from the Aronson Antiquairs’ collection. This month we would like to show you this polychrome fluted barber’s bowl. It was made around 1765 in the city of Delft or Schiedam. Other than often assumed, the round or oval depression at the side of a barber’s bowl was not intended to house a piece of soap but rather a shaving ball. The barber would have asked his customer to put this small wooden ball in his mouth between his cheek and gum while foaming him up and shaving him, in order to get a closer shave. The oval depression on the side of the bowler also made the bowl fit the throat of the customer, which had as result that no soap fell on his clothes. 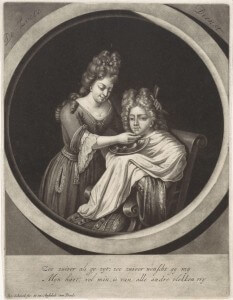 Painted in iron-red, yellow, manganese, green and blue in the center with bamboo, peonies and other flowering plants growing around a pierced rock in a fenced garden within three floral sprays alternating with three winged insects on the irregularly fluted rim, its lower edge with a neck notch, and its left side with an oval depression for the shaving ball, the foot rim pierced with two holes for suspension.