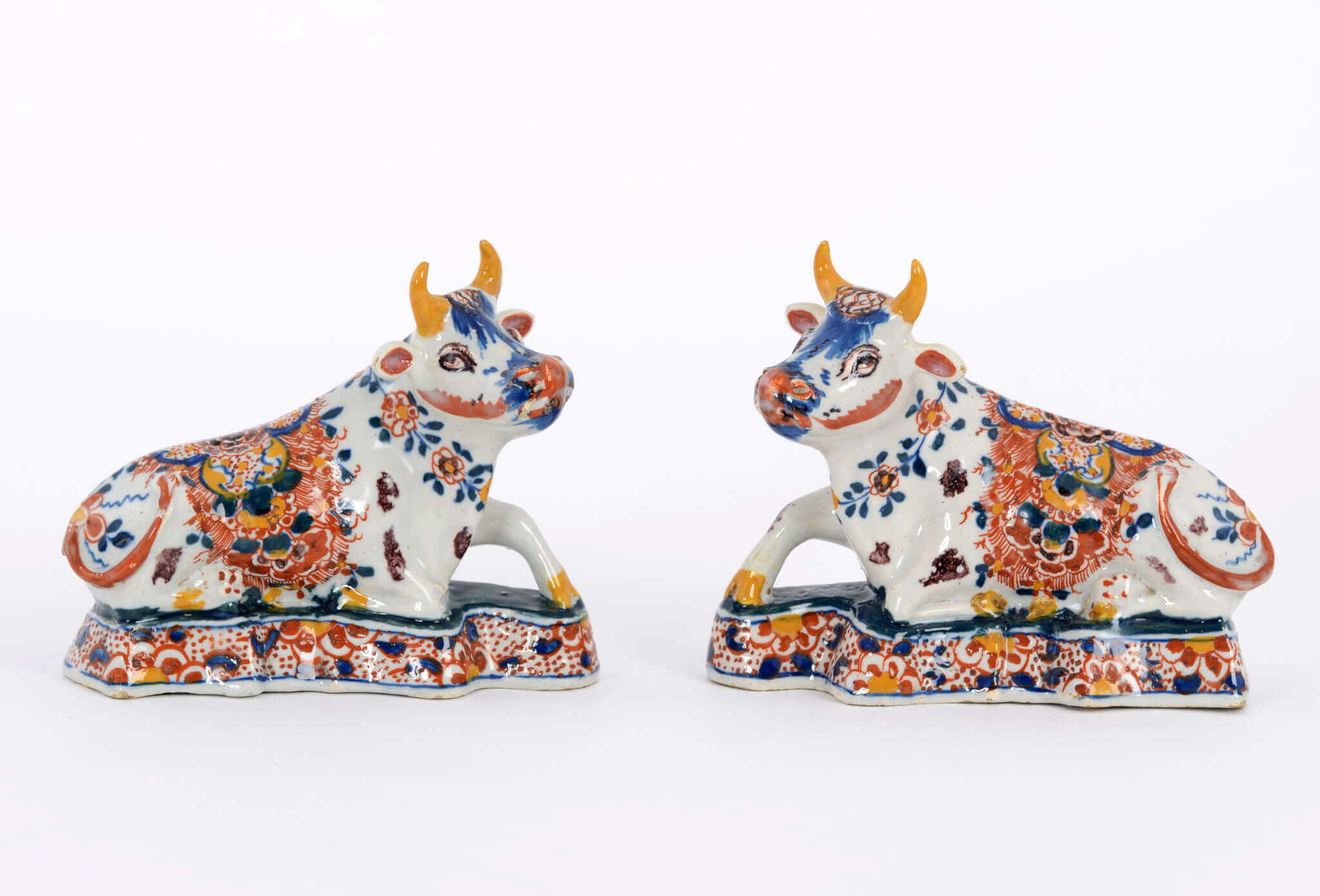 Every month we present a special object from the Aronson Antiquairs’ collection. This month we would like to show this pair of polychrome figures of recumbent cows, made in Delft around 1765.

The Delft potters were inspired by a seventeenth-century tradition. Each year the Butcher’s guild in Holland would hold a parade on the day of its patron saint (St. Luke, symbolized by the apocalyptic winged ox). The parade celebrated the guild’s best-bred bull or cow. The prized beast was decorated with floral garlands and ribbons, and gilded horns that were often topped with oranges. The festive, bannered procession was led by drummers and pipers, followed by a singing and dancing chorus of guild members and townspeople. The animal would later be butchered and the meat served at the guild dinner, a portion of it being donated to the church and the local poor. From this tradition emerged the saying, ‘The guild ox is on parade’, which became synonymous with ‘this is a real feast!’

Pair of Polychrome Figures of Recumbent Cows
Delft, circa 1765

Each cow with a manganese spotted hide and forelock, iron-red tail and lapping tongue, blue delineated features, and yellow hooves and horns, wearing a colorful garland of flowers around its neck and back. Modeled affronté, lying with one foreleg extended on the green grassy top of a high conformingly-shaped base, its sides decorated with floral scrollwork.

Both objects are marked with numeral 3 in iron-red.