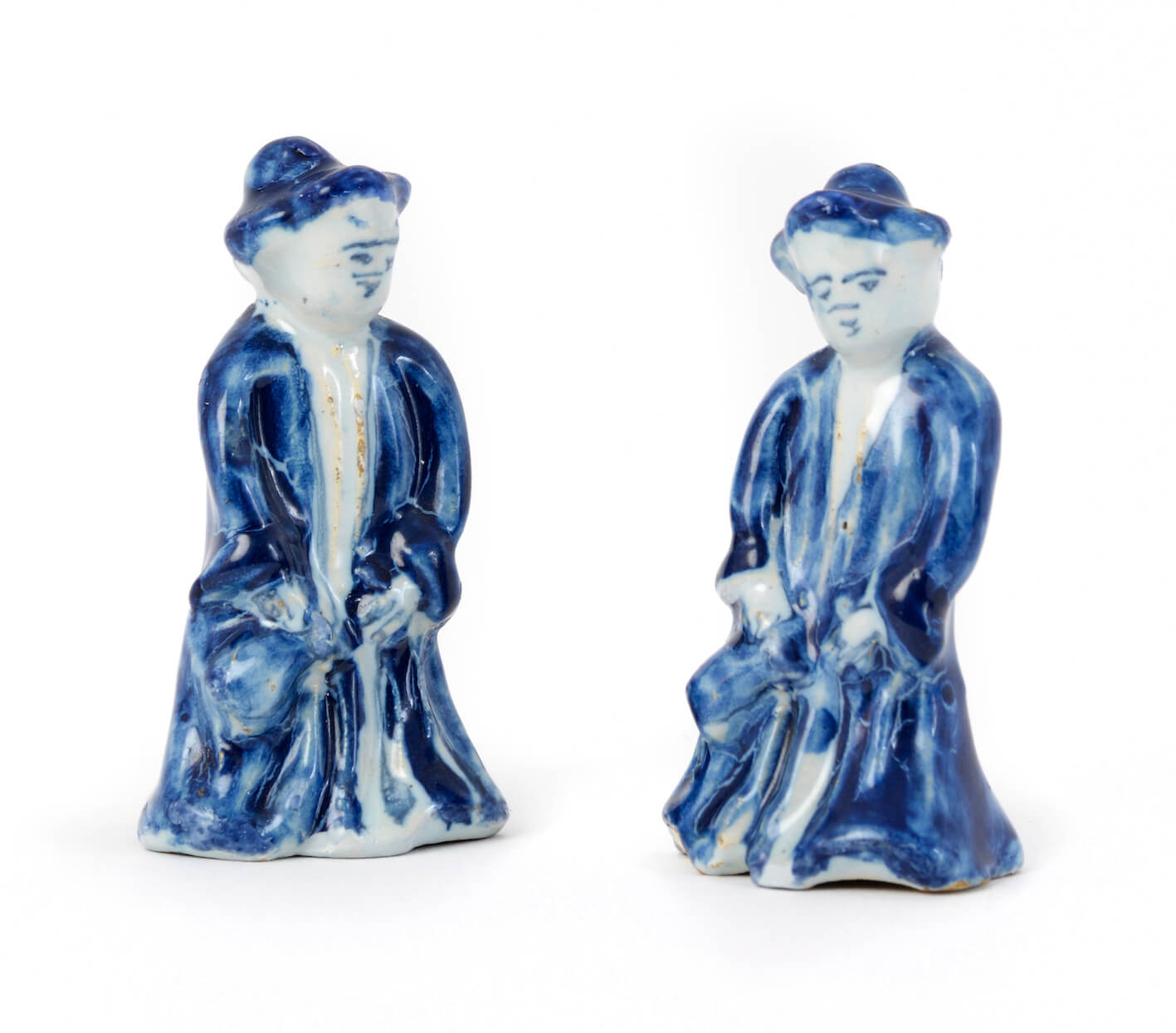 Every month we present a special object from the Aronson Antiquairs’ collection. This month we would like to show you this pair of blue and white miniature figures from circa 1700.

Chinoiserie is a term used to describe Western art, ceramics, furniture, and architecture designed to evoke Chinese motifs and techniques. Two factors had a significant impact on the development of the eighteenth century fashion for chinoiserie in Europe. The first one was the publication of books written by travelers and missionaries, such as the Dutchman Johann Nieuhoff, whose book, An Embassy from the East-India Company of the United Provinces to the Grand Tartar Cham Emperor of China, was one of the most influential. The prints in these books gave the Delft potters a new source of inspiration. The second stimulus in the evolution of chinoiserie design was the developing trade with the Orient and the importation of Chinese porcelain. There was a wide variety of shapes and designs imported to Europe, with popular figures as the goddess Guanyin and the eight immortals. The popularity of these exotic wares prompted Delft potters to adapt Chinese designs into their repertoire.

Because most Delft chinoiserie figures are faithful copies of their Chinese counterparts, the potters likely made molds directly from the originals, rather than modeling the figures anew. However, some of the Delft chinoiserie figures were altered in shape from their Chinese prototypes. Even when the exact shape was emulated, the Delft potters made these figures unique by decorating them with elaborate blue and white or colorful patterns. Not hindered by the Chinese mythological meaning of the figures, of which they were unaware, the Delft artists freely decorated the figures as they pleased.

Pair of Blue and White Miniature Figures
Delft, circa 1700

Both figures modeled standing and wearing a blue robe and holding a bottle in their right hand.