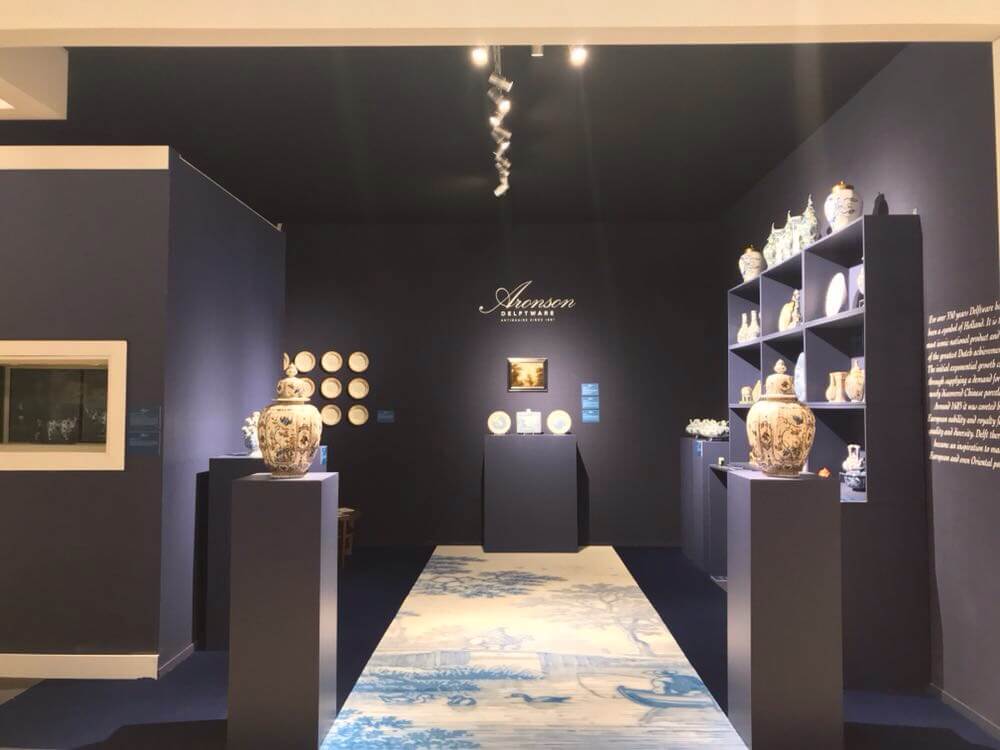 From October 28-November 1, 2017, TEFAF New York Fall will return to the historic Park Avenue Armory in New York City. Ninetythree dealers from thirteen countries are presenting the finest quality art from across the ages. Amongst them, Aronson Antiquairs brought the absolute highlights of the Dutch traders fame.

Here are three objects to not miss: 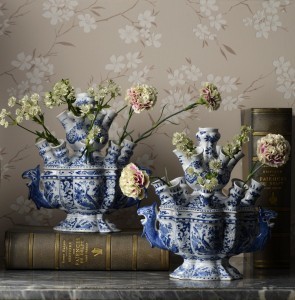 A pair of blue and white bowl and cover flower vases

Flower vases like this pair could have very well been designed for the seventeenth-century royal courts. William and Mary were the greatest patrons of the Delftware industry. They commissioned many beautiful objects from one factory: De Grieksche A factory. Only three other pairs of this model are currently identified, all of which were made by De Grieksche A factory. The Gemeentemuseum in The Hague has long considered their pair as their most prized Delftware possession. The other two pairs are in museum collections in the Czech Republic.

A pair of blue and white fluted oval monteiths

Wine glass coolers or monteiths were filled with cool water or ice, and used for chilling wine bottles and cooling or rinsing wine glasses. At the time, the larger houses and castles had ice-cellars dug deep into the ground, in which temperatures stayed low, and ice, harvested from ponds during the winter and packed in straw, could be stored during the warm summer months. 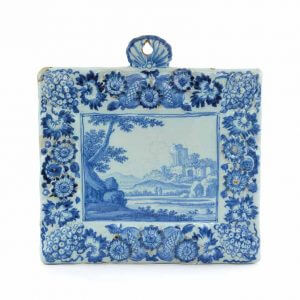 There are about fifty known plaques attributed to Van Frijtom, some of which are signed, but most are not. This plaque is attributed to him based on its rare painting technique that many regard as his ‘signature’. The subject of the composition is also similar to other pieces painted by Van Frijtom, with an architectural ruin atop an overgrown hill, and two insignificant figures walking amongst the grandeur of nature.