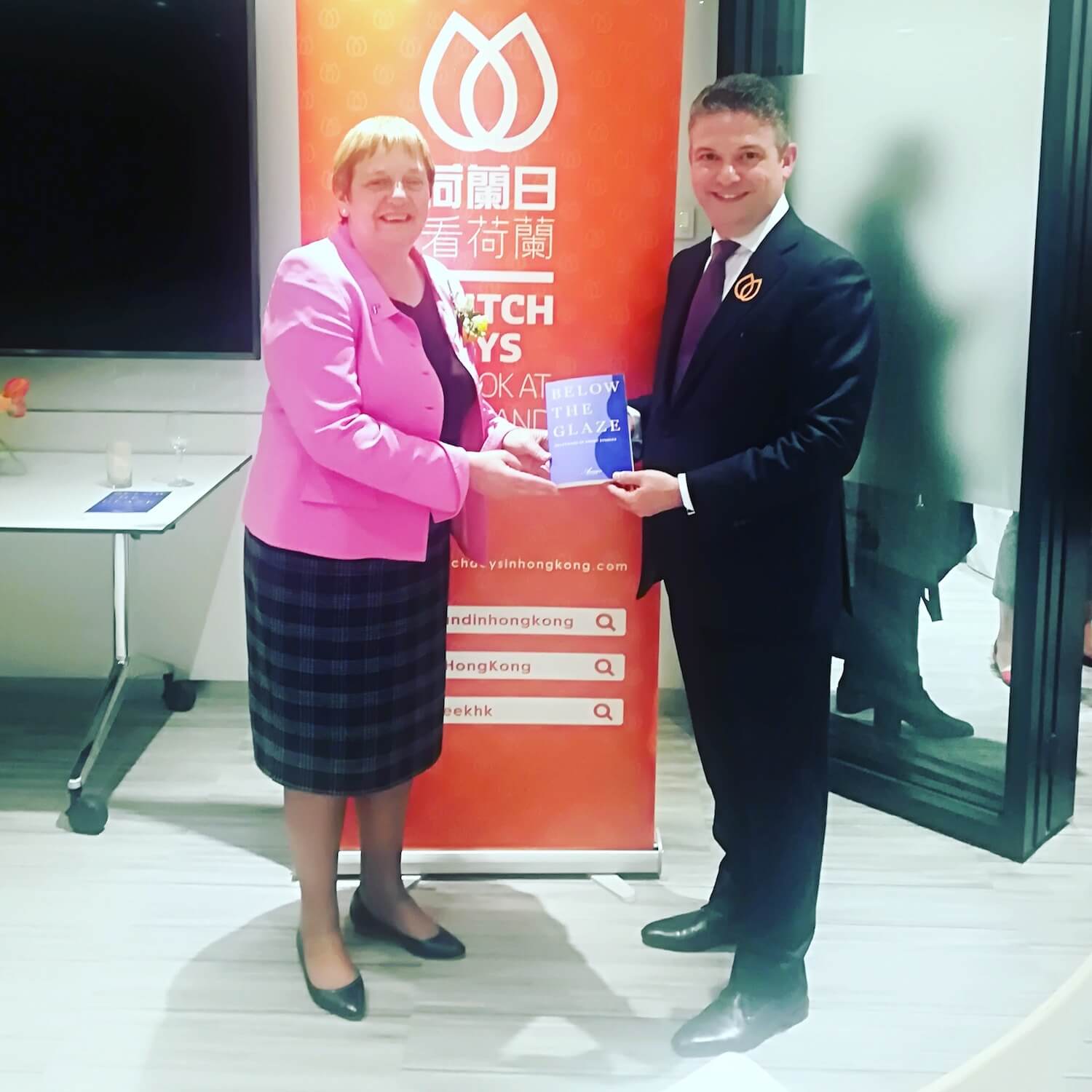 During a short and fruitful trip to Hong Kong in the second week of April Robert Aronson met with several collectors and museum curators. On Monday April 9th he attended a reception with Dutch entrepreneurs at the gorgeous Residence of the Consul General of the Netherlands on the Peak.

Dutch Prime Minister Mark Rutte also attended, addressed the group and told about his visit to Hong Kong and the upcoming economic mission to China. After the address the PM spend about two more hours at the Residence and speaking to everybody individually. Robert also had the chance to have a brief conversation one on one and a longer chat with several representatives of the Cultural sector.

On Tuesday Robert attended the press event for the opening of the Dutch Days, a period of several weeks during which Holland is promoted to locals and visitors from mainland China, at the Consulate General of the Netherlands. At the event Robert gave a short introduction to his lecture later that day and in the evening, after Consul General Ruigrok officially opened the Dutch Days, he gave a over one hour lecture on the history of Delftware and the importance in connection with the VOC and the trade with China. All attendees received a copy of Aronson Antiquairs’s publication  ‘Below the Glaze, Delftware in short stories’ (2017) and Consul General Ruigrok received a signed copy.

The lecture was well received and many attendees stayed for questions, a talk – or a book signing. In the last week of of this event visitors can enjoy a Golden Age inspired menu at the Conrad Hotel, while looking at works by photographer Frank van Driel and images of Delftware from Aronson’s collection.

We would like to thank organiser Candice Lee and her team for all their work and hospitality and we look forward to remaining connected to the Dutch Days in Hong Kong.