An interesting Dutch Delftware collection in the United States of America is in the located in Hartford, Connecticut. The Wadsworth Atheneum Museum of Art was founded by Daniel Wadsworth in 1842 and opened two years later with just seventy-nine paintings and three sculptures. Today the collection exceeds 50,000 works of art, comprising not only European and American Decorative Arts, but also European, American and Contemporary Art. The ceramics collection contains a large number of Dutch Delftware, mostly a bequest from the Richard and Georgette A. Koopman collection. The pieces range from seventeenth-century ewers and dishes to eighteenth-century figures of cows, plaques and flower holders.

Beautiful is this eighteenth-century pair of flower holders, executed in a so-called ‘cashmire’ palette, which exists out of the colors blue, green and iron-red. The vases are formed in the shape of a fan, with two rows of spouts and handles in the shape of birds. Polychrome colored flower holders are in the minority, since the production of polychrome wares set in after the fashion of the flower holders with spouts reached its height. 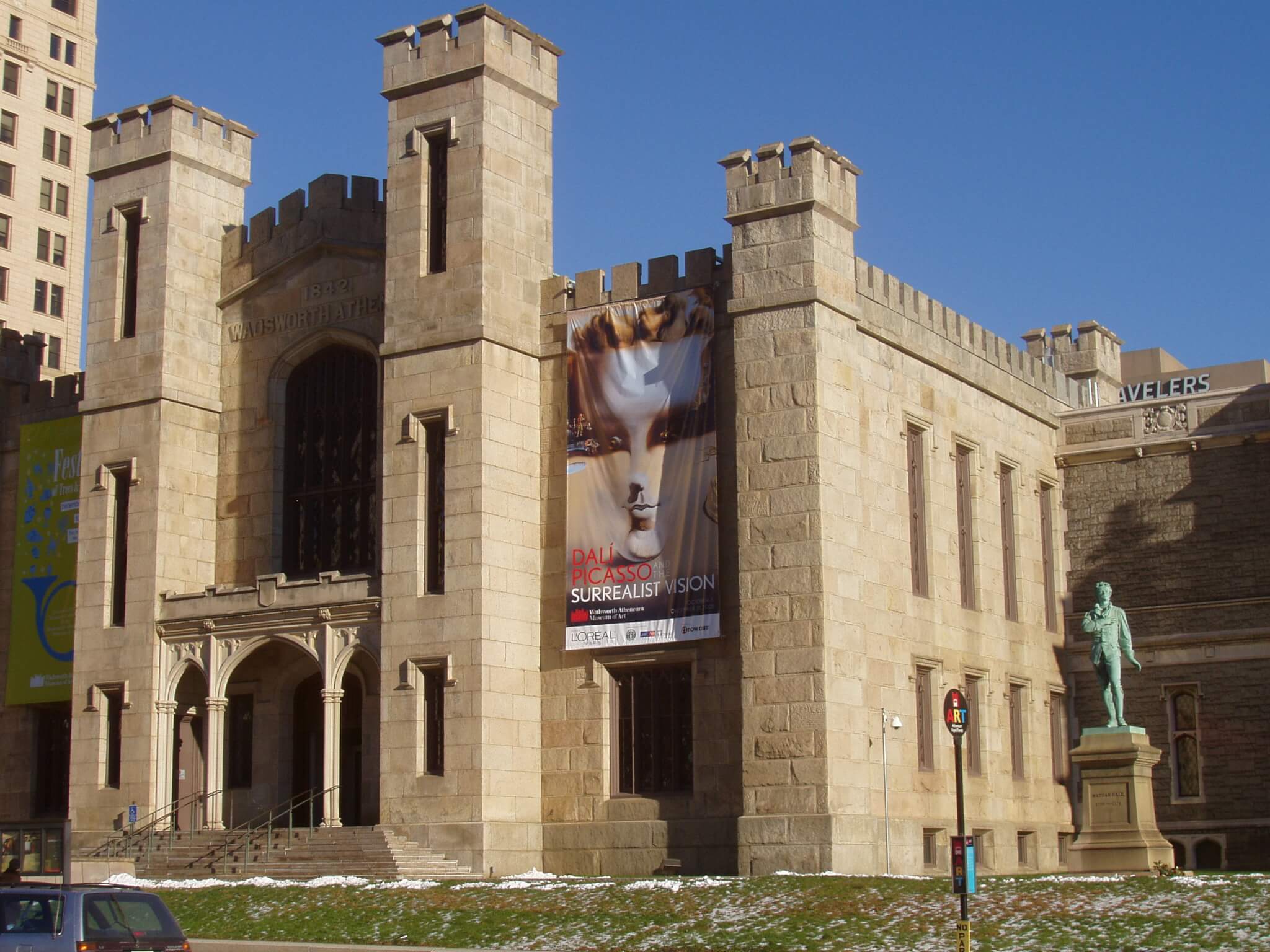