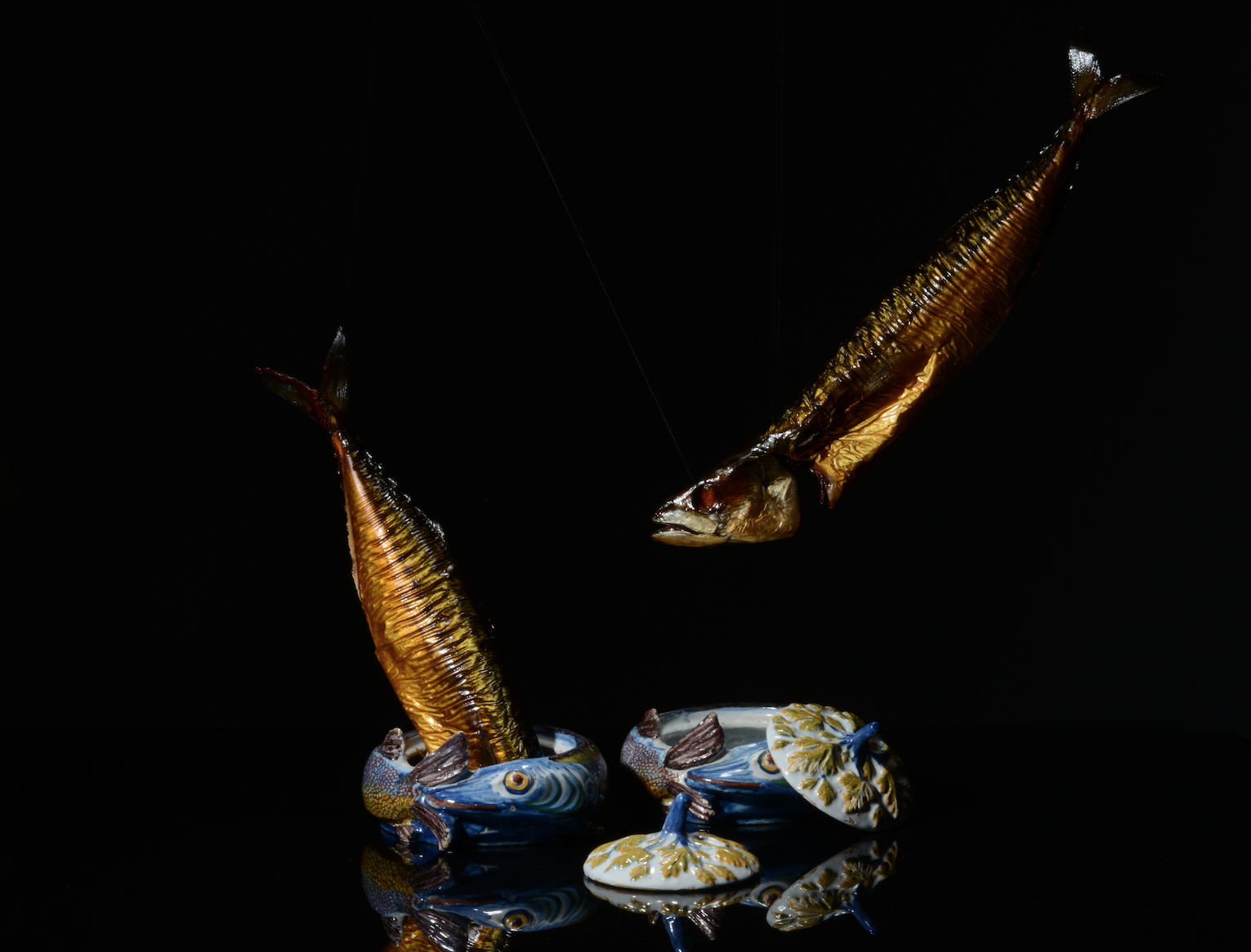 The dinner table, as with all aspects of the decorative arts, is subject to changing fashions. As the structure of meals has evolved over time, the table settings and decoration have followed suit to complement the variations in each tradition.

Beginning in the fifteenth century, a formal meal became increasingly divided into numerous courses. Typically, the meal began with a course of cold foods served from the buffet or sideboard. It was followed by hot dishes from the kitchen, such as roasts, pastries and soup. The meal ended with a course of preserved fruits and sweets, such as marzipan, and biscuits. This course would eventually become the modern notion of dessert. 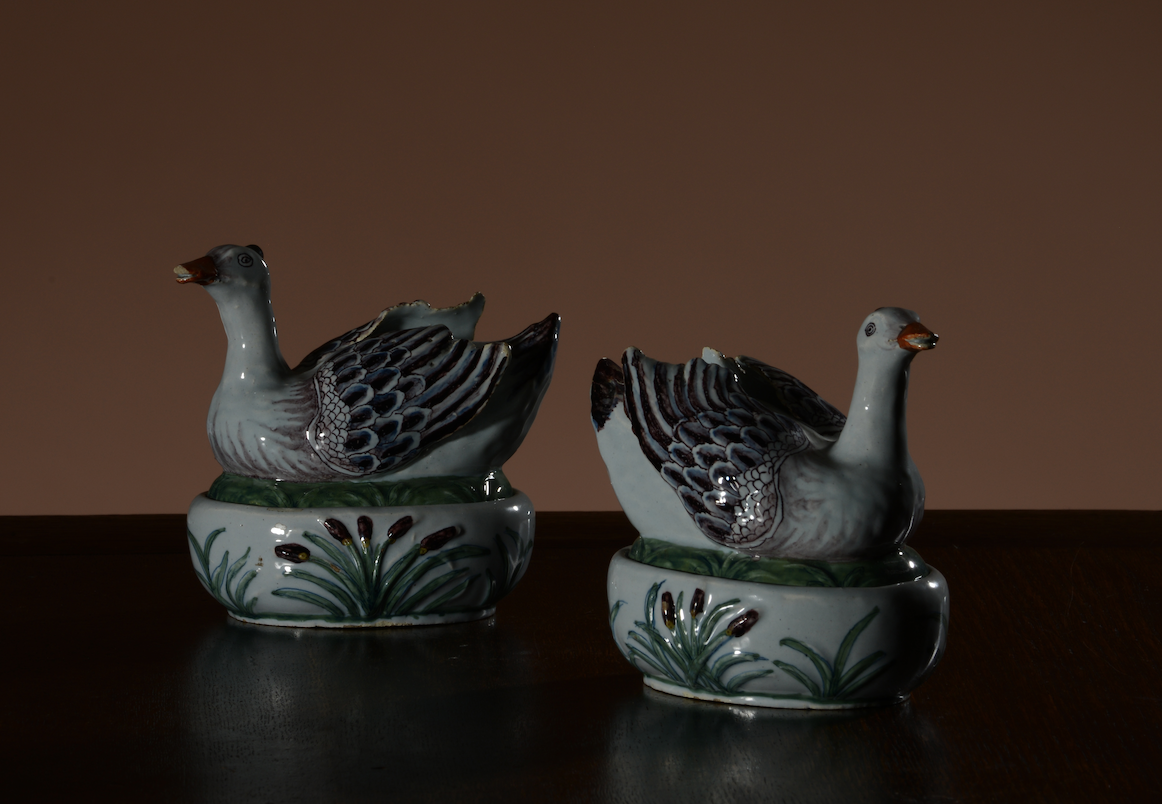 Although the meal became more structured as early as the fifteenth century, the organization and uniformity of table settings were slow to conform. For example, it was only by the end of the seventeenth century that smaller forks were introduced instead of the large two-tine forks of a size suitable only for serving. When the French cultural influence spread throughout Europe in the second half of the seventeenth century, it influenced not only language, literature, costume, fashion, architecture and gardening, but also manners, including the etiquette at the dinner table.

For the study of Delftware, the most significant influence came in the form of dining à la Française (in the French manner). The new style was less formal than the earlier Medieval fashion of dining, where the host or person of the highest rank was seated at the center of the room on a bias. Dining à la Française was a more democratic form of entertainment. Inspired by the French court of Louis XIV (1638-1715, reigned 1643- 1715), the serving dishes were laid out on the table symmetrically and in a very ordered way for each course. Each guest had their own set of plates and cutlery and would serve themselves from the platters, bowls or tureens within their reach. Each course provided an opportunity to display and use a variety of tablewares: plates, serving vessels and a panoply of decorative objects.

When the fashion for trompe l’oeil ceramics had spread throughout Europe in the second half of the eighteenth century, the tables of the nobility and wealthy bourgeoise were adorned with brightly colored fruits and vegetables of various shapes, or with zoomorphic objects in the form of domestic and exotic animals and birds, which gave the illusion of nature, luxuriant and animated. Small tureens and butter tubs became a specialty of the Delftware factories in the Netherlands in the second half of the eighteenth century. Naturalistically modeled as birds, animals, fruit and vegetables, often with accompanying stands molded with foliage, these tureens and butter tubs were often the centerpiece on the table. Tureens, platters, and fruits were designed to complement the various courses: large tureens for soup, stew or ragout; butter tubs and smaller tureens for sauces and creams.

Large, naturalistically modeled tureens were often the centerpiece of a formal dining service, and provided the potter with endless creative possibilities. Tureens modeled as birds, animals, fruit and vegetables, often with accompanying stands molded with foliage, were produced from circa 1750 in numerous faience and porcelain centers, including Strasbourg and Sceaux in France; Höchst and Meissen in Germany; Chelsea and Longton Hall in England; and even in Chinese export porcelain made predominantly for the Iberian market. The origin of these tureens is uncertain, but they probably evolved from polychrome sugar or wax figures and bird-shaped pastries. Incertain instances, they may have been created as more permanent and palatable replacements for real-life examples, such as the severed head of a wild boar that represented the trophy of a hunt. 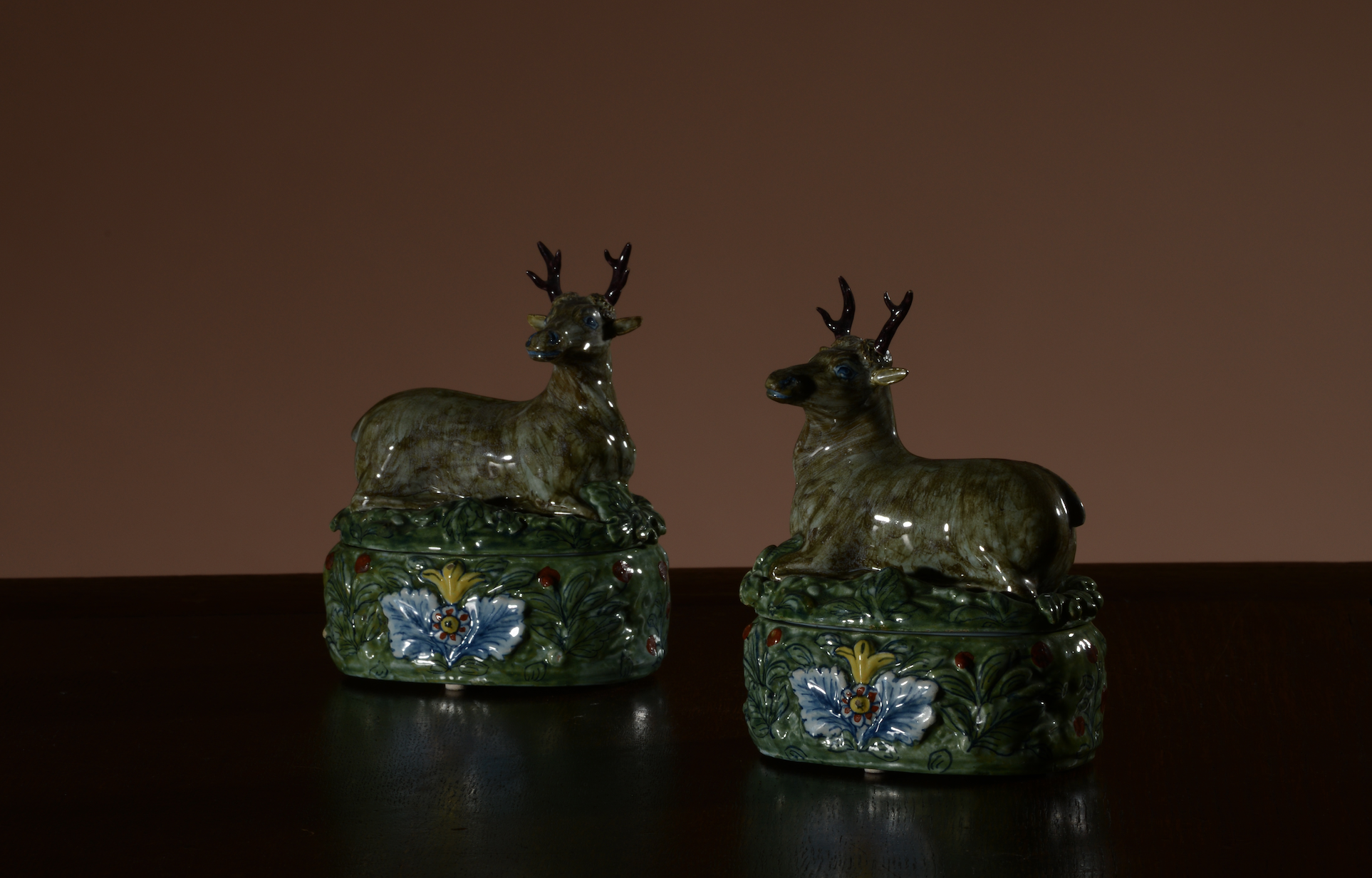 The tureens were often displayed amongst whole table services with other trompe l’ceil objects, such as brightly colored fruits and vegetables. Although the dining traditions changed, it becomes clear that a dinner party given by a prosperous family was a veritable feast for the senses: a gustatory treat to taste the beautifully prepared and perhaps exotic foods, and a visual treat in their presentation and in the table setting itself.