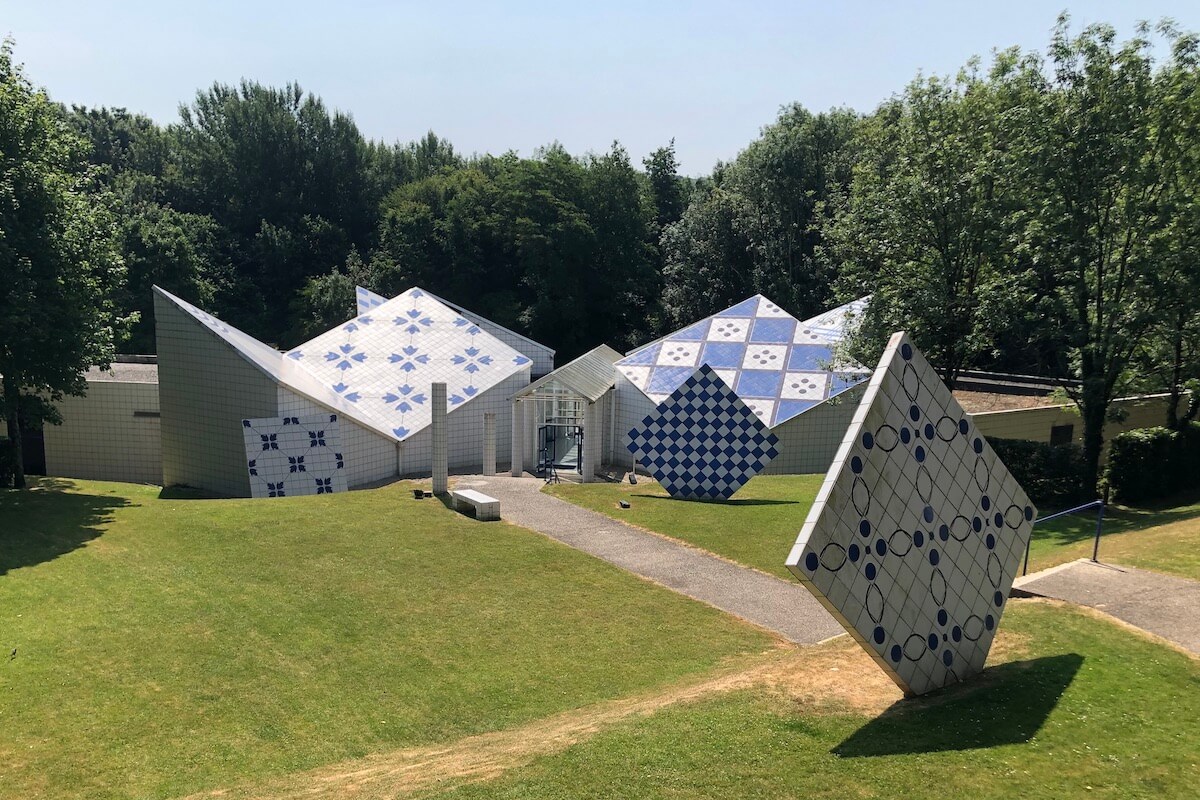 Seventeenth and eighteenth-century Delftware was inspired by many other ceramic centers. Sources of influence included Southern European wares, such as maiolica and Faenza, the much coveted Chinese porcelain wares and later the Northern European ceramic centers, such as Nevers and Meissen. Of course, Delftware was also inspirational for these same ceramic centers. Some examples of Chinese porcelain retain Delftware marks, and Meissen potters adapted the techniques of red stoneware objects after visiting the factories in Delft. The Delft industry further influenced faience factories in Northern France throughout the eighteenth and even nineteenth centuries.

Starting in the eighteenth century, the faience produced in Northern France was directly influenced by the Northern and Southern Netherlands. This successful venture largely remained a regional industry until the middle of the nineteenth century, and has continued in the city of Desvres until present day.1

The first faience factories were established in Northern France at the turn of the eighteenth century: in the city of Lille in 1696, in Saint-Amand-les-Eaux around 1705, in Aire-sur-la-Lys around 1713, in Bailleul around 1717 and for a short run in Saint-Omer from 1710 until 1715.2 The Saint-Omer factory preceded several earthenware factories that were established later in the eighteenth century. The faience of Saint-Omer is characterized by a bluish-white background color, covered with a smooth glaze, and a glossy enamel. Its color palette was quite extensive and evolved over time. The most important of these, the Saladin-Lévesque factory, was established in 1750 and aimed to compete with the faience of the Netherlands. The factory obtained a twenty-year privilege to produce ‘faience as good and as beautiful as that of the Netherlands,’ in which the Chinese-inspired motifs painted from Delftware were combined with shell motifs that were popularized by Rouen and Lille faience.

Until the middle of the eighteenth century, the regional French production of faience was concentrated in Flanders and the Audomarois region, while tile production was centered in the city of Lille.3 In 1765, the first faience factory in the coastal Boulogne-sur-mer region was established in Desvres. Other factories followed: Boulogne sur Mer in 1772, Vron in 1798 and then Hesdin in 1808.4

The factory in Desvres was established by the notary Maître Jean-François Sta, who brought skilled Dutch workers and painters previously working in Saint-Omer and Saint-Amand-les-Eaux. The earthenware produced in this factory during the eighteenth century included dishes, plates and jugs, but also some sculptures and probably tiles. The dishes are remarkably similar to the traditional Dutch majolica wares from the seventeenth century and faience from the eighteenth century that was produced in Frisian cities, such as Makkum and Harlingen.5 As with Dutch majolica, the earthenware from Northern France is characterized by its many colors and the simple decorations. Further, only the front of the objects is tin-glazed; the reverse is lead-glazed. However, in contrast to Dutch majolica, the Northern-French wares were not fired upside down, but were placed on pins in saggars. Therefore, there is no glaze damage in the decoration on the front, and only minor glaze damage of the pins is visible on the rim on the reverse.6 The subjects are also taken from Dutch majolica, from biblical and genre scenes to portraits, landscapes, floral still lifes and scenes from daily life.

The 1770s marked a turning point in regional production, which reached its peak at the beginning of the decade when ten important faience factories were active. However, the deterioration of the factories began soon after this peak. Around 1880, the faience factory of Desmoutiers in Saint-Amand-les-Eaux and that of Aire-sur-la-Lys stopped producing faience. In 1788, the Saladin-Lévesque faience factory in Saint-Omer also stopped production. At the end of the eighteenth century, the emergence of new centers formed in Vron and Ferrière-la-Petite in 1798, and then Hesdin in 1808, redesigning the map of regional faience production. The production of faience was now focused mainly on the northeastern border and on or near the coast around two cities: Lille and Desvres.7

Desvres gradually began to play an even greater role, in particular for the production of tin-glazed tiles between 1804 and 1807, when a second factory was established. In conjunction with the burgeoning industrialization at the turn of the nineteenth century, faience factories began to produce semi-mechanical tiles. This development led to the dominance of Desvres, especially after the closure of the last factory in Lille in 1850. Throughout the entire nineteenth century, there were eight factories that produced tiles in Desvres. The potteries of the ‘Cité pottière du Pas-de-Calais’, which constituted the most important centers of the region, continued to draw their figurative decorations from the Dutch repertoire, inspired by daily life in the countryside, on which shepherds, mills, buildings and wild or domestic animals appear.

For a long time, and even still today, the early faience made in the city of Desvres was confused with that of other Northern French centers, such as Lille. But, as is illustrated, it was also confused with the early Majolica production and the Frisian wares produced in the Netherlands. This illustrates not only the interdependence of the Northern French factories, but also shows to what extent they were inspired and imitated seventeenth and eighteenth-century Dutch pottery.