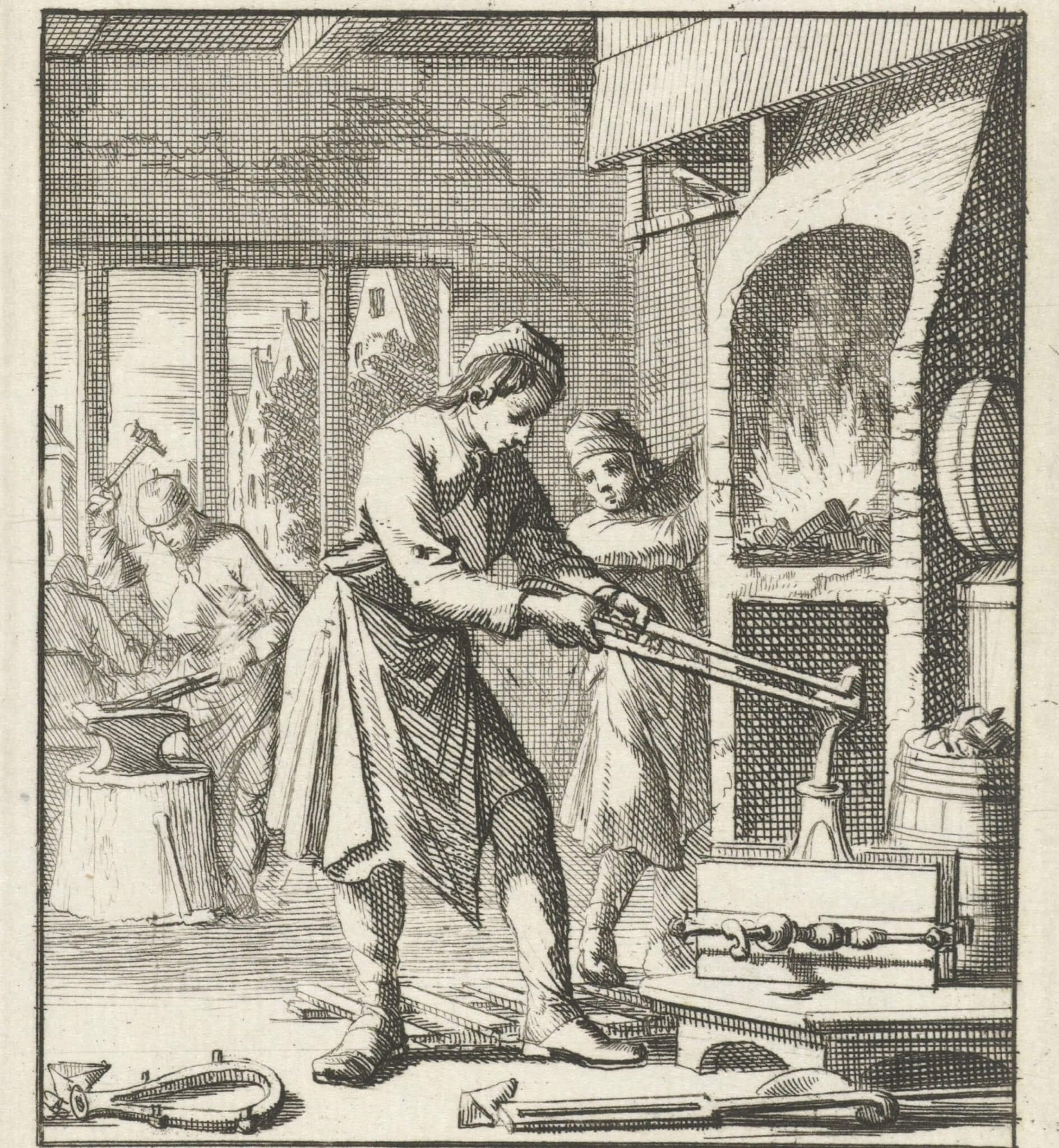 During the seventeenth and eighteenth centuries, the city of Delft boasted a number of flourishing industries in addition to the well known earthenware. There was a cloth industry, breweries, and also a rich silver industry.

Around 1600, the finest silver objects in the Low Countries were made in Delft. The city was transformed when William the Silent, Prince of Orange, fled to Delft in 1572. William was followed by a number of artists and artisans, including leading silversmiths from Antwerp. Under the court of William the Silent and its proximity to the court in The Hague, the artists initially received many commissions and the entire industry experienced an unprecedented boost. Following the court’s lead, the bourgeoisie also commissioned skillfully made silver objects. The masters of the Delft silversmiths’ guild produced works of the highest quality for more than two centuries.

While the silver industry centered in Delft during the early seventeenth century, the most renowned silver artisans moved to The Hague, Amsterdam and Utrecht later in the century. The Delft silversmiths continued, however, to be exceptionally good and kept pace with the latest domestic and foreign fashions. One such fashion to emerge in Amsterdam and Utrecht was the auricular or lobate style. The silversmiths approached the medium in a completely different way from their predecessors, forming the stubborn material into lobed shapes and fluid contours. The Delft silversmiths paid close attention to their colleagues in The Hague, Amsterdam and even abroad to satisfy their clients’ demands for the latest fashion in silver.

At the end of the seventeenth century the court of King Louis XIV became the arbiter of style, and the House of Orange modeled itself after the French court. By 1700, the Louis XIV-style was ubiquitous in the Dutch Republic, especially in silver objects. Once fashions changed, it was common for silver to be melted down and remade in the latest style. Silversmiths in Delft were flooded with orders from a small group of wealthy Delft citizens. The ascending bourgeoisie wanted to display their newfound wealth and carefully observed rising court trends.

The production and use of household silver objects peaked during the eighteenth century. Dinner parties and soirees provided a setting for an abundance of beautiful silver. For example, glasses were chilled in silver coolers and tea was served in silver services. During the course of the eighteenth century, customs changed and table manners were refined. Besides serving all dishes on silver plates, people used specially designed silver cutlery. Where until 1700 guests would bring their own knives, and more often would eat with their hands, it was now appropriate to have full sets of cutlery for guests. A knife, fork and spoon were all placed to the right of a plate. As the century progressed, cutlery became more elaborate. There was a different utensil for every task at the table; one spoon for the soup, another for the fish and another for the sugar.

Although expensive, silver ownership was far more widespread among the population in Holland in the eighteenth century than in other European countries. Silver boxes, buckles, buttons and spoons are found in all estate inventories of eighteenth century Delft, from the wealthiest to the poorest households. For a few guilders, for example, one could buy a lightweight silver cup. For families with limited financial means, silver was a nest egg, for old age or even a way of paying for a funeral.

Article based on exhibition “Silver, Masterpieces of Delft Silver 1590 -1800” in Museum Prinsenhof Delft, 2020.