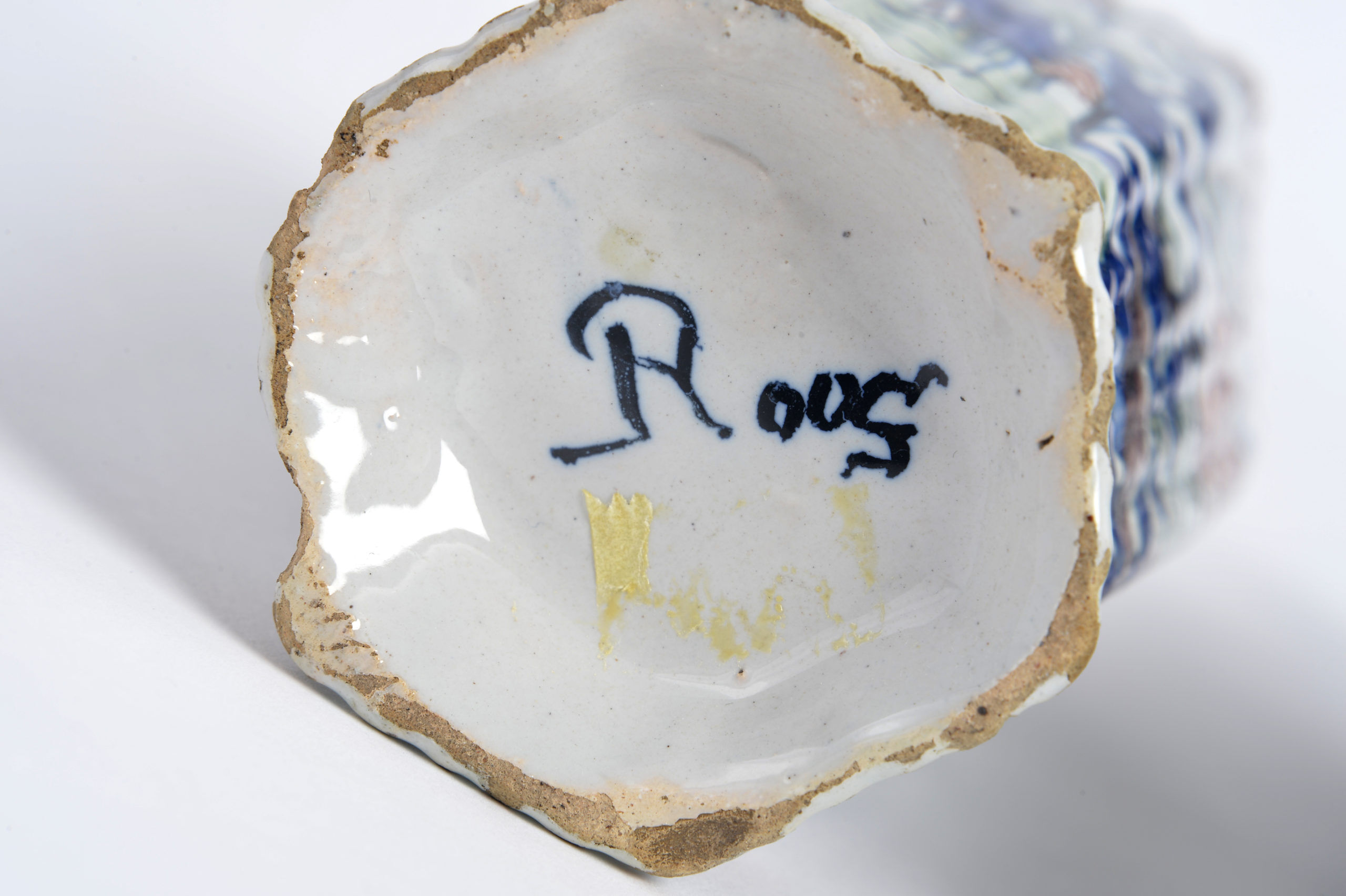 De Roos (The Rose) factory was built on the west side of Noordeinde street in Delft in 1661. A lease from 1662 offers an early glimpse of a well-run company in its infancy. The lease states that for example the tenant was obliged to maintain the kiln with certain tools and to take care of all the arrangements for the so-called aardewasserij (a place to clean the clay).1 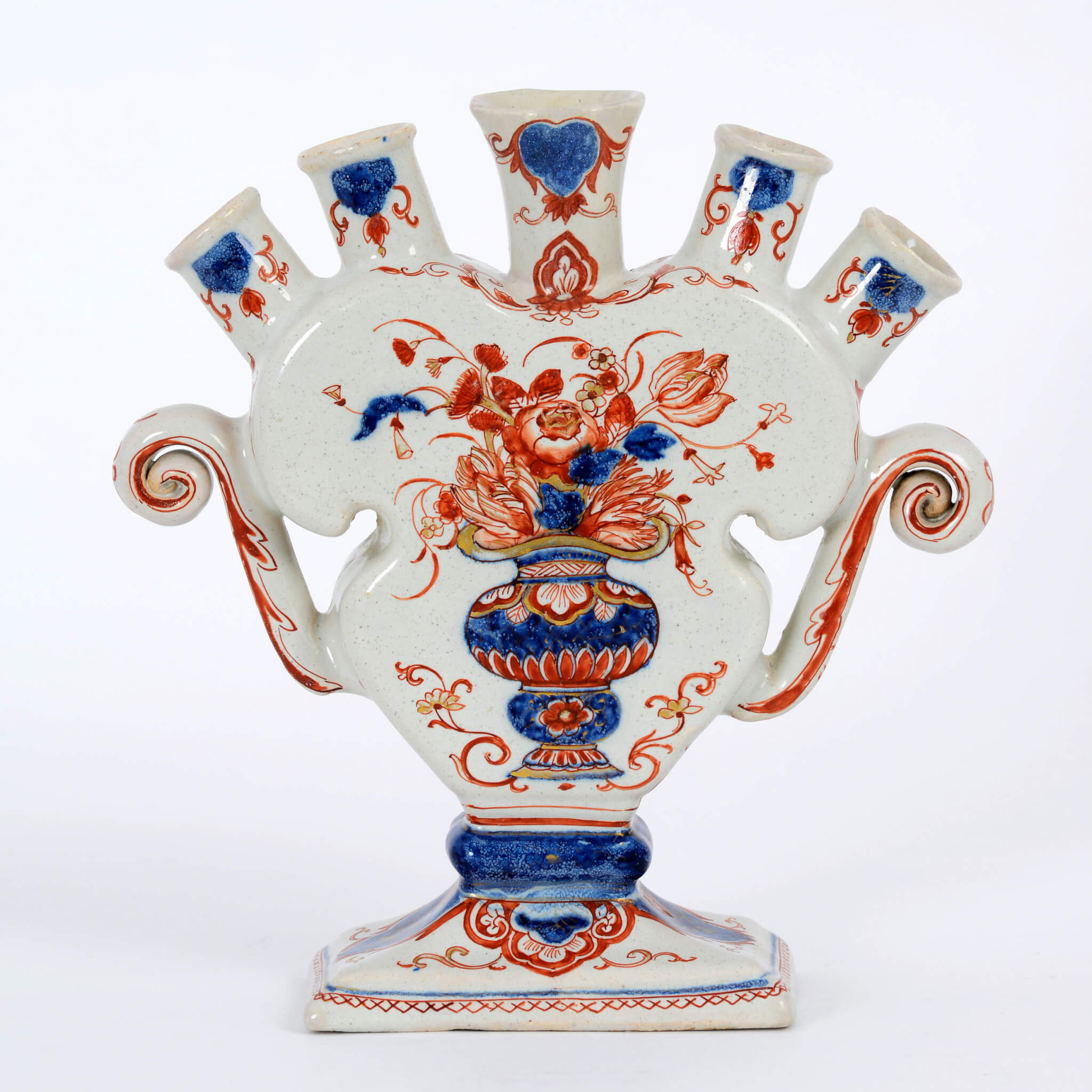 By 1685, the factory had changed hands several times, and the abandoned estate of the house, the yard and De Roos factory was offered for auction. However, a new era began in 1694 when Dammas Hoffdijck and Jacobus de Lange formed a partnership and purchased De Roos factory. Hoffdijck was previously employed by the VOC as a low rank chaplain, known as a ziekentrooster, and De Lange was the director of a greinhal, a hall in which camlet, a cloth woven from goat’s hair was produced or sold. 2

Despite their lack of pottery experience, De Roos produced exquisite blue and white objects under their management. Many objects were decorated with religious subject matter, with some decoration taken from engravings by Lucas van Leyden. Objects produced during their ownership sometimes bear the mark ‘Roos.’

Another hallmark of their production was the cashmere pattern. De Roos was one of the first factories to produce objects decorated with the ‘exotic’ style, a fact that underscores their ability to adapt their production to satisfy the demands of their clientele. The delicate grand feu decoration of these Delftware objects were given the descriptive title ‘cashmere’ for their likeness in color, and exotic, dense motifs to the fine woolen shawls that were imported from India and worn by high class European ladies. The earthenware of this category have a reeded surface with a color scheme of blue, red and green, and occasionally decorated with manganese and yellow. The few pieces of Delftware with black glazed decoration are almost always on a non-reeded ground and are typically reserved for exceptional forms. 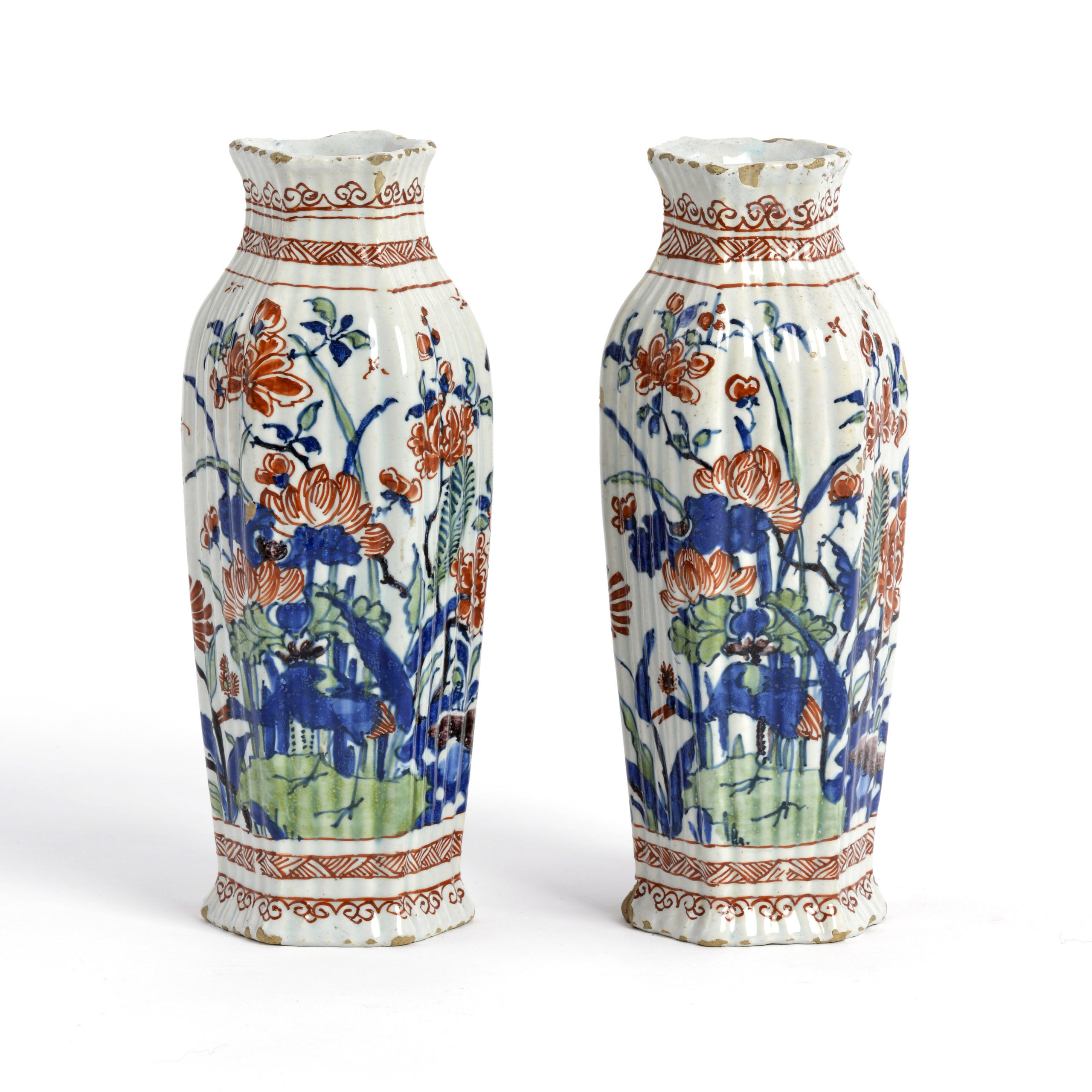 The successful collaboration between Hoffdijck and De Lange prompted the owners to purchase De Witte Ster factory in 1705. As a result of this collaboration, the production of these two factories are very similar during this period. 3

Cornelis van Dijck was not a successful businessman. Costly repairs, materials, and tools in combination with the low sales of Delftware did not make it easy for him. Moreover, the war had driven up the price of materials. Van Dijck was financially committed to no fewer than five Delftware factories, and the costs for each continued to overwhelm him. Further, a number of illnesses and deaths in his family complicated his financial position. 4 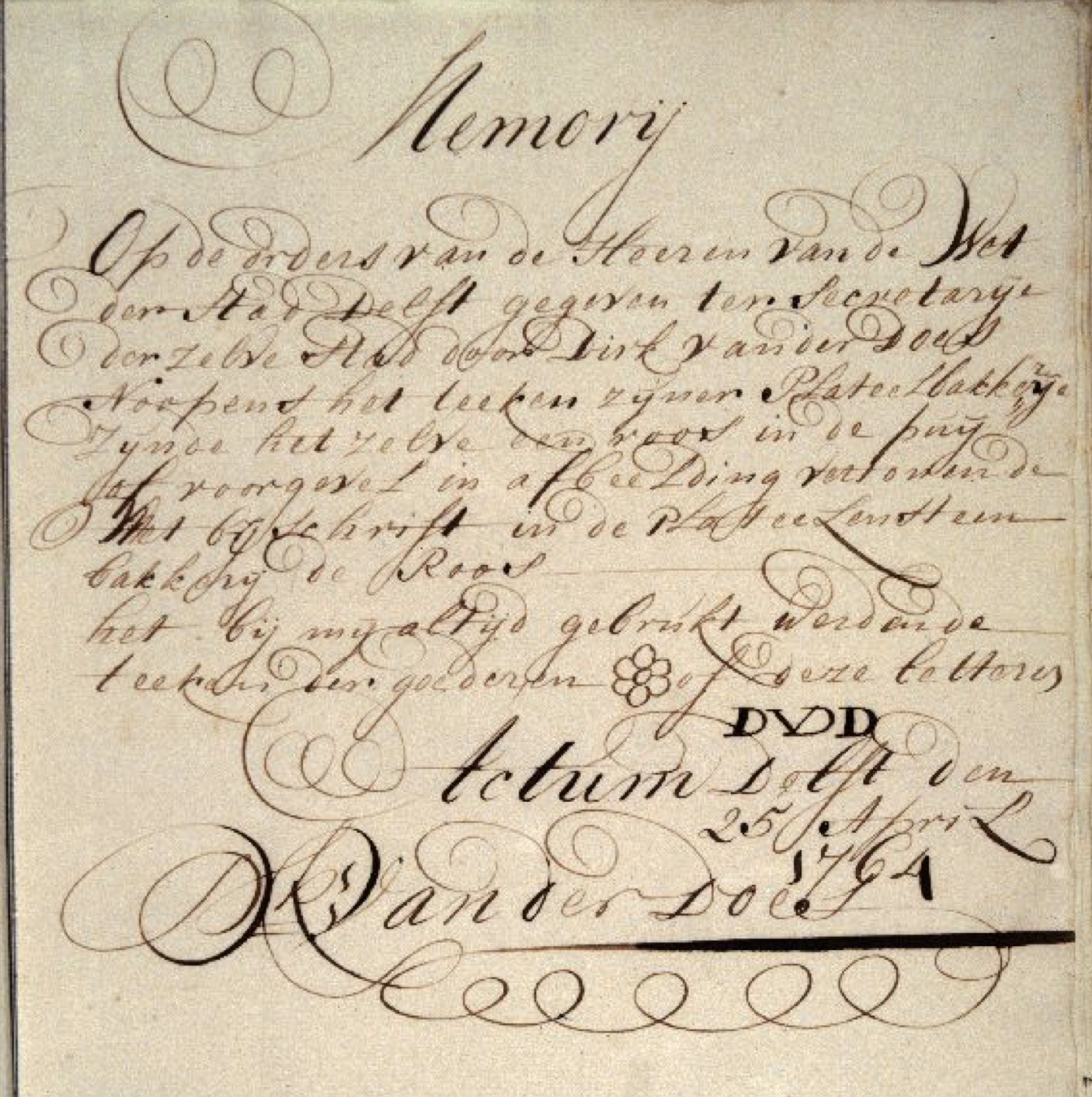 Although Cornelis van Dijck was not a successful entrepreneur, he led a comfortable life. An estate inventory details the contents of his spacious house: rooms filled with gold leather, a harpsichord and cabinets and mantel pieces filled with Delftware and Asian porcelain. 5

The factory was sold to Dirck van der Does, who in 1764 deposited the DVDD mark as a figurative sign of a rose. Van der Does also produced tiles, and changed the sign on the facade to ‘In de plateel- en steenbakkerij’ (In the pottery and brick factory). In 1770 Van der Does sold the factory to tile producer Anthonij Rudolphus Blommendael. Already in 1777, the tile factory was transferred into the hands of a company of nine entrepreneurs, including Hendrik van Hoorn, master potter of De Drie Porceleyne Astonne (The Three Porcelain Ash-barrels) factory. For almost 100 years, the factory was known as a tile factory until it was sold in 1841, after which the curtain fell on De Roos in 1858.