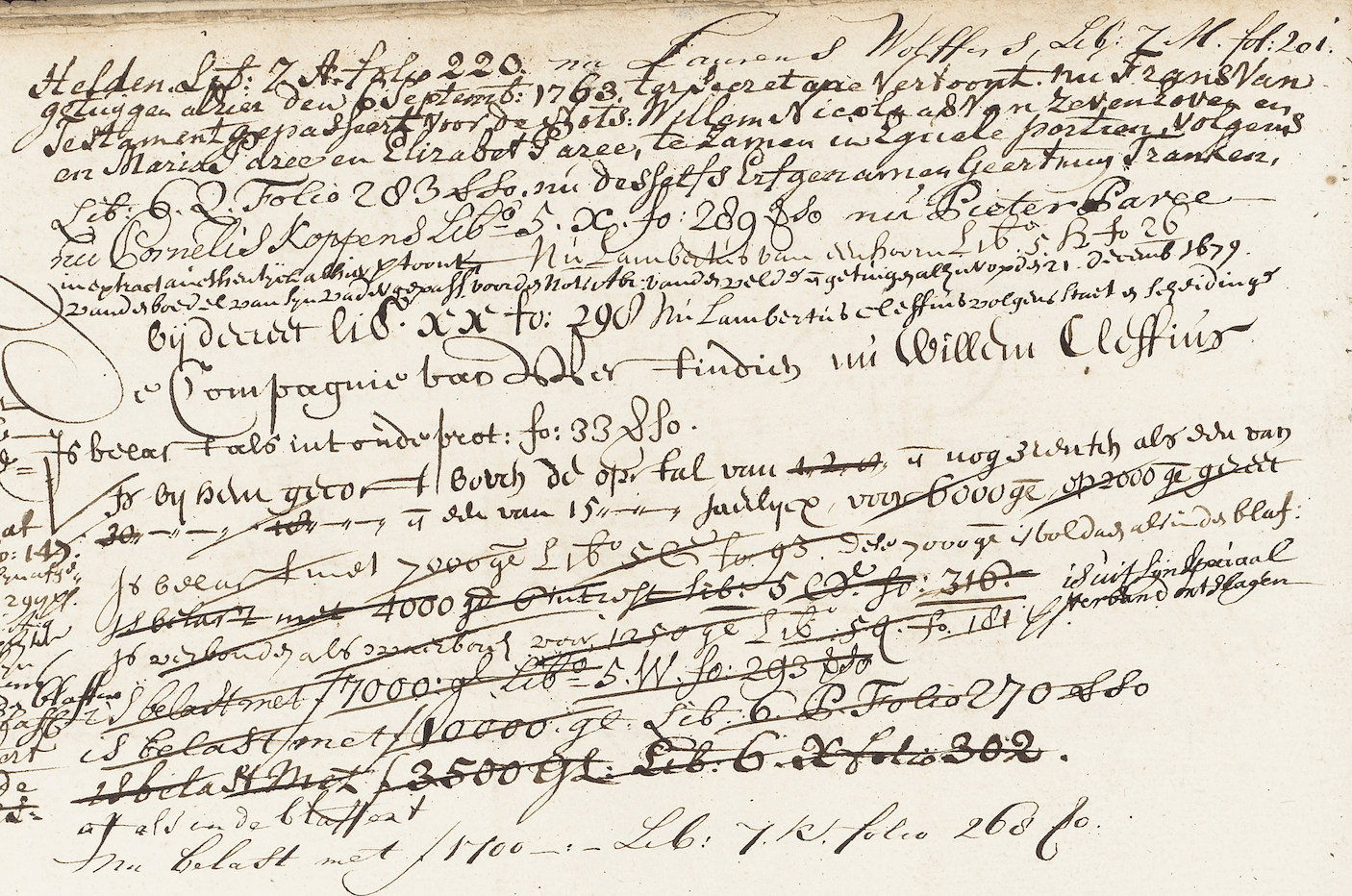 In a building named “de metalen Poth”, located on the Geer, the present Lange Geer in the city of Delft, the factory arose in 1670 as the last in row of four Delftware factories. On the south side of De Metaale Pot (The Metal Pot) was ‘t Fortuyn ( The Fortune) factory and to the north De Drie Posteleyne Astonne (The Three Porcelain Ash Barrels) and De Grieksche A (The Greek A) factories. The building which was transformed from a brewery into the chamber of the Dutch West India Company, included a house, a courtyard, a warehouse and sheds. De Metaale Pot factory was one of the most famous Delftware factories in the city. Its history extends over more than 100 years and is divided into five production periods. 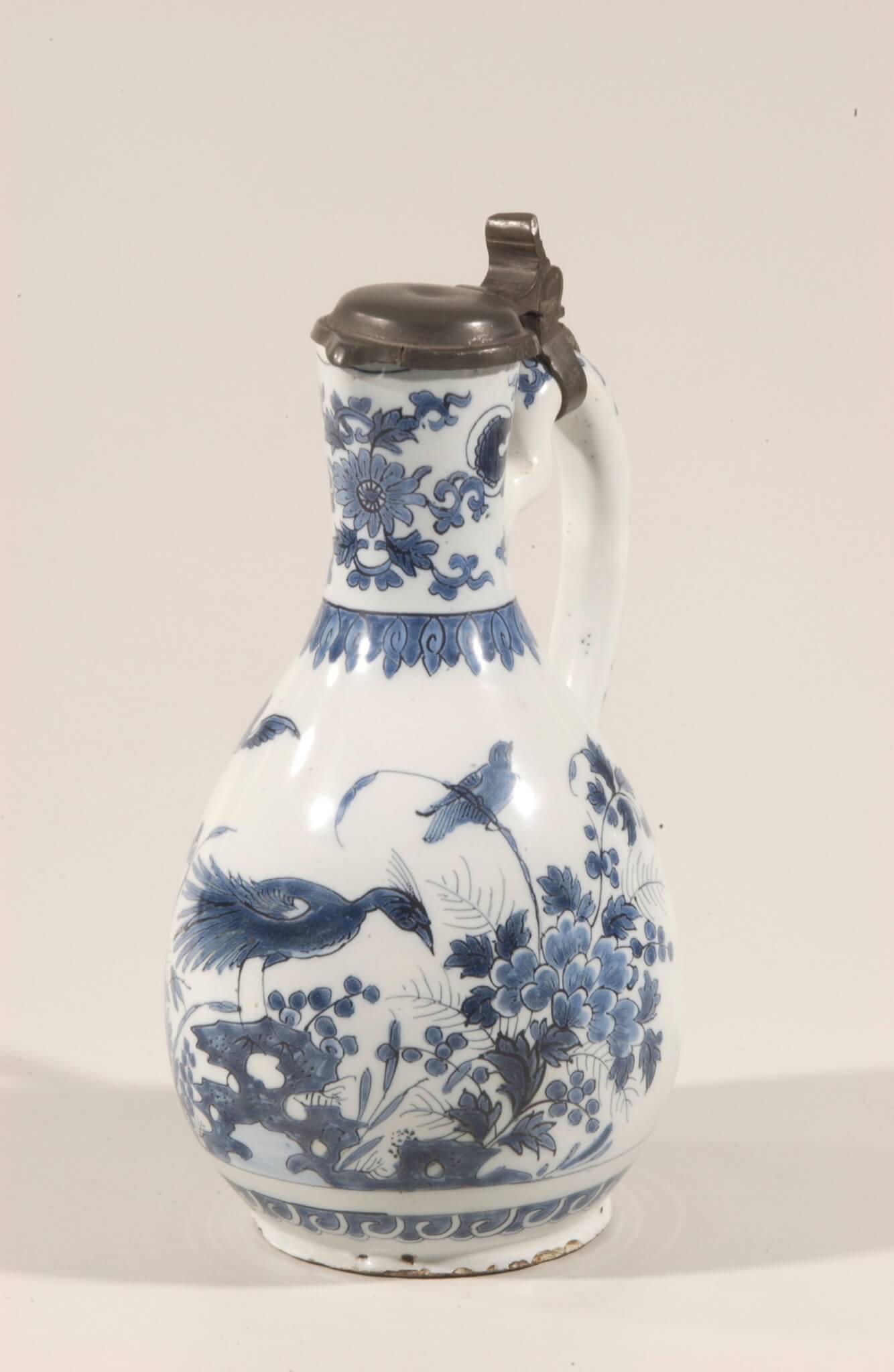 The Delftware industry reached a pinnacle of success amongst European earthenware makers by the second half of the seventeenth century. Very rapidly, the number of factories producing Delftware dramatically increased. At first, the market was mostly dominated by families of craftsmen whose knowledge was built on generations of experience. However, the Delftware industry soon attracted wealthy foreign investors due to the lucrative nature of the business. The investment and business sense of individuals such as Willem Cleffius and his son greatly enhanced the Delftware industry.1 Willem Cleffius was originally from Cologne, and later moved to Amsterdam where he became a merchant. In 1632, he married Marguerite Lambrechtsdr. Cruyck, the daughter of Lambrecht Gisbrechtsz. Cruyck, owner of De Dissel factory. By marriage, he also became the brother-in-law of Wouter van Eenhoorn, the founder of De Grieksche A factory. This connection certainly made Willem Cleffius a well-informed investor into the Delftware industry. In 1662, Willem Cleffius became co-owner of De Paauw (The Peacock) factory, which marked his first step into the field of Delftware. At first, his role must have been strictly financial, as he inscribed himself at the Guild of Saint Luke as a plateelhouder (shop-owner) four years later. On January 6, 1670, he purchased De Metaale Pot factory from the directors of the Dutch West India Company.

Lambertus Cleffius, the son of Willem, joined the company as soon as his father had acquired it. After his marriage in 1672, he became a shareholder of the company. Lambertus may have handled the day to day operations of the factory, while his father oversaw the business. Lambertus was registered as a plateelbakker (pottery master) at the Guild of Saint Luke since 1667. When his father died in 1679, he became the sole owner of the company. Like his father, he also had shares in other Delftware companies, such as De Witte Ster (The White Star) factory in 1687. The factory developed an international clientele, including Wenzel Ferdinand, Prince Lobkowicz of Bílina (1656-1697) who commissioned a large Delftware dinner service. Lambertus Cleffius died in 1691. Despite his numerous accounts and unpaid bills, his estate inventory suggests that he was very wealthy and owned a significant collection of paintings, oriental porcelain and Delftware. De Metaale Pot was bought on April 6, 1691 for 9,500 guilders by his cousin, Lambertus van Eenhoorn.2 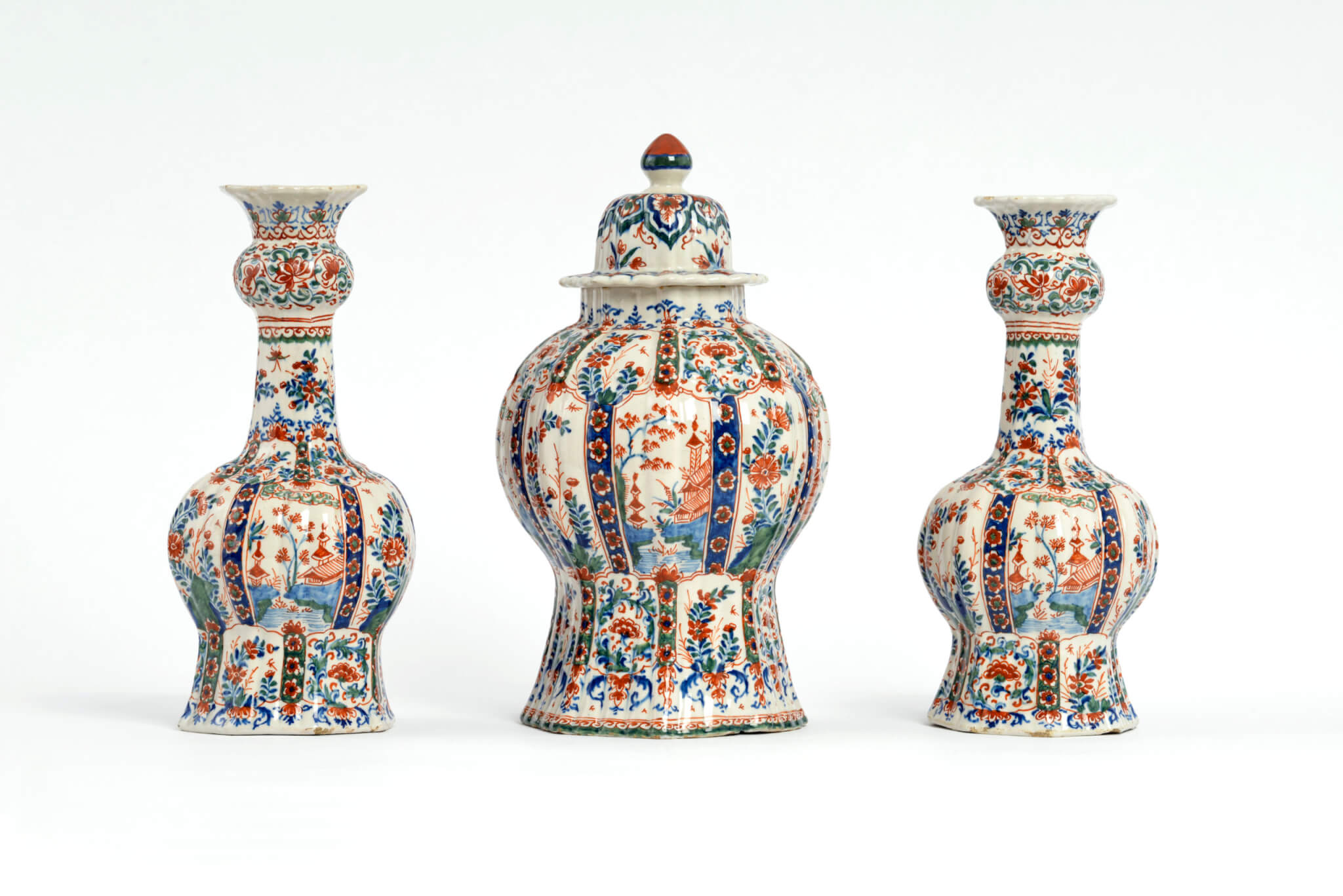 Lambertus van Eenhoorn was the son of Wouter van Eenhoorn, and brother of Samuel van Eenhoorn, two famous successive owners of De Grieksche A factory. His career as a Delft potter would seem like a natural progression given his family connection, however he chose to forgo his destiny at first by traveling, and even attending medical school for a short while. In 1689, Lambertus was referred to as a ‘jegenswoordigh porceleynbacker’ (nowadays a maker of porcelain). In 1691, Lambertus purchased De Metaale Pot factory after the death of its owner, Lambertus Cleffius. Adrianus Kocx, his brother-in-law and owner of De Grieksche A factory from 1686 to 1701, used his influence and acted as a guarantor for the transaction. After the purchase of the factory, Lambertus van Eenhoorn began to comfortably settle into his new life as a potter, leaving his desire to travel in the past. He quickly became one of the most important Delftware potters of his time, adapting his production to the public’s taste and maintaining the integrity of his factory’s reputation. Through his influence, Lambertus van Eenhoorn gave De Metaale Pot factory its enduring notoriety for beautiful and innovative designs. Drawing upon his renowned craftsmen and employees, Lambertus van Eenhoorn made a permanent mark on the development of Delftware. After his death in 1721, his wife took charge of the factory, and in 1724 sold it to Cornelis Koppens. 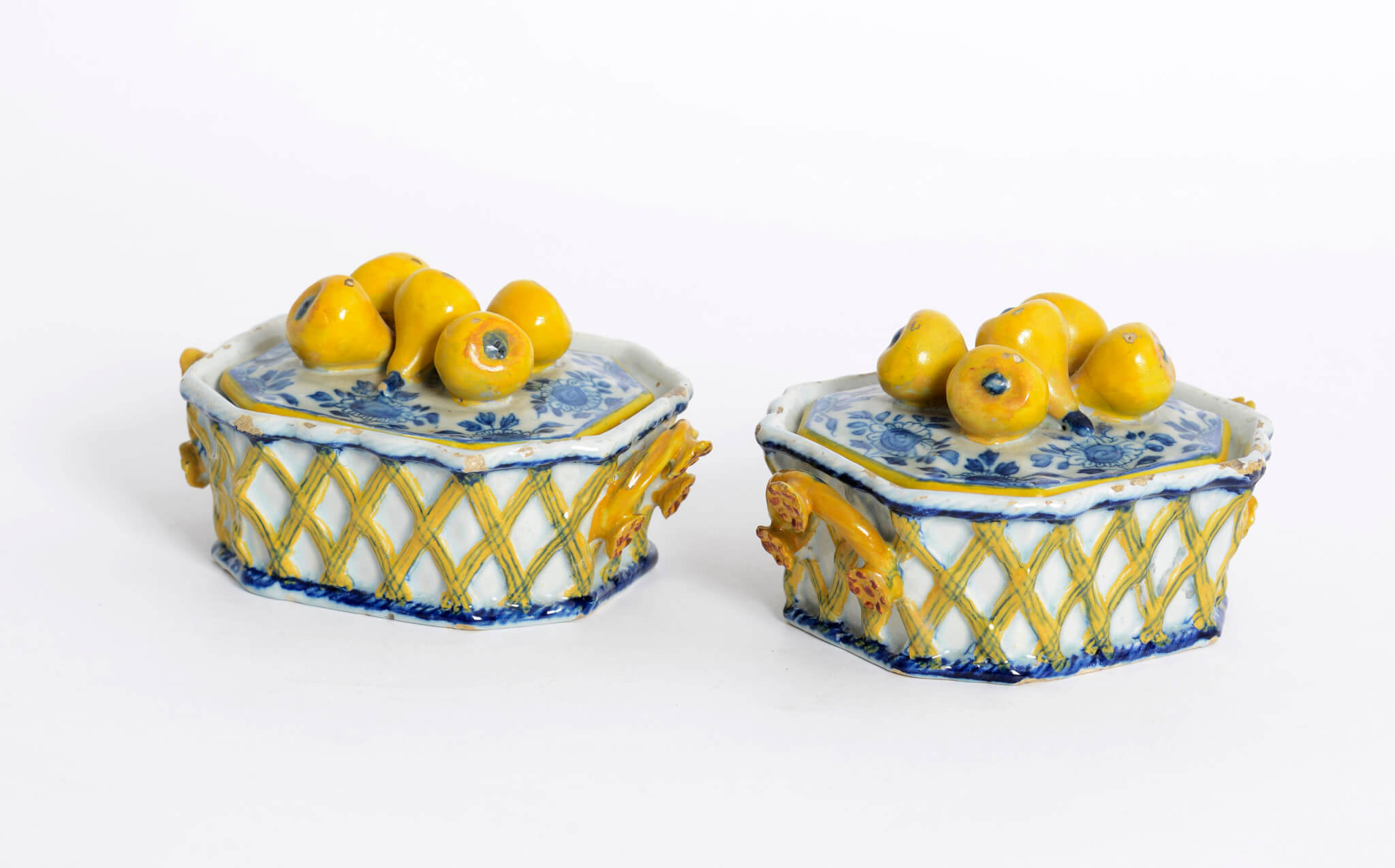 The information about De Metaale Pot factory from 1720-1750 is very scarce. Cornelis Koppens bought the factory from the widow of Lambertus van Eenhoorn in 1724. The Koppens and Van Eenhoorn families were indeed close, as it was recorded that Cornelis’s son was appointed as guardian of the Van Eenhoorn children.3 Cornelis Koppens is among the numerous talented master potters in the Delftware industry who deserve more scholarship. Beginning in 1723, Koppens was appointed the headman of the Guild of Saint Luke several times.

Master potter Pieter Paree, the son of a linen weaver, purchased the factory in 1756. After having traveled to Asia several times, including as quartermaster on a VOC ship and in the rank of lieutenant, he became a brewer in 1752. Even after the purchase of the factory, it appears that he still worked for the same brewery as a merchant ‘in-company’. Paree died in 1770 and the factory passed to his heirs. Although De Metaale Pot appears to have existed as such in 1771, it is possible that the production ceased shortly after Paree’s death.